The MLA, who is senior leader Kailash Vijayvargiya's son, attacked a municipal officer even as he was surrounded by mediapersons. 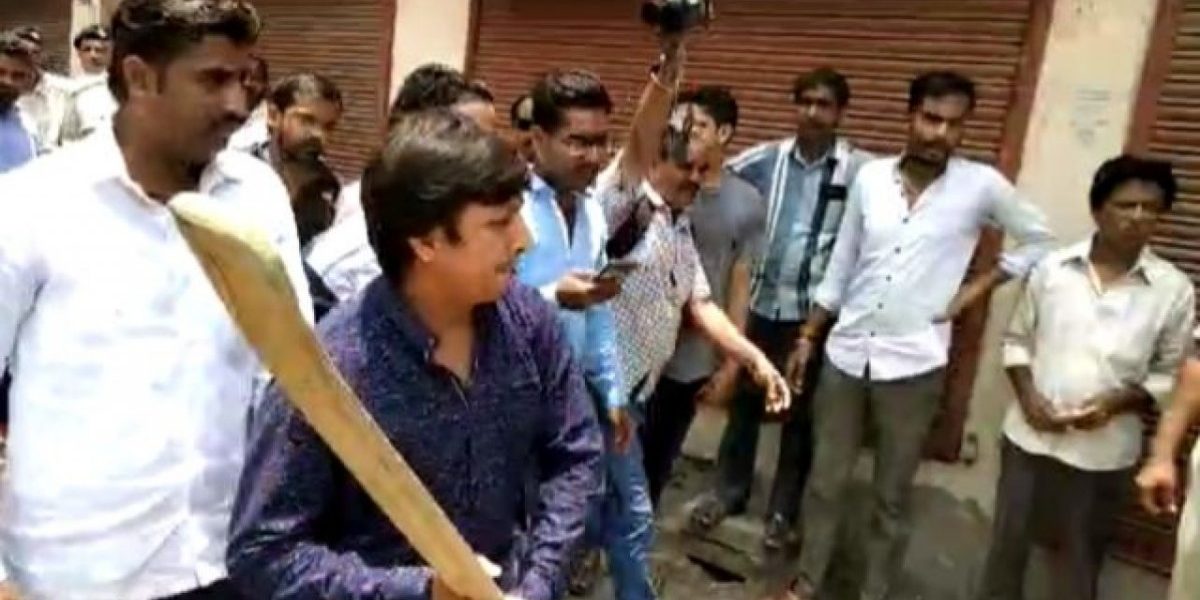 New Delhi: Akash Vijayvargiya, a BJP MLA from Madhya Pradesh, was on Wednesday arrested for attacking a municipal corporation officer in Indore with a cricket bat. He is the son of BJP senior leader Kailash Vijayvargiya.

A video of the assault went viral on social media, after which police filed an FIR against Akash Vijayvargiya and ten others in connection with the assault, an official said. In the video, the MLA is seen thrashing the officer even as mediapersons surrounded him with cameras and recorded the entire incident. Some other men can also be seen attacking the official.

Justifying his action, Akash said, “In the BJP, we have been taught, pehle aavedan, phir nivedan aur phir danadan (first, appeal, then request and later thrash them).”

#WATCH Madhya Pradesh: Akash Vijayvargiya, BJP MLA and son of senior BJP leader Kailash Vijayvargiya, thrashes a Municipal Corporation officer with a cricket bat, in Indore. The officers were in the area for an anti-encroachment drive. pic.twitter.com/AG4MfP6xu0

Eye-witnesses said the locals were protesting against razing of a house when Akash, who was a part of the protest, warned the civic body staff of “consequences” if they do not leave the spot.

His supporters even removed the keys of the earth moving machine brought in to carry out the demolition, they said.

Akash then got hold of a cricket bat and started hitting an officer who was talking over his mobile phone. The MLA’s supporters also attacked the officer and abused him, while police personnel tried to bring the situation under control.

Soon after the incident, Indore Municipal Corporation employees held a demonstration by stopping their work.

Akash said some civic officials were razing even those houses which are in a good condition, by declaring them as dilapidated.

#WATCH BJP MLA Akash Vijayvargiya (son of senior BJP leader Kailash Vijayvargiya) being taken to court, after he was arrested for thrashing a Municipal Corporation employee in #Indore. #MadhyaPradesh pic.twitter.com/RxWsHGDPrN

Condemning the assault, state Congress spokesperson Neelabh Shukla said, “The lawmaker himself has broken the law. The incident has exposed the real face of the BJP.

The MLA was taken to court, along with ten others who were arrested for the assault on the public servant.