From delays in license renewals to having just one slaughterhouse on the edge of the city, Jaipur's meat sellers are not new to the troubles that come with selling meat. 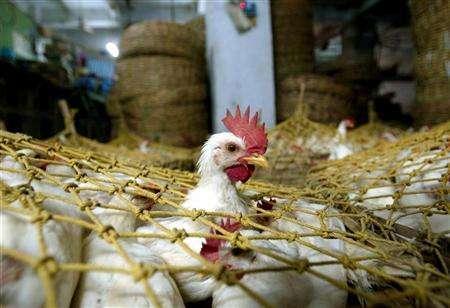 Jaipur:  The city’s meat sellers are an unhappy lot. They claim their problems have always been overlooked by the Jaipur Municipal Corporation (JMC), notwithstanding umpteen pleas to solve the essential issues.

Adding to their woes, the JMC now will crack down on illegal meat shops and slaughter houses from April onwards, toeing the line set by Uttar Pradesh, which has banned all illegal slaughter houses.

Jaipur mayor Ashok Lahoty says nobody will be spared once the drive against the illegal meat shops starts in April.

Meat sellers say they cannot be blamed on both accounts as licences have not been renewed by the JMC for almost two years now and there is only one slaughter house in the entire city which has a population of a little over three million as per the 2011 census.

There is ambiguity over the issue as meat vendors claim the JMC has not renewed the licence of a single meat seller in the year 2016-17. There are about 2,000 licensed meat shops in the city.

Abdul Raquf Khurshi, president of the New Jaipur Meat Association, told The Wire, “When we gave 2,000 licences to be renewed in the year 2015-16 before March 31 along with all relevant documents, only 20% of the licences came back renewed. About 80% of the licences did not come back to us. So who is at fault, meat sellers or the JMC? Are we supposed to leave all our work and sit at the JMC everyday to get our licences renewed? We have been visiting the offices off and on, but in between, when the Hingoniya incident occurred in August-September last year (where more than 1,000 cows died in the muddy slush of the cow shelter), not a single JMC officer could be found there. Everybody was busy with headline-grabbing at the Hingoniya gaushala then. And our licences renewals were conveniently forgotten. By then the year had passed.”

He added, “Now with the drive [starting] from April, the JMC officials will come and ask for licences which we do not have. Although they know the reason, they will levy a penalty or find some other lacunae in the shops. Then our shops would have to be shut till the licences get renewed. Our business will suffer and consequently our families. Who is to blame for all this?”

A meatseller on the city’s main Tonk Road, who did not wish to be named, said, “Rs 1000 is too steep a hike. They could have done it in steps.”

Most meat sellers complain that there is only one slaughter house in Chainpura, which is about 20 km from the city . It remains open only from 4 am to 7 am in the morning.

As per the rules, no vendor is allowed to slaughter their animals in their shops or houses, which practically means, every vendor has to travel to Chainpura to get their animals slaughtered, irrespective of the distance from their shops.

Khurshi, 60, who has been in the business for 36 years, said, “JMC has always had a step-motherly [attitude] towards us. Earlier Jaipur used to have two slaughter houses – one on MD Road and the other in Chandpole. That was then when the population of the city was 40,000. Now the population has grown manifold but only the Chainpura one is there, which is most ill-equipped. There is no provision or facilities for us, no water, no shade, nothing. In UP, the slaughter houses are all mechanised. Here they are not even clean, let alone mechanised.”

He said a person staying far away would have to carry his animals to Chainpura for slaughter by getting up around 2 am as the slaughter house is open for only three hours.

“And at 2-3 am in the night, police would invariably stop you and ask if the animals being transported are illegal and then you have to bribe them, apart from paying a hefty fare to the autowala or tempo. So what profit are we left with?”

Under his association, there are about 125 meat-selling shops and around 50 families survive on this trade.

The JMC, meanwhile, disagrees with the meat sellers’s version of things.

Dhara Singh, deputy commissioner, JMC (slaughter house) clarified, “This licence drive is not something new. We have been conducting regular checks from time to time. Last month, we issued about 25 challans over licence renewal. Although there have been some lapses in renewals but we are trying to get as much data as possible about illegal shops and slaughtering. With the Uttar Pradesh ban, this drive has assumed new significance, especially in the media.”

But he admitted no survey has been undertaken to estimate the number of illegal shops or on what basis the JMC will conduct its raids. He said this would only be on the basis of information provided by people.

According to the association, Jaipur has about 3,500 shops, out which 2,000 of them have legal licences, which were not renewed last year owing to JMC’s negligence.

Meat sellers plan to protest the drive and the “illegal” crackdown against them by holding a dharna.

A meat ban is not something new in Rajasthan. Every year during Jain festivals, meat shops and slaughter houses are closed for two to three days or a week.