While the Muslim and Yadav communities are generally perceived as supporting the RJD, the backward Ansari community is unhappy with the party's unwillingness to put up its leaders in elections. 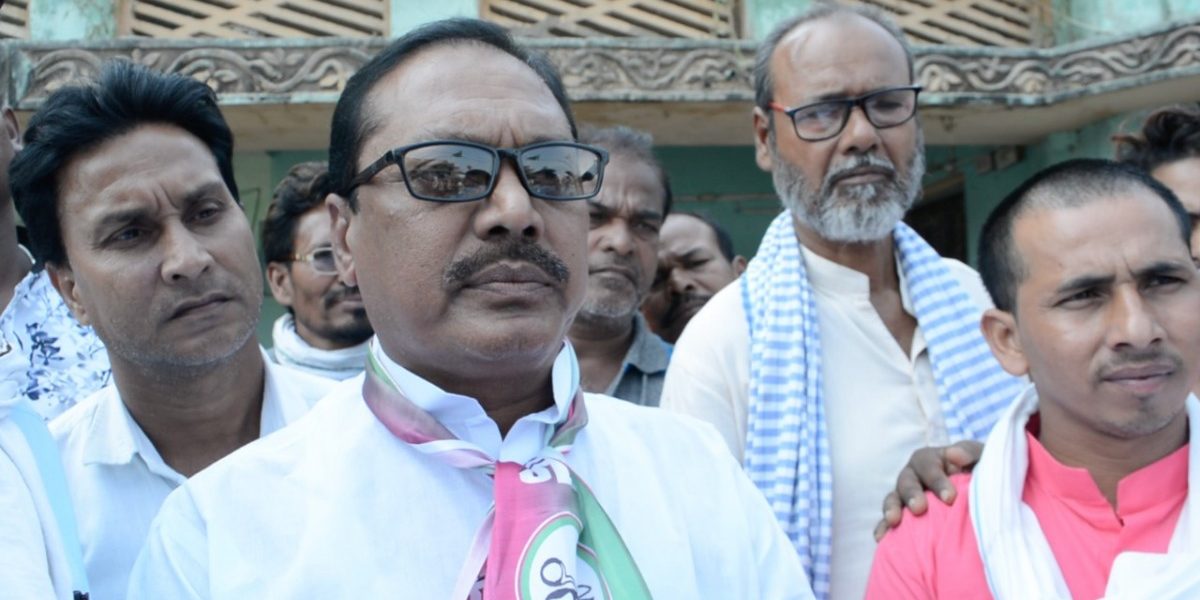 Mahua/Vaishali: At Chapaith village of Mahua, Parvez Alam finds it difficult to contain people’s excitement about his candidature. “Shaant rahe (Maintain silence, please),” he appeals to his supporters who flank him from all sides. All of them are cheering him on with slogans of victory, but Parvez, the Rajesh Ranjan alias Pappu Yadav-led Jan Adhikar Party (JAP) candidate from Mahua, looks visibly discontented.

“I am fighting for our community’s rights. People from all backward communities will vote for us. We have been with the people through thick and thin. They know us. The RJD, on the other hand, has betrayed us,” he says.

The RJD, Parvez claims, made him wait until the last moment to give him a ticket despite the fact that he had “applied” for it months ago. “There was eventually no communication from the RJD’s office. As a result, I and many like me from the Ansari Muslim community had no choice but to leave the party,” he says.

“I had contested from Kanti on an RJD ticket and got 48,000 votes. Yet, the party thought it fit to nominate an unknown person from the constituency,” Parvez tells The Wire.

Tejashwi Yadav’s elder brother Tej Pratap Yadav is the sitting legislator from the Mahua assembly seat, but has given it up to contest from Samastipur’s Hasanpur. Parvez Alam fumes at the RJD for not considering him to replace Tej Pratap in Mahua. “People in Vaishali and Muzaffarpur districts know me. I am a familiar face,” he says, contrasting himself with RJD’s candidate Mukesh Kumar Roshan.

“Pappu Yadav was kind enough to accommodate many aspirants from the backward Muslim community in his party. He is a genuine person. Not only did he work a lot for the poor during the lockdown, he has also put his weight behind the Muslim community,” he adds.

The PDA is one of the four fronts in the Bihar assembly polls and comprises smaller constituents like the Chandra Shekhar Azad-led Azad Samaj Party, the Social Democratic Party of M.K. Faizi, and the Bahujan Mukti Party. Apart from Upendra Khushwaha’s Rashtriya Lok Samata Party-led coalition, which also consists of the Bahujan Samaj Party and Asaduddin Owaisi’s AIMIM among other smaller parties, the PDA has emerged as a key player in several constituencies of north Bihar.

Although the alliance is unlikely to leave a dent on the larger electoral scenario, it has become a pad for multiple discontented leaders – of different backward communities – who felt neglected or were kept out of the final race.

Parvez Alam says that the RJD has always used the support of backward Muslims but has denied them representation in elections. “We are firmly on the secular side of the state’s polity. Pappu Yadav has proven his secular credentials time and again. However, secular politics does not mean denying electoral representation to backward Muslims. Our votes can’t be taken for granted always,” he says, as slogans of “Parvez Alam Zindabad, Pappu Yadav Zindabad, Bhim Army Zindabad” permeate the air. 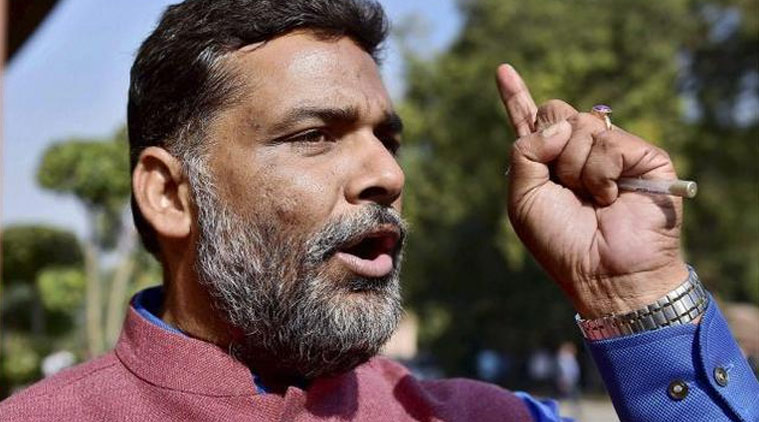 Parvez is a part of the Ansari Mahapanchayat, which was formed days ahead of the 2019 Lok Sabha polls. A social organisation, it has been lobbying hard with political parties, seeking electoral representation. The Ansari community, Wasim Ansari of the Mahapanchayat says, comprises 11% of the total 17% Muslim population in Bihar, but lacks political representation.

“Out of the 243 assembly seats, 75 MLC positions, 40 Lok Sabha constituencies and 16 Rajya Sabha seats, there is not even a single Ansari community member,” Wasim, who is an engineer and a management graduate by profession, tells The Wire.

“The RJD has only thought it fit to give tickets to Ashrafiyah and Syed Muslims (considered to be upper castes among the Muslims),” Wasim says, adding that the Mahapanchayat was formed to precisely increase our representation in electoral institutions.

“Shunya se start kar rahe hai hum. (We are starting our fight from zero),” he adds.

Ansaris are traditional zari workers, or weavers, and according to Wasim, form the majority among the Muslims.

He says their fight is not against the “Ashrafiyah Muslims” but with “political parties who have constantly neglected the Ansaris”.

“In 42 assembly seats, the population of Ansaris is anywhere between 25,000 to 70,000. We can swing the elections. Yet, we do not find representation. Why should only certain privileged groups be given tickets?”

He says that Tejashwi Yadav had assured the Mahapanchayat ahead of the polls that Ansaris will be given adequate representation in the 2020 polls, but backed out at the last moment. “Anan fanan mein hum log Pappu Yadav ke pass gaye aur unhone humien izzat se 10-12 seatein di. (Confused by the betrayal at the last moment, we approached Pappu Yadav. He was kind enough to give us 10-12 seats),” Wasim tells The Wire.

“He gave us dignity. So we will support him. Win or loss doesn’t matter but what is important is that his image among all communities is good,” he says.

Wasim adds that the RJD-led alliance has given one ticket to an Ansari community member, Javed Iqbal Ansari from Banka, among the 17 Muslims it has chosen. Similarly, the Janata Dal (United), he says, has only one Ansari candidate, Anjum Ara, who was the party spokesperson, in Dumraon, Buxar.

Bihar has had a history of backward Muslim politics since independence but had receded to the background after the death of Abdul Qayyum Ansari, who formed the Momim movement to oppose the Muslim League’s “two-nation theory”, in 1973. Later in the late 1990s, Ali Anwar revived the movement by forming the Pasmanda Muslim Mahaz, an umbrella organisation for backward Muslims and Dalits, in 1998.

Wasim, however, says that after Anwar was sent to the Rajya Sabha by the JD(U), he “never looked back at the backward Muslims.”

“That is why we had to form the Ansari Mahapanchayat. Most backward Muslims are extremely poor, and we believe their increased representation in electoral politics would help bring attention towards their conditions,” Wasim says.

Upon pointing out that apart from Ansaris, backward Muslims also consist of another 3% of small communities like Rayn, Mansoori and so on, he said, “Our long term goal is to unite all these fronts.”

Also Read: There Is Confusion Among ‘Upper Caste’ Voters in Bihar, Much to JD(U)-BJP’s Discomfort

“Just like the Ansari Mahapanchayat, all the other backward Muslim communities have formed their social organisations too. Most of us believe that it is easier to unite caste groups than to bring all groups together from the beginning,” he says.

“Once different caste groups consolidate, we will all come together,” Wasim says.

The different groups need a political awakening, he says.

He, however, makes it a point to differentiate the backward Muslim politics with that of Asaduddin Owaisi’s AIMIM.

“You have to understand our demands within the context of social justice politics of Bihar. We want equality for all. MIM only talks about consolidating Muslims. RSS also talks about uniting Hindus. What is the difference then,” he says.

“These days, the MIM has been using the slogan of ‘Jai Bhim’ but tell me one thing. How many non-Muslim people are there at the party’s top-level? Not even one,” he says.