The prime minister has lost the top spot in a ranking of net approval rates among 13 world leaders, coming in second. 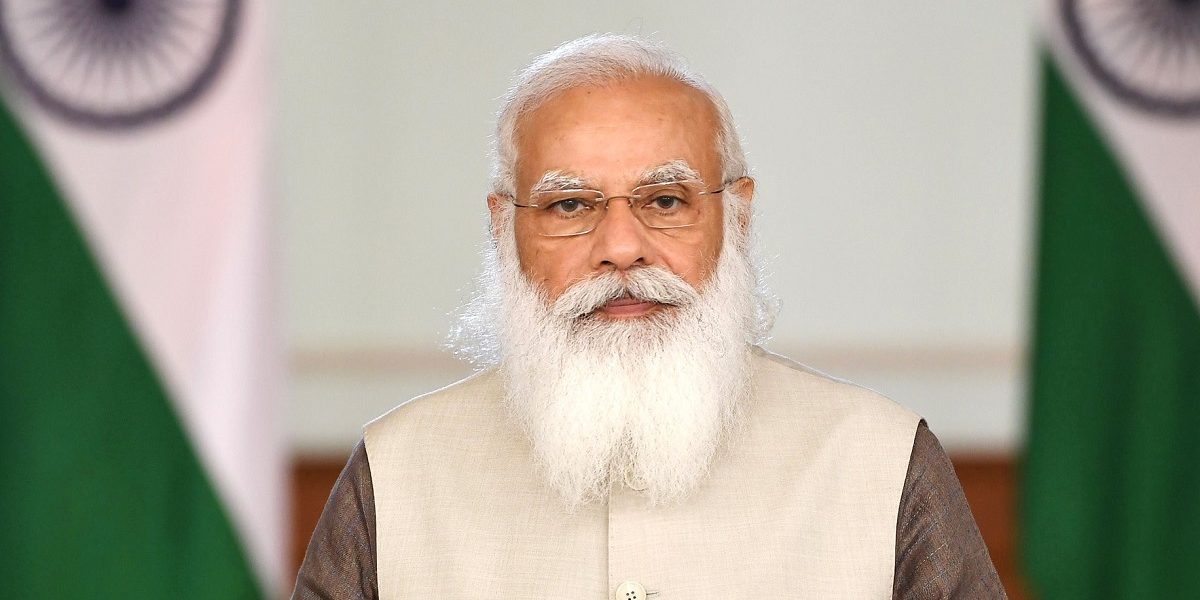 After the devastating second wave of COVID-19 in India, Prime Minister Narendra Modi has lost the top spot in a ranking of net approval rates among 13 world leaders. As of June 29, Modi came second in the poll published by Morning Consult, having been overtaken by Mexican President Andrés Manuel López Obrador. Modi’s approval rating came down 14% since late March and 34% since a high in May 2020. As reasons for the failure of India’s COVID response are being discussed in the country, critics have highlighted autocratic tendencies within the government which they claim cause problems in relation not only to the coronavirus but in many areas of public life.

As the COVID-19 crisis is dragging on, world leaders approval ratings have mostly suffered in 2021. Only five out of 13 world leaders saw approval rise between March and June. Germany’s Angela Merkel gained 11%, but has not returned to the 20+ percent of net approval she enjoyed between December and January.

Other than Modi, French President Emmanuel Macron and Japanese Prime Minister Yoshihide Suga experienced some of the worst approval ratings and losses in the survey. While Macron is grappling with vaccination speed, the COVID deficit and a string of extremist attacks, Suga has similar coronavirus-related problems and the pandemic-era Olympic Games on his plate. 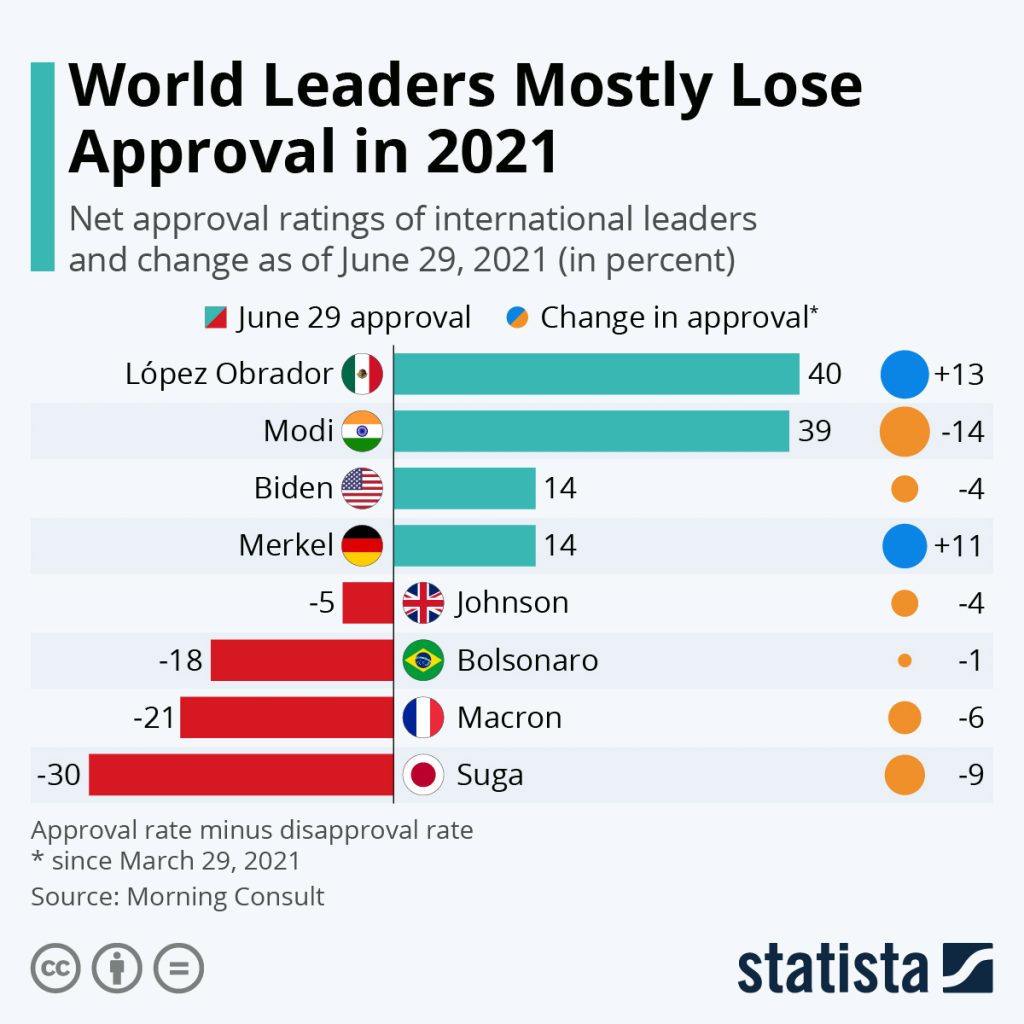