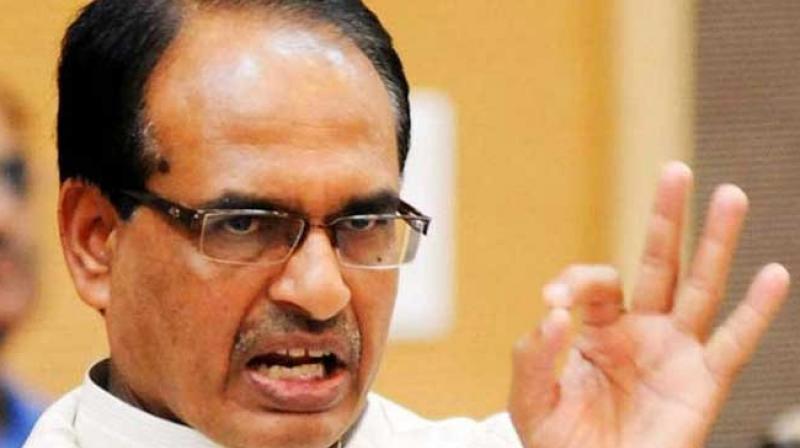 Narmadanand Maharaj, one of the five MoS chosen. Credit: PTI

Indore: A day after being accorded minister of state (MoS) status, two religious leaders have cancelled their proposed campaign against the alleged ‘scam’ in the Madhya Pradesh government’s Narmada conservation programme.

On March 31, the five religious leaders were appointed to a committee set up for the Narmada river conservation.

As members of the committee, they have been given MoS status, an official of the General Administration Department said yesterday.

Computer Baba had earlier announced he would take out a ‘Narmada Ghotala Rath Yatra’ along with Yogendra Mahant in every district of MP from April 1 to May 15, to expose the alleged scam in planting saplings on the banks of the Narmada river and to demand a ban on illegal sand mining.

The publicity material of the campaign was also circulated widely on the social media.

However, MoS Computer Baba today said they have cancelled the campaign because the state government has fulfilled their demand to form a committee of saints and seers for the protection of the Narmada river.

“Now why would we take out the yatra?” he said.

“As a member of the committee, we have to talk to the district collectors and look after other necessary arrangements for the river’s conservation. A government status is required for these works,” he pointed out.

Yogendra Mahant, who was the convener of the proposed campaign, also said that they cancelled the yatra as the state government fulfilled their demand to set up a panel for river conservation.

On March 31, these five religious leaders were appointed members of the ‘Janjagrukta Abhiyan Samiti’ (Public Awareness Campaign Committee) – set up for conservation of the Narmada river.

The opposition Congress yesterday dubbed the decision to appoint them as MoS as the BJP’s attempt to exploit the respect these religious leaders enjoy in the society.

However, the BJP hit back, saying the opposition party disliked anything related to saints.