Even as the jury is still out on whether Assam chief minister said so deliberately or was it a faux pas, it has created a buzz as to whether BJP would project Amit Shah as the prime ministerial candidate in the 2024 general elections. 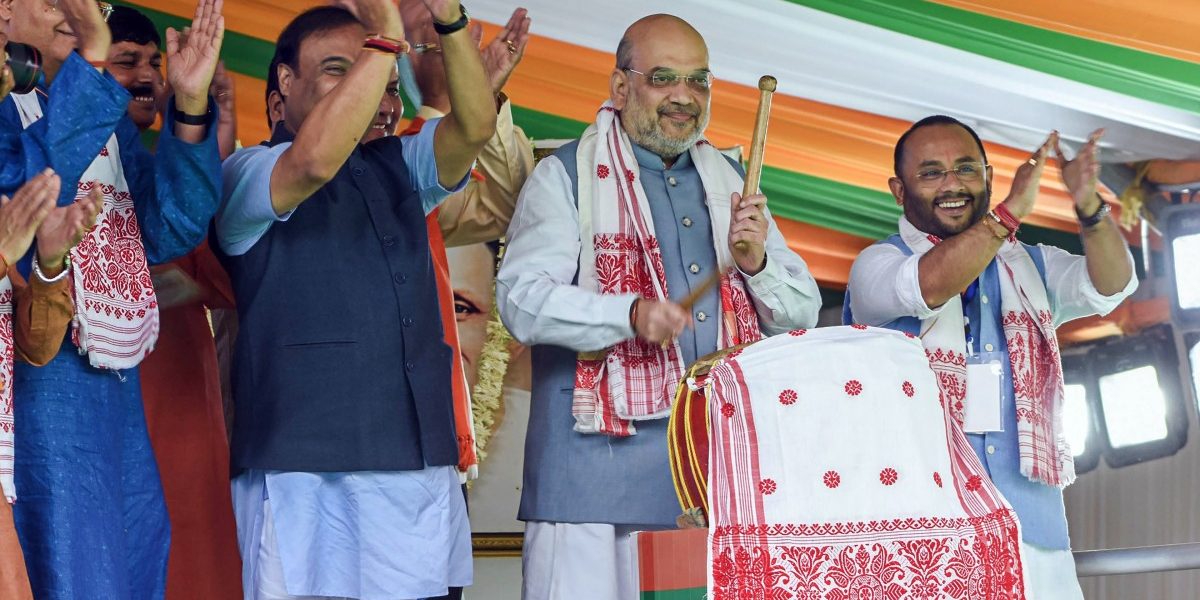 New Delhi: On Tuesday, May 10, addressing a mammoth rally in Guwahati to mark the completion of his first year as Assam chief minister, Himanta Biswa Sarma addressed the chief guest Amit Shah as the country’s prime minister and Narendra Modi as the home minister.

The clip went viral in Assam with some insinuating on social media that Sarma, now seen close to Shah, deliberately said so at a public meeting in Assamese – with the aim of projecting Shah as the prime ministerial candidate for the 2024 General Elections.

Two days later, Modi, speaking at a virtual gathering of Utkarsh Samaroh in Bharuch in Gujarat, seemed to have given a direct response to the speculation on whether he would be the Bharatiya Janata Party (BJP)’s prime ministerial candidate in 2024.

As per news reports, Modi, hinting that he was ready for another term, said, “a very senior” opposition leader whom he respected had asked him “what else” was left for him after being the prime minister twice. To this Modi said that he had responded by saying that he would not rest till “100%” coverage of government schemes was achieved.

“Once I met a leader…he is a very senior leader…he has been a political opponent, but I do respect him. One day, he came to meet me, to sort out some issues. He said, ‘Modiji, now what else do you want to do? The country has made you prime minister twice,” reported Indian Express.

The news report quoting Modi added, “He thought that becoming prime minister twice was a huge achievement. He doesn’t know that this Modi is made of something else…it is the soil of Gujarat that has shaped him. It is not enough that I should rest now (thinking) that everything that has happened is good…No…my dream is saturation…meet your target 100%.”

Stating that there were speculations about “a security threat” to him and news about his “illness”, he said, “Then I said, ‘brother, I have the blessings of crores of mothers and sisters and till the time I have this shield, nobody can do anything to me’.”

Aside from Assam chief minister addressing Amit Shah as the country’s prime minister triggering speculations in several quarters whether it was indeed a slip of tongue or a deliberate attempt on his part to project Shah as prime ministerial candiate. There have been inferences in a section of media too about the same.

However, in the run-up to the recent Uttar Pradesh assembly elections, Shah, had told media persons, “Modi ji has to be made the Prime Minister in 2024 and (for that) Yogi ji will have to be made the UP chief minister once again in 2022.”

The wide speculation about whether Modi would be the party’s prime ministerial candidate in the 2024 elections is also because of his age. He would be 74 in 2024 and if elected for another five-year term, he would round up the age of 79. Several top leaders in the party have been retired citing their age above 75 as an impediment to hold any important post.