The Parliamentary Standing Committee on Home Affairs is likely to discuss the matter at its next meeting. 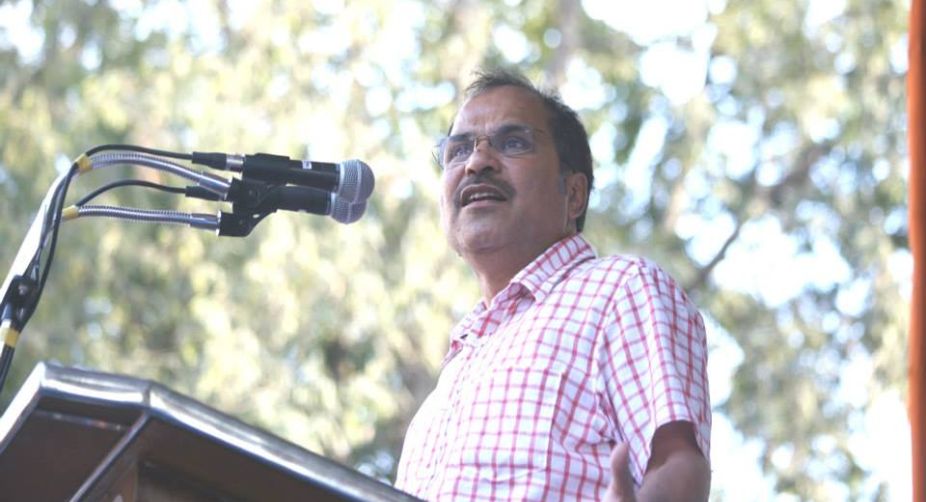 New Delhi: After Trinamool Congress’s Derek O’Brien, Congress leader and leader of the opposition in the Lok Sabha Adhir Ranjan Chowdhury too has written to the chairman of the Parliamentary Standing Committee on Home Affairs, Anand Sharma, asking that the panel discuss revelations of The Wire‘s Tek Fog investigations.

“I wish to draw your kind attention to a matter of serious concern raised by Shri Derek O’ Brien, M.P./Rajya Sabha regarding Violative Software Application “Tek Fog”.  I request that this matter may be taken up for discussion in the next meeting of Department related Parliamentary Standing Committee on Home Affairs,” Chowdhury’s letter, dated January 12, says.

On January 6, O’Brien had written a longer letter to Sharma, requesting that the committee take up the matter for discussion. The matter “has serious ramifications and could jeopardise national security”, he said.

O’Brien’s came a day after The Wire, after two years of investigation, revealed with the help of sources the existence of a secret app ‘Tek Fog’, used by political operatives affiliated with the Bharatiya Janata Party to artificially inflate the popularity of the party, harass its critics and manipulate public perceptions at scale across major social media platforms.

The Wire had learnt that Sharma had taken cognisance of O’Brien’s letter and was considering the matter seriously. While the next panel meeting is not yet fixed yet, because of the third COVID-19 wave in the country, it is likely that the committee will discuss the Tek Fog matter whenever this meeting occurs.