As India Reels Under Japanese Encephalitis, Officials Remain Slow on the Uptake

While JE and AES outbreaks have been reported in at least 20 states around India, officials have continued to remain obsessed with just four. 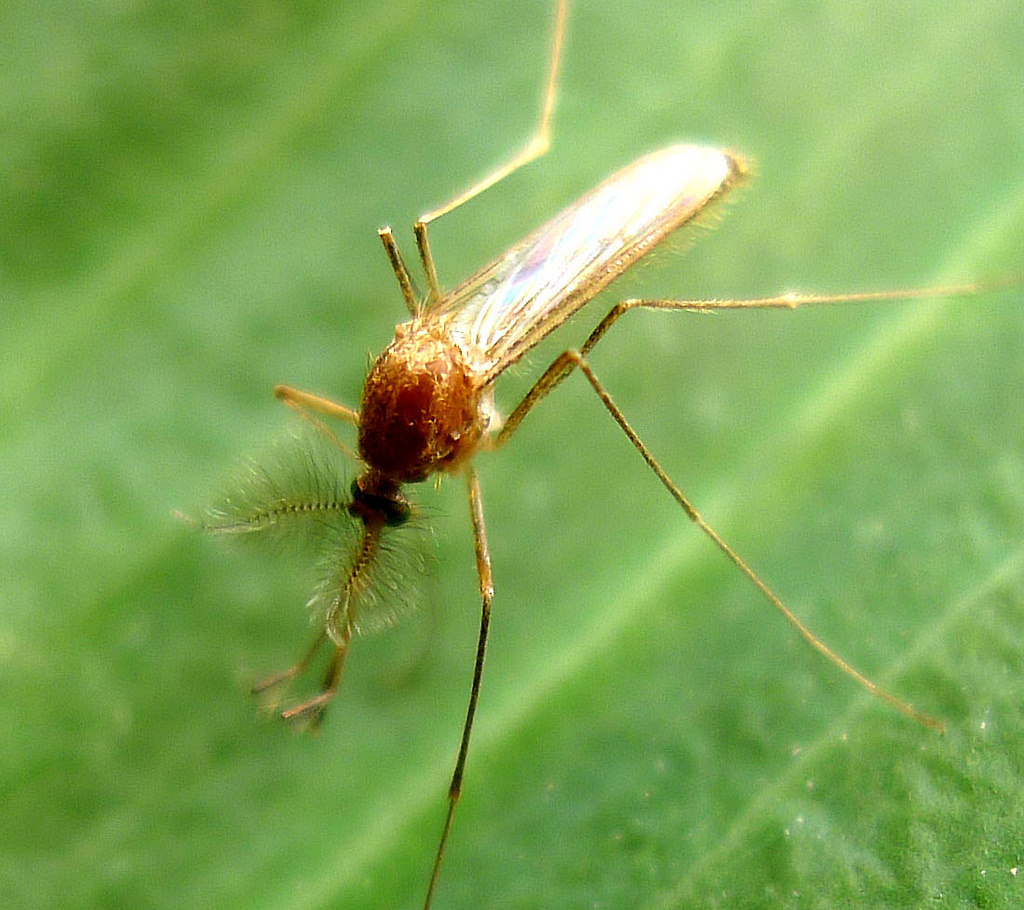 Following the massive chikungunya outbreak that claimed several lives earlier this year, India is now witnessing a large number of Japanese encephalitis (JE) cases. Acute encephalitis is the most commonly recognised clinical manifestation of JE, a serious virus infection resulting in the inflammation of the brain that leads to death. Milder forms of the disease, such as aseptic meningitis or undifferentiated febrile illness, can also occur. The incubation period for the infectious disease is between five and fifteen days. The symptoms of the illness usually begin with a sudden onset of fever, headache and vomiting.

While acute encephalitis syndrome (AES) is a group of clinical neurological disorders caused by a variety of viral, bacterial and other parasitical infections as well as chemicals and toxins, JE is simply of viral provenance, and it is considered to be one of the main causes of AES. These diseases affect children the most. In recent years, AES from different causes has been on the rise; this year, too, it has raised its head.
The virus that causes JE is transmitted by mosquitoes that breed particularly in flooded rice fields as well as in water-logged areas in urban regions. Unlike malaria, which is transmitted strictly by the anopheline mosquitoes, the vector for the JE virus is the Culex species of mosquitoes.

The virus tends to spill over into human populations especially when infected mosquito populations build up explosively during the rainy season. Since the Culex mosquitoes are normally zoophilic, they prefer to take blood from humans when the JE virus is transmitted.

All these years, the diseases assumed epidemic proportions in pockets of Uttar Pradesh, Bihar, Assam and West Bengal. States like Jharkhand, Karnataka and Tamil Nadu were also reporting significant number of cases but the death rates were low and the numbers did not show any significant increase over the period. But it has now been found to be spreading fast across the country, with many cases being reported from many other states. There has in fact been a noticeable spurt in the number cases in Manipur, Meghalaya, Odisha and Tripura. As of September 2016, the total number of AES and JE causes were 7,443 (840 deaths) and 974 (167), respectively.

According to information obtained through an RTI application, and which was first reported by the daily DNA, India has lost more than 6,500 children due to AES and JE since 2011. During this period, about 35,000 AES and 500 JE cases were reported across the country. While the four states more-affected states – UP, Bihar, Assam and WB – reported the bulk of cases, 16 others reported 7,000 cases during the same period.

When asked about the various steps taken by the government for the prevention and control of AES/JE through an RTI, Sukhvir Singh, joint director of the National Vector-Borne Disease Control Programme (NVBDCP) gave a detailed reply. From this, it has become clear that the focus is still on just the four more-affected states. In these states, the government has launched vaccination campaigns, sentinel laboratories and special treatment facilities among other healthcare services to address the rise of the two ailments.

Singh also mentioned that, in November 2011, the government had constituted a group of ministers to evolve and suggest a multi-pronged strategy to deal with JE and AES – particularly by deploying preventive measures such as access to sanitation, safe drinking water, improved nutrition supply, case management and rehabilitation. But though there have been several meetings of this group, the focus has continued to remain on the four states. The other states continue to suffer without appropriate healthcare measures and requisite financial support. All this was revealed by a copy of the minutes of the meetings obtained under the RTI application.

In January 7, 2015, union health minister J.P. Nadda had chaired a high-level inter-ministerial meeting of secretaries and senior officials from participating ministries of the government as well as the health secretaries of UP, Bihar, West Bengal, Assam and Tamil Nadu. Nadda had emphasised that appropriate steps should be taken to prevent deaths due to JE and AES. However, the participants of this meeting only signalled that, with the addition of Tamil Nadu, nothing much else had changed.

A source in the Ministry of Health and Family Welfare, who was not authorised to share information with the media, stated, “We in the health department are slowly beginning to realise the importance of focusing on the other ignored states as well.”

While several children have died due to AES/JE diseases, since the virus attacks the brain, a large number of children affected by them have also become disabled, now suffering from physical, mental and neurological disorders. Nadda had emphasised this point during a meeting, saying that the district disability rehabilitation centres (DDRC) should be made fully functional so that these children’s needs can be addressed.

However, it has since been found that nursing homes and private hospitals are reluctant to keep district authorities informed about treatment offered to patients with communicable diseases. This has been preventing the state health departments from framing effective strategies to combat frequent outbreaks of ailments like dengue, swine flu and – now – JE.

This year, once again, the increased mortality data has got doctors extremely concerned about the health threat to people due to this infectious disease. Generally, a JE outbreak occurs during the third week of June. But this year, in Gorakhpur for instance, JE cases had begun to play havoc even before the onset of the rains. As of this month, UP alone has already reported 2,298 (366 deaths) and 248 (43 deaths) cases of AES and JE, in that order. There is of course the distinct possibility of underreporting; the actual numbers may be much higher.

In Patna, in April and May of 2016 alone, 11 children have died of AES/JE. While 53 children fell ill with the diseases and were receiving treatment in various government and private hospitals, according to some doctors, the chances of survival is poor since they were brought in late.

In Muzaffarpur in Bihar, the diseases have infected 19 children. According to the district’s health department, six have already died. A similar situation prevails in the East Champaran and Sitamarhi districts as well. In other areas like Bhojpur, Gopalganj, Jehanabad, Khagaria, Lakhisarai, Madhepura, Sheohar and Saran, many children were found to be suffering from AES/JE. At the AIIMS hospital in Patna, a researcher named Daksim Singh stated by June 2016, the number of people infected had been 28.

Between 2010 and 2015, Assam saw 8,122 and 2,964 cases of AES and JE respectively, while 1,488 and 687 people had succumbed. This year, as of October, the numbers of cases of AES and JE have been 1, 640 and 396. The joint director of health services in Dibrugarh, Pawan Swarnakar, said that between January 1 and May 31, 2016, a total of six deaths had been confirmed in the district due to AES and JE. While JE claimed one life, AES claimed five. More significantly, however, the rural pockets of the district, like Tengakhat, Nahoroni, Barbaruah, Lahowal and Khowang, were found to host the highest number of JE and AES cases.

“Apart from the six casualties, 47 other cases were recorded during this period. Two of them tested positive for JE while 45 had AES. However, most of them have recovered after treatment,” Swarnakar said. However, the existing data may only be a small part of the overall disease burden in the state.

According to the NVBDCP, though JE transmission has been occurring almost seasonally in the state, administrators have been hit by an acute shortage of the vaccines that offer protection against JE. India imports these vaccines from China. Drug distributors catering to the northeast say that, despite having placed orders, they have not received JE vaccines for the past two months, leaving them in a precarious situation. A source associated with one of the four major drug distributors stated, “We cater to hospitals and pharmacies across the region, with demand higher in places such as Pasighat in Arunachal Pradesh, Tura in Garo hills and upper Assam, where the transmission of the disease is higher.”

Of late, the virus has spread to central and lower Assam as well, though the number of cases is much lower. As a preventive measure, the dose is usually administered during the non-transmission season, such as in winter, instead of during the transmission season. JE has broken out in epidemic form in the Lahorighat and Bhurbandha blocks in Morigaon district of central Assam claiming the lives of six while affecting more than 200 people in different villages.

The situation in Karnataka

In Karnataka, after dengue and malaria, the first death due to AES/JE was reported in Sidlaghatta in Chikkaballapur district. A five-year-old girl, later diagnosed with AES, had been brought to Vani Vilas Hospital where she died in June 2016. Further, the state has seen only one case of JE but no deaths. As far as AES is concerned, there were 193 cases in the first six months of 2016 against 150 in the same period last year.

Prakash Kumar, the state surveillance officer of the department of health and family welfare, stated, “The first case of confirmed JE was seen two months ago in north Karnataka. In the case of this girl, we have sent the reports to the laboratory and it is yet to be confirmed. It is mainly tested through an enzyme-linked immunosorbent assay.”

However, 16 lives have been lost due to AES/JE in Sivasagar, which is among the worst hit districts in the state. As usual, the state health department has been scrambling for vaccinating the adult population, with proposals sent recently to the Centre for vaccination drives in three districts. These proposals have since been nixed due to a shortage of funds.