It’s Time We Stop Keeping Actors, Cricketers on a Pedestal

When we keep someone on a pedestal we, unknowingly, keep them in the position of authority and give them the power to influence us, our decisions. 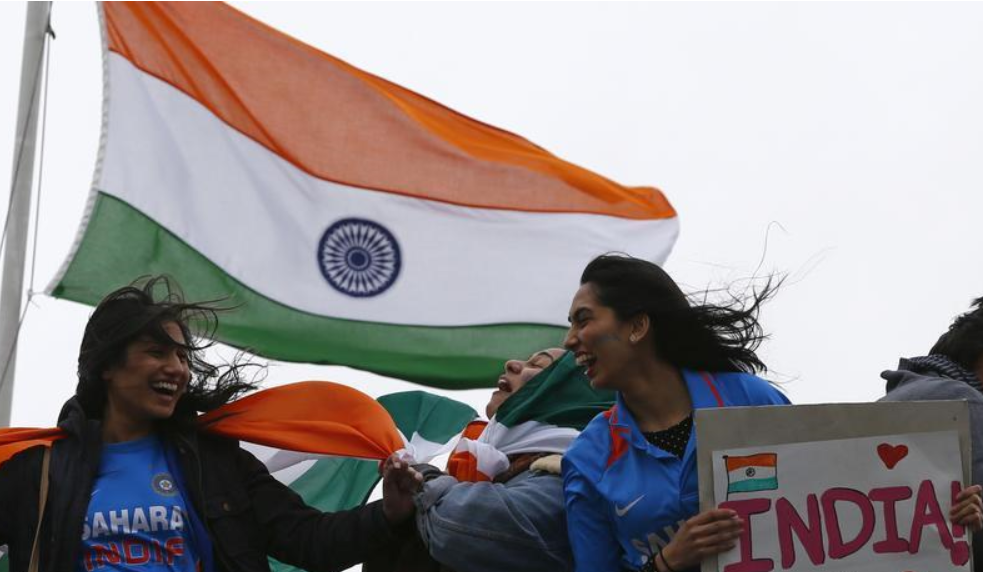 India is a cricket crazy nation. We love our cricketers and some of us even worship them.

Also, we love our cinema. We look up to the reel life heroes and admire them with the expectation that they are real life heroes. But what happens when these influencers do something unexpected?

When we keep someone on a pedestal we, unknowingly, keep them in the position of authority and give them the power to influence us, our decisions. From their fashion sense to their political ideologies, we believe everything they do could be correct, since they’ve achieved something we haven’t. And when they do choose to take a side which is different from ours, it personally affects us.

My father used to tell me that you’ll see Indians the most united during an India versus Pakistan match. But the most united I’ve seen our actors, cricketers and other influencers, in the recent past, was against a six-word tweet by an international pop star.

On Tuesday, February 2, when pop-singer Rihanna tweeted, “Why aren’t we talking about this? #FarmersProtest” with a link to a CNN article on internet suspension near the Delhi borders, which has been the centre of the ongoing farmers’ movement, she shook the world’s largest democracy. So much so that her single tweet awoke the patriotism in all those whom we call “heroes” – that very patriotism which lakhs of farmers from across the nation could not ignite in their 70-day long struggle.

Even as the farmers are protesting against the Centre’s three contentious agriculture laws, battling harsh winters and police retaliation amid a pandemic, the so-called “powerful people” of our country had nothing to say.

But a single tweet from Rihanna was countered by the Ministry of External Affairs (MEA) and well campaigned by “internal forces” of the country — our heroes, actors and cricketers.

On Wednesday, February 3, when the world woke up to the pop-queen herself taking a stand in support of the protest, the oh-so-small ego and tolerance of the world’s largest democracy was hurt. From Rihanna’s past, present and future to her character, everything was assassinated and torn apart by those who call themselves “patriots” of this country.

The BJP IT cell pulled off a graveyard shift trying to find out first, who is Rihanna? And second, why is she speaking about our “internal matters”? And as the trick goes, when you don’t find anything substantial, press the button of patriotism against “external forces” who are trying to “divide” our country.

The last nail in this coffin was bolted when the MEA released a statement using particular hashtags at the end of the document, as if they were indicating anyone who loves his country to create a social media trend that can, with just a tweet from an influencer, take the attention off of the past 70 days of struggle.

From Sachin Tendulkar to Akshay Kumar, there was a similar pattern which was followed in the tweets trying to unite the “Indians” and bringing #IndiaTogether while we scream #IndiaAgainstPropaganda.

At this moment, it is worthwhile to share another phrase my father often used when my brother and I fought as kids, “The more you pay attention to or amplify a person’s point of view, the more they feel they have their influence on you.”

He said, “Always remember, a person only feels relevant till the time you let their words and actions affect you.” Fair enough, more often than not we let people like Kangana Ranaut manipulate our thoughts and affect us so much that we share, retweet and comment on her opinions, while unknowingly, amplifying everything she stands for.

This is not a new trick, but in a country where the internet is cheaper than elementary education, it is an easy one to pull off. Indians are touchy about a few things — Bollywood, cricket, religion and patriotism are some of them. And this has made a major section of the population to unite against a six-worded tweet.

A few friends expressed their disappointment last night saying they “never expected Sachin, Virat Kohli or even Rohit Sharma to say things like this”. “Be it for or against, if they would’ve said what they said before Rihanna tweeted, we would have still been okay with their personal opinion”.

Resonating a similar feeling, filmmaker Farah Khan tweeted, “Disappointed with the fraternity tweeting identical tweets that make it more like a marketing gimmick. Whatever their reasons & I’m no one to judge at least u could have tried to make it more original. Now you have given yourselves away. Reel Life Heroes VS Real Life Heroes (sic)”.

Disappointed with the fraternity tweeting identical tweets that make it more like a marketing gimmick. Whatever their reasons & I’m no one to judge at least u could have tried to make it more original. Now you have given yourselves away. Reel Life Heroes VS Real Life Heroes 🙏

Ironically, these were the same influencers who announced #BlackoutTuesday and supported #BlackLivesMatter to voice their support towards ending systemic racism in the US.

As much as it seems like we’re not bothered by their stand, we do treat our actors and cricketers like no less than God himself. And when God goes against the people of this country, those people who made him God, it hurts. It hurts because this is exactly the kind double standards we didn’t expect from them, considering they did support a good cause in the past which was someone else’s “internal matter”.

In another instance when Indian celebrities were quick to fight for justice for George Floyd, most of them completely ignored the custodial death of the father-son duo of Jayaraj and Bennix. The fact that Rihanna’s tweet has made them feel threatened is proof of their hypocrisy and selectiveness.

On one hand, where athletes like Lewis Hamilton brought out an entire revolution and made the sport of Formula One racing stand up for the eradication of colour-based discrimination, Indian cricket stars and other sports personalities including P.T. Usha, Anil Kumble and Yuvraj Singh, to name some, simply chose to stay silent during nationwide protests against the Citizenship Amendment Act, which was dividing the nation on the basis of religion.

Also read: Debate: The Real Reason Why Farmers’ and Anti-CAA Protests Have Been Perceived Differently

The only people who spoke even then and now are those celebs who would never get to take a group selfie with the prime minister of India.

It seems like those whom we thought were above politics and chose to stay away from topics which are not of their expertise, did end up choosing a side.

The day we decide to start treating these influencers like just another human being, we’ll understand what made them do what they did and what we need to do.

Today, actor Taapsee Pannu tweeted, “If one tweet rattles your unity, one joke rattles your faith or one show rattles your religious belief then it’s you who has to work on strengthening your value system not become ‘propaganda teacher’ for others.”

If one tweet rattles your unity, one joke rattles your faith or one show rattles your religious belief then it’s you who has to work on strengthening your value system not become ‘propaganda teacher’ for others.

Believe it or not, she’s right. If what Rihanna did with one tweet of hers has had more impact on you than the tweets of hundreds of those whom we idolise, then you know which side of the conversation you want to be on.