The new political party will not join hands with "communal" forces as that will hurt the sentiments of the indigenous people who trust AASU and AJYCP, the AASU general secretary added.

Guwahati: The political party to be launched by the All Assam Students’ Union and AJYCP will contest 80-100 seats in the assembly elections in Assam due early next year, a top AASU leader said on Sunday.

After the 18-member ‘Assam Advisory Committee’ suggested the two organisations to form a political party, a source close to the development said the new outfit will be launched within the next 10 days.

Though the AASU and Asom Jatiyatabadi Yuva Chhatra Parishad (AJYCP) will not forge any pre-poll alliance with the Congress or be part of its proposed ”Grand Alliance”, it is open for an understanding with the Krishak Mukti Sangram Samiti (KMSS), AASU general secretary Lurinjyoti Gogoi told PTI in an interview.

“Targeting 2021 polls, we will start working as per the recommendation of the committee. We are targeting to contest 80-100 seats across Assam,” he said.

The new political party will not join hands with the nationalist and “communal” forces as that will hurt the sentiments of the indigenous people who trust AASU and AJYCP, he added.

The election to the 126-member Assam assembly is likely to be held in March-April next year. The 2016 elections gave a fractured mandate and no party has an absolute majority in the current House.

The ”Assam Advisory Committee” that had some of the most prominent names from the state submitted its report on September 2 and suggested the influential AASU-AJYCP to float a political party to contest the upcoming elections, the source cited above said.

Though Gogoi declined to comment on the report, the source told PTI that the party will be launched within the next 10 days and it will be announced through a joint press conference by the leaders of the AASU and AJYCP in Guwahati.

When asked if the new party will forge a pre-poll tie-up with the Congress and its allies, Gogoi said: “We are strictly against the Congress and AIUDF as well as the BJP. The Congress is equally guilty for the foreigners issue.”

Also read: Interview: ‘Rise of Regional Formations in Assam a Blessing in Disguise for AGP’

The Congress had even supported the Citizenship (Amendment) Act with the 2014 deadline by including Muslim immigrants, and they are the ones who started the construction of big dams in Assam, he said. 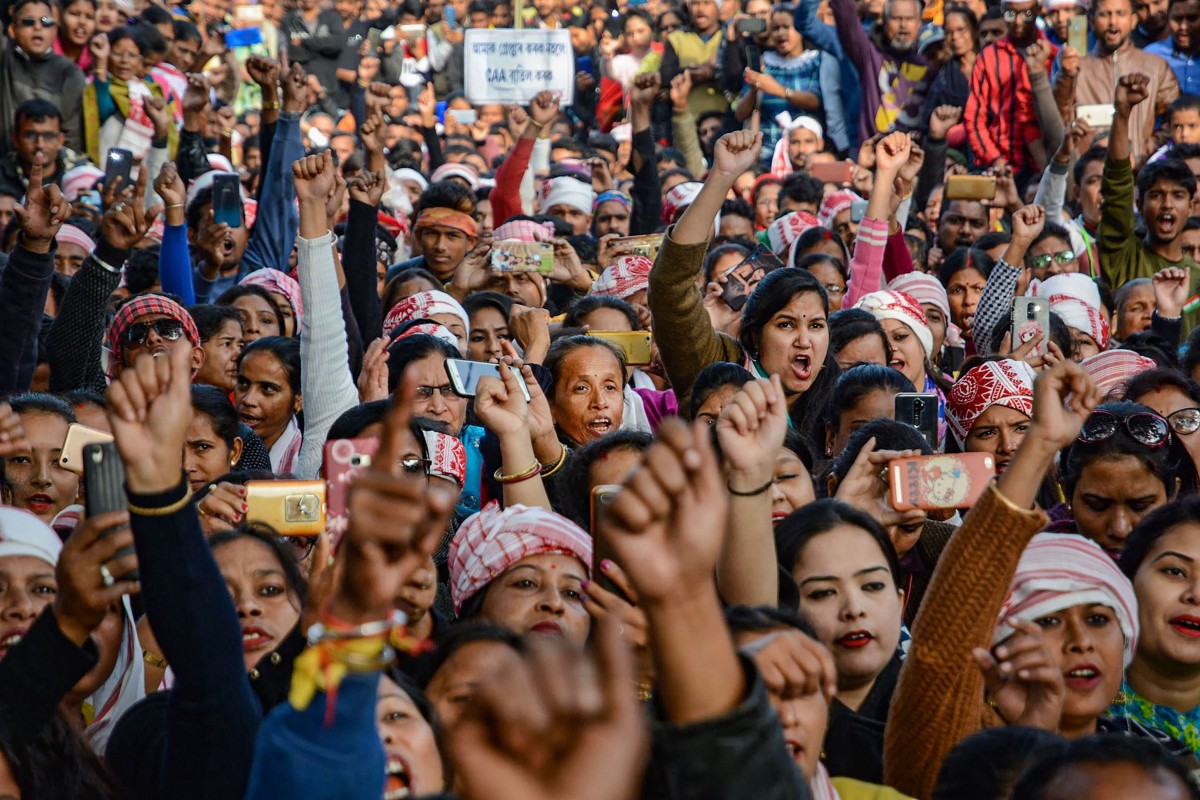 “Today, they (Congress) are opposing all these issues because they are not in power. They too worked on the lines of the BJP-AGP-BPF alliance. These are opportunistic parties,” said Gogoi.

He, however, said that once the Akhil Gogoi-led KMSS forms its political party, the AASU-AJYCP may have an understanding with them.

“We will do a political settlement only because we cannot afford a vote division. It may be said that it is a political compulsion to prevent the division of votes against the anti-Assam forces,” said Gogoi, who hails from the Tinsukia district and is pursuing PhD in Mathematics from the Dibrugarh University.

The AASU leader said that they will also consider an alliance with the Anchalik Gana Morcha (AGM), formed by Rajya Sabha member Ajit Kumar Bhuyan, who was backed by the Congress and AIUDF, provided it does not join hands with other parties.

Replying to a question on the division of opposition votes if it stays away from the Congress, Gogoi said, “Votes will be divided if we put up candidates in all constituencies and specifically targeting the Congress. As I said, we will contest in 80-100 seats.”

“So, there will be 30-40 seats, where we will not give any candidate at all. However, one thing is clear, that we will not have any alliance with them (Congress). We believe Congress and BJP are both enemies of Assam,” he added.

He said the AASU and AJYCP are looking to form their own government when asked about its post-poll plans.

On allying with the Congress and its partners in case of a fractured mandate, Gogoi said: “One thing is sure that we will adopt all tactics to oust the BJP.”

He said, “The BJP is a fascist force, which does not respect freedom of speech and never listened to the voice of the people”.

“Take any issue — big dam, CAA and now EIA, BJP showed that they don”t have any respect for democracy and are leading the government in an autocratic way. They are also attacking all the democratic institutions such as the press, judiciary, civil services, RBI and other agencies,” he said.

Gogoi further alleged that the sanctity of the educational institutes have been compromised with “all RSS people” being appointed to the top positions, affecting the quality of learning.

He said they had planned to finalise the political entry by April through a state convention but it got delayed due to the COVID-19 pandemic.

“However, when the danger is very big, the time factor does not affect. Moreover, we have a strong ground base of both AASU and AJYCP, which will help us tremendously. It is a test — not only for the political party but also for the people of Assam,” he said.

Gogoi said the political party will raise money through crowdfunding as it believes that the people of Assam will stand by it with their love.

Earlier, he had said that the political party will be in the “tight grip” of the AASU-AJYCP, which does not want another “uncontrollable” AGP-like organisation to emerge in Assam.