The most significant victory was that of Okhla candidate Amanatullah Khan, who BJP has long since been trying to pin as the 'organiser' of the Shaheen Bagh protests.

New Delhi: Aam Aadmi Party consolidated its hold over all seats comprising 40% or more Muslims by winning them all this time. In the 2015 polls, one of these seats had gone to the Bharatiya Janata Party.

This result speaks volumes about the strategy of AAP going into the polls. Though it was party MLA from Okhla, Amanatullah Khan, who was portrayed by BJP as having “begun” the local women-led anti-Citizenship Amendment Act protests in Shaheen Bagh, chief minister Arvind Kejriwal and the party never came out in support of the agitation fearing its fallout in the Delhi polls.

Some senior leaders like national spokesperson Sanjay Singh did visit the protest site, but the party kept focusing on its development agenda to seek votes and refused to get drawn into the politics of polarisation.

When BJP national leaders like Prime Minister Narendra Modi and Union home minister Amit Shah attacked Kejriwal for staying silent when the Shaheen Bagh protesters blocked the Kalindi Kunj road causing reported hardship to people travelling to and from South Delhi and Noida, Kejriwal answered back, asking why Delhi police, which reports to Shah, did not act.

In fact, he accused the BJP of not addressing the demands of the protesters and keeping the blockade going for political interests.

This argument appears to have ultimately resonated with the voters and stalled BJP’s progress.

Also, despite the Congress attempting to take a nationwide lead among political parties on the issue of anti-CAA protest, in Delhi, the Muslim vote in favour of AAP reflects that the party was thought of as the better bet among the BJP and itself. 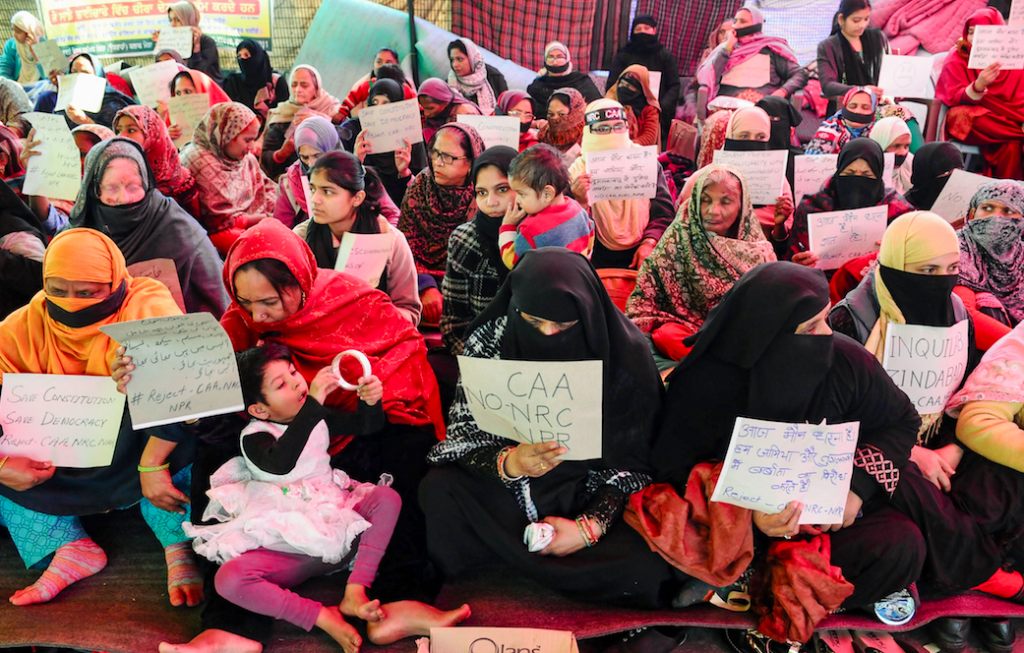 Likewise, in Matia Mahal, five-term legislator Shoaib Iqbal, who had represented Janata Dal, Lok Janshakti Party and also the Congress in the past, this time won on an AAP ticket. He polled 67,250 votes and defeated Ravinder Gupta of BJP by a margin of 50,241. Mirza Javed Ali of the Congress managed to garner only 3,403 and came a distant third. 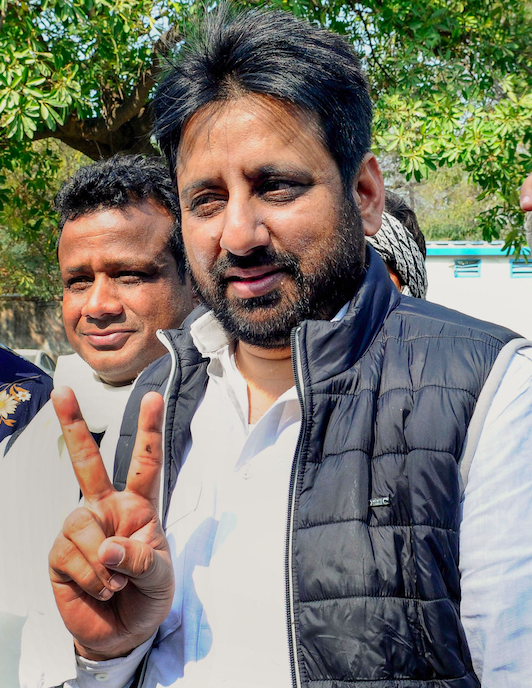 The AAP candidate from Mustafabad, Haji Yunus, came from behind to poll 98,850 votes and defeat sitting MLA Jagdish Pradhan of the BJP by 20,704 votes. At one point, Pradhan was leading in the seat by over 29,000 votes but gradually Yunus rose and then surged ahead.

In Okhla, sitting MLA of AAP Amanatullah Khan came from behind to score an emphatic victory over Braham Singh of BJP by over 70,000 votes. At one point, Singh was leading by close to 2,000 votes but then when counting of votes of EVMs from areas considered Khan’s strongholds was taken up, he moved far ahead.

Khan’s record victory ensured that Okhla, which has a majority of Muslims, continued to send a member of the community to the Delhi Assembly. Former Congress minister and Rajya Sabha MP Parvez Hashmi managed to poll just about 2.5% of the votes.

The Congress candidate, five-term MLA Mateen Ahmad, came a distant third. But he still polled 20207 or 15.61% of the total votes. A former Delhi Wakf Board chairman, Ahmad was popular among the Hindus of the area too as he organised one of the largest Kanwar camps in the city.