The party had scaled down its national expansion plans after the 2014 Lok Sabha polls, but appears to be looking at another attempt after defeating the BJP in Delhi. 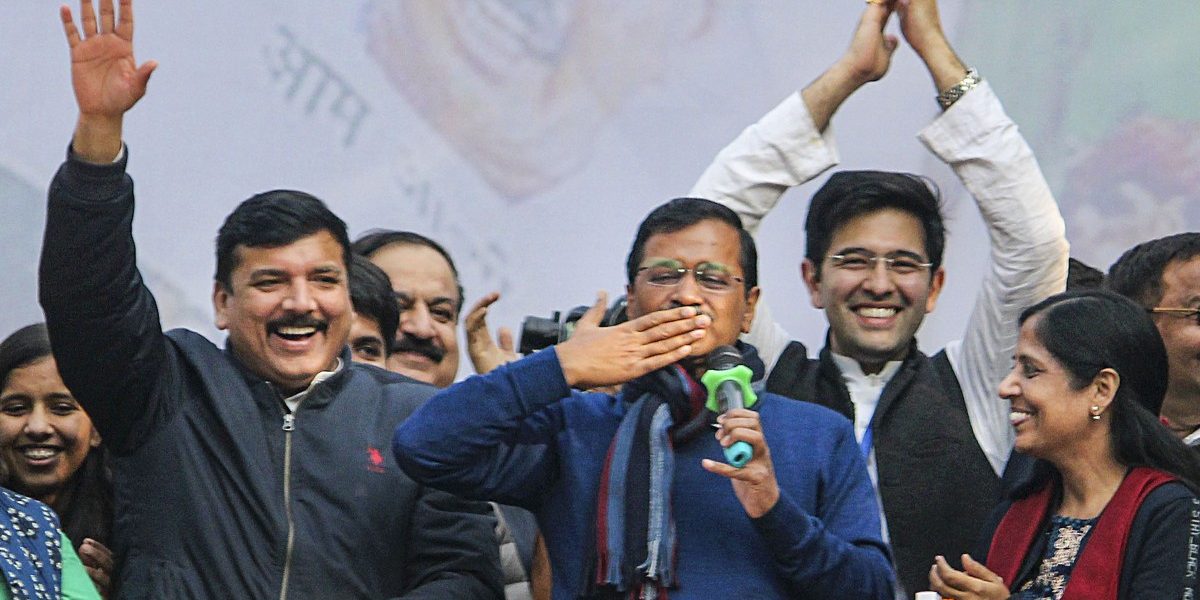 New Delhi: Aam Aadmi Party national convener Arvind Kejriwal’s invite to the citizens of Delhi to turn out for his third successive oath-taking ceremony as chief minister – at Ramlila Maidan on February 16 – is a clear indicator of his national ambitions. Played repeatedly on FM channels, the invitation tells people that the AAP model of governance is the answer to the country’s problems.

As in 2013, when Kejriwal formed the government for the first time but left Delhi after ruling it for just 49 days, he seems to be in a hurry to convey that he is meant for bigger roles.

The question now is whether the party and its leaders have learnt any lessons from the past. Though it fought the Lok Sabha polls in 2014 all over the country, with Kejriwal himself taking on then BJP’s prime ministerial candidate Narendra Modi in Benares, the party had won only four seats – and that too in Punjab. Thereafter, in the 2019 general elections, its strength in the Lok Sabha was reduced to just one, with only Bhagwant Mann retaining his seat.

But now, with Delhi voting comprehensively for Kejriwal’s party and development model – the party polled over 53% votes and won 62 of the 70 seats in the recent assembly polls – the eagerness to reach out to more people across the country is  understandable.

Over one million enrol in AAP’s membership drive

As a first move, Kejriwal has already started a new membership drive. It has proved to be quite a success in the first few days. The party claimed that over a million people enrolled under the membership scheme.

More than 1 million people have joined AAP within 24 hours of our massive victory.

To enlist new members, AAP had shared a mobile number. It also exhorted people to join through a message: “Join the revolution. Join the AAP.”

The appeal appears to be working among those who believe that AAP offers a strong alternative to the Congress and other secular parties in taking on the BJP.

`AAP’s development model is being replicated’

On how AAP is dealing with the entire issue, its national spokesperson and Rajya Sabha MP Sanjay Singh told the media on Thursday that while the central leadership would take a call on that, it is encouraging that the party’s model of governance was being replicated by several state governments.

“We have heard that Maharashtra is planning to provide 100 units of free power for the poor; Chhattisgarh wants to follow our education reforms system and Telangana is keen on replicating our Mohalla clinics system. So there is a clear acceptance of our policies and in fact it is like this that development should form the model of governance for all states,” he said.

Earlier, in an interview to The Wire, Singh had noted how the party had put its expansion plan on hold in the past in view of poor feedback from people.

“The party central leadership will decide how we will expand our party in the future. But the reason behind scaling down the national ambition was the feedback we got from the people or the results,” he had said.

Singh had further elaborated saying: “ In 2013 we won, in 2014 we fought the elections all over the country. Those election results gave us the message that we should stretch out legs slowly. If we would try to expand all over the country at one go then even our existing power would deplete. In Punjab we fought and we became the leading opposition party, in Goa we tried and we got over 6 per cent votes. So gradually we are expanding.”