Releasing the manifesto, Delhi chief minister and AAP convener Arvind Kejriwal promised that his government would provide an ex gratia assistance of Rs 1 crore in the event that a ‘safai karamchari’ dies while performing his or her duty. The announcement comes after one sanitation worker died, while another was suffocated on Sunday.

The manifesto also pledged to start a ‘Deshbhakti Pathyakram’ or ‘patriotism course’ in schools along the lines of the ‘happiness curriculum’ and ‘entrepreneurship curriculum’ launched earlier.

This time around, AAP’s manifesto was drafted by a committee headed by the party’s national spokesperson and architect of Delhi’s education reform scheme, Atishi Marlena, the vice-chairperson of the Dialogue and Development Commission of Delhi (DDC) Jasmine Shah, and national spokesperson Ajoy Kumar.

The Delhi CM also criticised the BJP for speaking against the ‘freebies’ his government had introduced for the general public. “The BJP is opposing free electricity, water, education, medicine, bus travel in Delhi,” he said, adding that his government had made provisions for these from the savings it had accrued by doing away with corrupt practices.

Kejriwal also questioned the BJP’s ‘sincerity’ to address issues pertaining to Delhi and dared it to declare a chief ministerial face and challenged the person to a debate. “People of Delhi want the BJP to declare its chief ministerial candidate and I am ready for a debate with him,” he said.

Incidentally, the BJP has decided not to announce a chief ministerial candidate this time and its entire campaign has been centred around Prime Minister Narendra Modi. BJP leaders have also decided to forgo focusing on local matters and have repeatedly invoked Pakistan and issues surrounding the anti-Citizenship (Amendment) Act (CAA) protests in Shaheen Bagh and other parts of the country to polarise voters.

Pilot project to allow markets to run round the clock

Going into the details of the manifesto, deputy chief minister Manish Sisodia said that AAP had guaranteed quality education and health, clean water and 24-hour electricity. Additionally, Sisodia said, the party would provide doorstep delivery of ration, and free pilgrimage to 10 lakh senior citizens. He said that the party would also start a pilot project to allow markets to remain open for 24 hours.

Regarding the BJP’s question of what became of the constitution of Lokpal in Delhi – given that AAP was born out of the Jan Lokpal Movement – Sisodia responded by saying that the Delhi Jan Lokpal Bill had been passed by the Delhi assembly in 2015 but was pending before the Centre ever since. He said that the AAP government would continue its efforts to get the Bill passed. 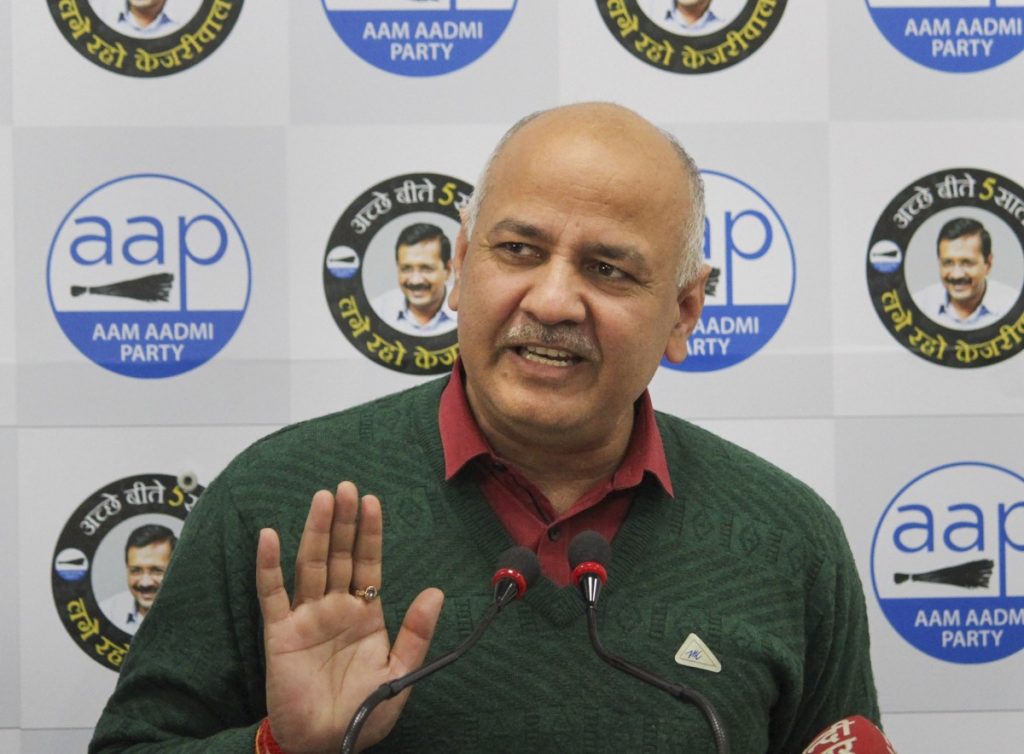 Sisodia, who has been at the receiving end of acclaim in India and abroad for the education reforms enacted in Delhi’s schools, said that education would remain the top priority for his government. He also said that cleaning the Yamuna river and the city, and the safety of women would remain other areas of priority for the party. “The vision of AAP is to provide a life of dignity and prosperity to all citizens,” he said.

Meanwhile, the BJP accused AAP of releasing a new set of promises when it had not fulfilled its previous ones. The BJP’s national president J.P. Nadda tweeted: “Delhi CM Arvind Kejriwal had promised the people of Delhi to install 15 lakh CCTV cameras and set up wi-fi across the capital. Till date, people are waiting for these cameras and wi-fi signals.”