Why Kejriwal Shouldn't Be Criticised for Not Running an Ideological Campaign

By refusing to engage with the BJP's anti-Muslim, communal campaign, AAP stuck to solid ground, talking about the work it has done in Delhi. Arvind Kejriwal, his wife Sunita and Manish Sisodia at a Hanuman temple after winning the Delhi elections on Tuesday. Photo: PTI

Despite the toxic political environment surrounding us, quibbling over the purity of Arvind Kejriwal’s electoral politics began as soon as the Aam Aadmi Party (AAP) scored an emphatic victory against the Bharatiya Janata Party (BJP). The ‘purists’ in intellectual and activist circles grudgingly acknowledged his electoral feat. But what they essentially gave full rein to were complaints against the AAP chief minister’s tactical manoeuvrings: his refusal to be drawn into a verbal slugfest with an aggressive BJP over the Shaheen Bagh protests or the Citizenship (Amendment) Act (CAA)/ National Population Register (NPR) controversy. To his critics, Kejriwal’s victory in Delhi did not really amount to a significant political achievement.

In many ways, direct and indirect, the Delhi chief minister is being made out to be a closet Hindutva supporter. It seems to matter little that when the opposition all over the country is running helter-skelter in its attempts to beat back the BJP, Kejriwal has managed to defeat them in a vicious electoral fight. The BJP campaigned on little else than vicious anti-Muslim communalism that it invariably connected to the anti-CAA protests. Kejriwal refused to be dragged into those waters. Instead, he stuck to solid ground, talking about the work he has done in Delhi. Let’s not forget that an elected government’s mandate is to perform. Kejriwal stuck to one of the basic tenets of electoral democracy, urging voters to assess his government’s work. People did just that. Not because they suddenly turned indifferent to the pull of Hindutva, but because they recognised the performance of the AAP government.

Where does this electoral tactic place Kejriwal on the ideological and political spectrum? His invocation of Hanuman, visit to a Hanuman temple, and recitation of the Hanuman Chalisa have all been made out to be the markers of BJP-like politics. Kejriwal, his critics have said, did not fight the good ideological fight. In other words, what they seem to suggest is he should have fought that very fight that would have pulled him down and brought the BJP to power in Delhi. Put differently, according to this confounding logic, Kejriwal should have virtually campaigned to ensure a BJP victory.

In his column in The Print, Swaraj India leader Yogendra Yadav wrote, “Far from inaugurating a new model of governance, the AAP has replicated, more successfully than others, what is by now a box standard template of re-election. The template was designed by Narendra Modi himself in his second and third assembly elections in Gujarat, replicated and refined by chief ministers like Shivraj Singh Chouhan, Raman Singh, Nitish Kumar, and Naveen Patnaik.”

Yadav went on to say that unlike the AAP’s first victory in 2015, “This second victory is not a realisation of that promise. Instead, it confirms that this new player has learned the rules of the game better than the older players, and proven that you don’t need a new model of governance or vision to succeed in India’s politics.”

Criticising Kejriwal for his “tactical silence on critical issues raised by the BJP,” political scientist Suhas Palshikar in his Indian Express column wrote, “The Delhi elections also underscore how the popular imagination of a good CM candidate (or for that matter a good political leader) is being shaped. By reciting Hanuman Chalisa, Kejriwal didn’t just exhibit his piety, he opened up new tests for future politicians.” Palishikar went on to say it was not anybody’s intention to “grudge” Kejriwal or any other political leader “personal space to hold and practice her religious and spiritual beliefs.” But the AAP chief minister has turned that into a public virtue. “This insistence of holding your faith on your shirtsleeves characterises the BJP’s Hindutva,” observed Palshikar.

Also Read: Arvind Kejriwal May Be Liberal India’s Darling, But He Isn’t the Solution We Need

The political scientist further noted that Kejriwal was “tactically clever” not to walk into the BJP’s trap; that by refusing to take a position on nationalism, CAA, and NRC Kejriwal retained his electoral base. However, “this also begs two questions: What really is/was his stand on these issues? We will probably never know. Or, post-results, he may muster courage and formally dissent from the BJP’s position.”

It may be recalled that the AAP, within and outside parliament, has opposed the CAA and supported the protests in Shaheen Bagh in different ways. At a News18 conclave in January, Delhi deputy chief minister Manish Sisodia said he stood with the people of Shaheen Bagh. “Earlier in the day, Delhi chief minister and AAP president Arvind Kejriwal also described the CAA as ‘an issue’ and said his party does not support the divisive exercise or the proposed NRC. He said the party had voted against the CAA in parliament, and he has opposed it in every rally and interview,” the report states.

It is disingenuous – in the face of that evidence, as well as Kejriwal’s repeated, full-throated criticisms of the CAA and NRC on television during town halls in the lead-up to February 8 – to suggest that he has not taken a position on the issue. What his ideologically-inflected critics mean to say is that he didn’t take the position they wanted him to. Yes, he didn’t run an ideological campaign. Playing into the BJP’s hand would only have ensured AAP’s defeat. One could ask, in turn, how handing over Delhi to the BJP would have strengthened the larger ideological battle against the politics of Hindutva.

Furthermore, as journalist Jyoti Punwani demonstrated after the results in Delhi, there is much to be said for keeping one’s ear to the ground instead of channelling the same radical pieties Left-liberal circles have clung to for years. “Delhi’s voting ​had just got over when I visited Shaheen Bagh. I had barely started talking to a group of women when ​Arvind K​ejriwal’s name came up,” wrote Punwani. After criticising the Modi government for its callousness, protesters told the journalist, “Look at ​Kejriwal. With his work, he’s made a place in our hearts (hamare dilon mein jagah banaa di). But the ​BJP leaders have only abuses for us.” Asked about the criticism against Kejriwal for not visiting Shaheen Bagh, the protesters stoutly defended the chief minister: “Why should he come here? What does he have to do with this issue? It’s not of his making … And it’s better he doesn’t speak about Shaheen Bagh. The ​BJP will only use whatever he says against them.” 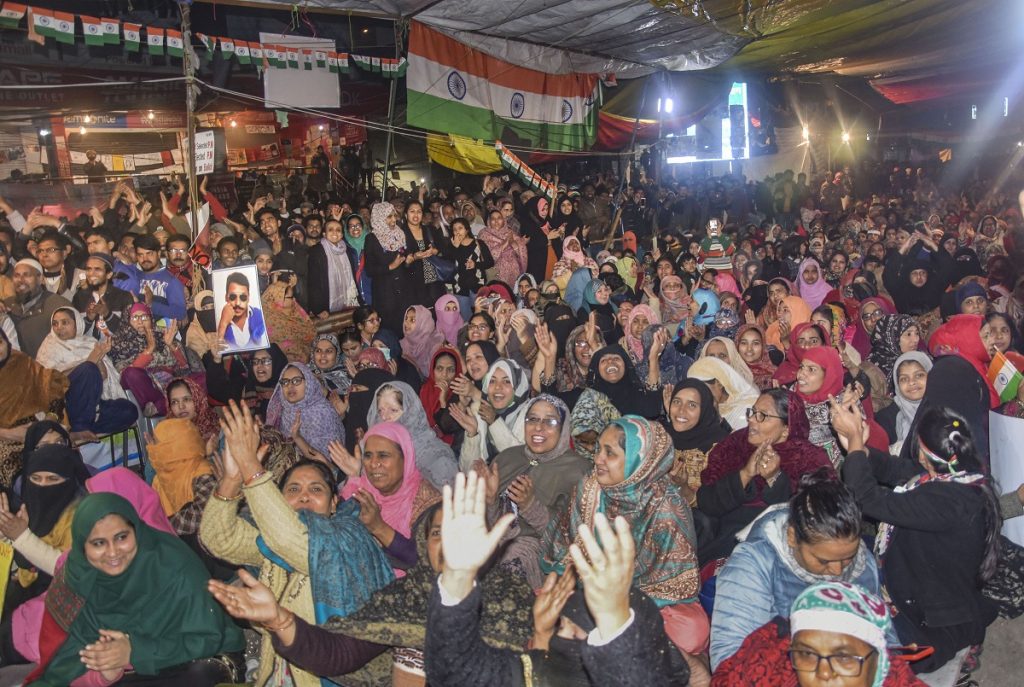 How does one define ‘soft Hindutva’

The critique of Kejriwal’s poll politics raises a couple of questions: How does one define ‘soft Hindutva’ in a country where a majority of people – of all faiths – are deeply religious. If going to a temple and placing garlands is a symptom of political and electoral Hindutva, then surely the same can be said of those who mobilise Islam or Buddhism for political purposes. Anyone who claims that public displays of religious faith set new standards for politicians in India, or that those standards are in and of themselves examples of collusion with Hindutva, must have either been sleeping or blissfully looking away from the landscape of Indian politics for at least the past century.

The point is, explicitly, not that AAP or Kejriwal’s politics are flawless. They have taken objectionable, uncomfortable positions in the past. They also hold on to ideas of nationalism that many of us, myself included, would be skeptical of. But they have also shown a greater capacity to be open to debate and change than most political parties. They fielded candidates like Atitshi and Amanatullah Khan (who won by a landslide in Okhla). If their critics were actually interested in advancing the fight against a fascist Hindu Right, they would recognise the complexities entailed in that fight. As it stands now, they are only demonstrating the limits of their own imaginations.

Note: In an earlier version of this article, Suhas Palshikar’s quotes were wrongly attributed to Yogendra Yadav. The error is regretted. The article has also been edited to add quotes from Yadav.