Three people were injured in the clash and the TIPRA chief himself was heckled. 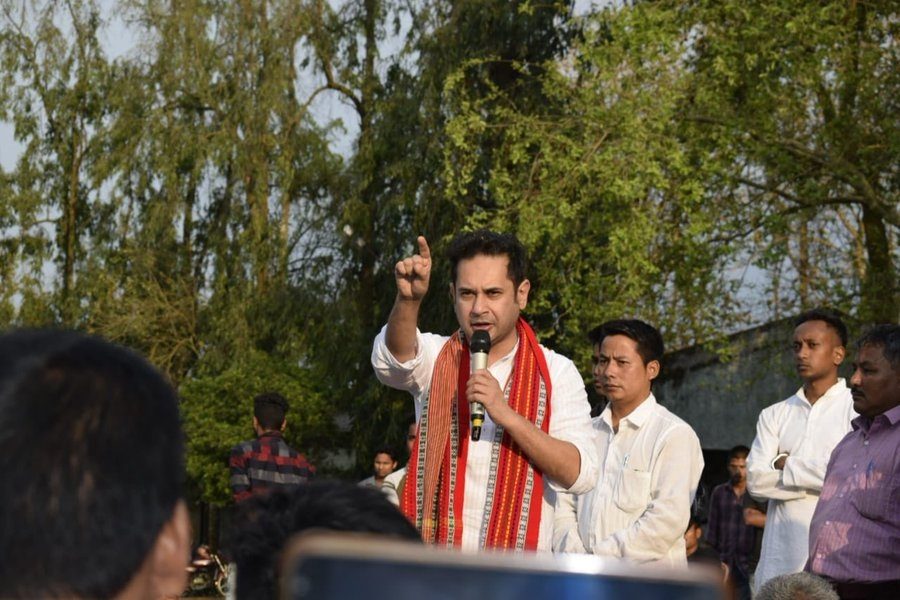 Pradyot’s announcement came after violence purportedly broke out between members of TIPRA and the Tripura People’s Front (TPF) – which is a regional indigenous political party in the state – on Thursday at Khumulwng, the headquarters of the Tripura Tribal Areas Autonomous District Council (TTAADC).

The area is preparing for a series of cultural events in which singers like Lucky Ali and Papon are expected to perform, on December 19 and 20.

Speaking with The Wire, a senior police official said that at least three persons were injured and an FIR was registered after the clash.

The violence took place following a rally of TPF which is led by human rights activist Patal Kanya Jamatia, and had sought permission to hold a programme at the Khumpui Academy grounds at Khumulwng. “Permission was denied by the TTAADC administration. But police arranged for security nonetheless,” said the police official.

“Since morning, TIPRA workers had been trying to prevent the TPF from holding their programme but due to police presence, they couldn’t do anything. TPF held a rally also. They started raising some slogans against TIPRA. By the time the rally entered the grounds, the workers of TIPRA had vandalised some vehicles. Somehow, we managed to control them. The TPF supporters were chased away and one sustained serious injuries,” the policeman said.

Pradyot reached the spot and tried to defuse the situation. While attempting to enter the grounds, he was heckled by TPF members.

Later, he said, “Bubagra (Maharaj) is not against you people. There is no difference between me and Patal Kanya [chief of TPF]. Our parties are different but in our hearts we are the same. As TIPRA chairman, I request the police to register an FIR against the persons who attacked the TPF workers and to arrest them. I will immediately suspend anyone from my party if I find them involved in the attack”.

Today during the first day of a two-day special session of the district council, Pradyot pushed for symbol-less elections in the local bodies that come under limits of the Sixth Schedule area to avoid political conflict.

Citing example of rural polls in Uttar Pradesh, Maharashtra, and other northeastern states where elections are held without any symbols, Pradyot sought cooperation from the opposition bench led by the Bharatiya Janata Party as well so that the culture of political clashes could be averted.

“The elections are mandatory to ensure fund flow. If the BJP agrees, we shall adopt this unique way of holding the elections and let the village councils be formed in a properly democratic way,” he added.

There are 587 village councils and the tenure of these bodies have expired. But polls have not been conducted citing COVID-19.

“Now, if big states like Uttar Pradesh can have elections, why the same can’t be held in Tripura too?” he asked.