A Dangerous Experiment Is in the Works in Kashmir

The BJP is in for the long haul in the Valley. It has money, craft and determination. 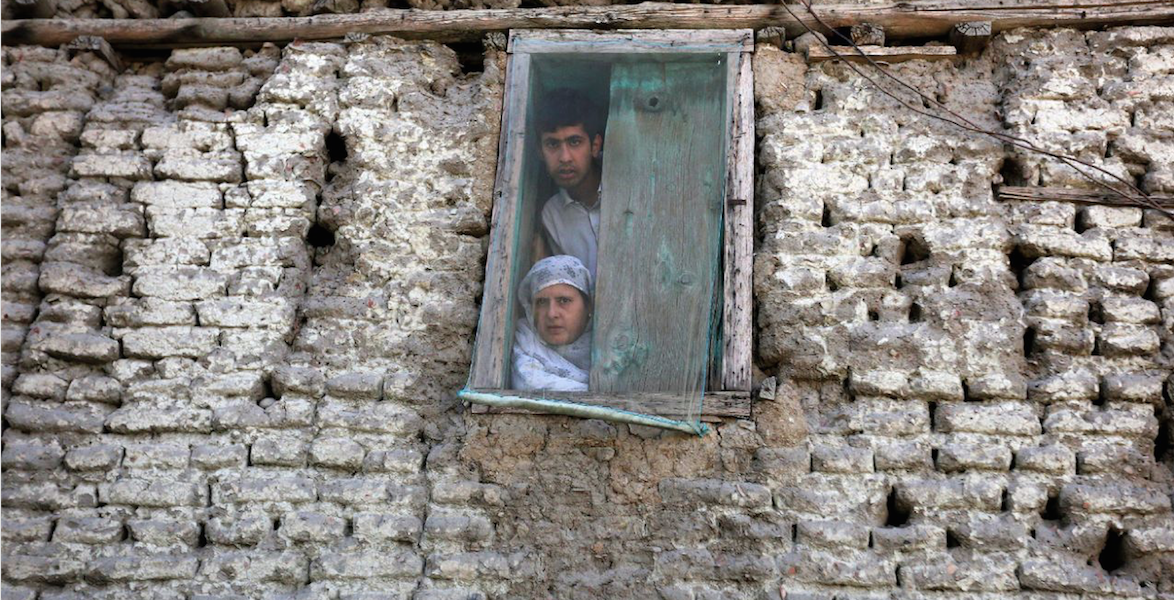 A dangerous experiment seems to be in the works in Jammu and Kashmir. It started innocuously enough and in the best traditions of a vibrant democracy.

In the November 2014 state elections, the People’s Democratic Party (PDP) won 28 seats in the Muslim-majority Kashmir Valley. The Bharatiya Janata Party (BJP), which a few months prior to that had decisively won the general elections, cruised to a comfortable majority of 25 seats in the Jammu region, which has a near equal mix of Muslims and Hindus.

While the PDP did not get a single seat in Jammu, the BJP drew a blank in Kashmir. The other two parties in the fray, the National Conference (NC) and Congress, managed 15 and 12 seats respectively. The NC got most of its seats in Kashmir and just a couple in Jammu. Only Congress got seats in all the three regions of the state – Jammu, Kashmir and Ladakh. Even in a state as divided by religion as J&K, the assembly election results were unprecedented.

Clearly, the Rashtriya Swayamsevak Sangh-BJP combine’s hard work amongst the Hindus of Jammu and the August 2013 communal violence in Kishtwar district had influenced voters, resulting in religious polarisation permeating the ballot box.

In this verdict, PDP patriarch and chief ministerial aspirant, Mufti Mohammad Sayeed read the people’s desire for a PDP-BJP coalition. The BJP, of course, saw an opportunity to form its first-ever government in J&K. And then, true to the old Indian idiom, the big fish started to poach on the small fish. The PDP spent less time running the affairs of the state and more on saving the coalition government and its own flock from the BJP’s predators.

Sayeed died in harness in January 2016. His daughter, Mehbooba Mufti kept the alliance government in abeyance for nearly four months, trying to strike a harder bargain with its partner. But it was all in vain. Left with no choice, she took the oath as chief minister in April 2016. The BJP bided its time and pulled the rug in June 2018.

By this time, the PDP had shrunk, many of its leaders were compromised and its cadre disillusioned. The BJP gained so much by this experiment that it went on a recruitment drive in the Valley. 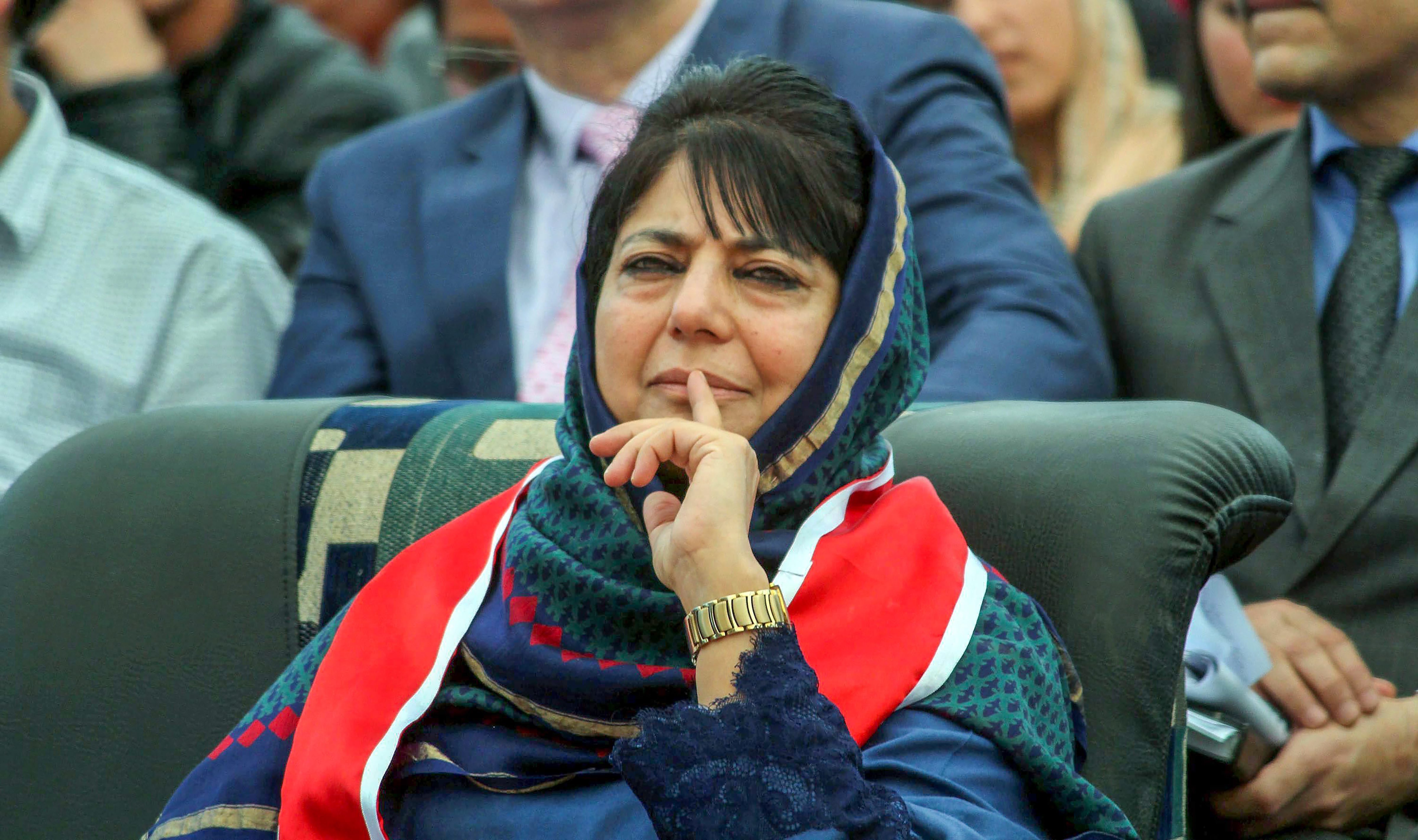 A combination of novelty, money power, disillusionment with the existing politicians and a decades-old belief that only the BJP can resolve the Kashmir issue because of Atal Bihari Vajpayee’s ‘insaniyat ke daaere mein’ (within the principles of humanity) speech of 2003 made a large number of Kashmiris flock to it.

To make the point that it was now a permanent player in the Valley, the BJP fielded Muslim candidates in the 2019 Lok Sabha elections. Of course, they all lost. But remember, these are still early days. The largest political party in India is in for the long haul. It has money, craft and determination.

And hence the dangerous experiment.

After six months of Governor’s rule in Jammu and Kashmir, the state was brought under President’s rule December last. Recently, it was extended for another six months. This clearly has been done to create space for the BJP to strengthen its hold on the Valley and poach more members from mainstream parties like the PDP, NC and even Congress.

The idea is to not only erode their credibility but minimise their influence too. Since money plays an important role in elections – more so in Kashmiri elections – the Central government launched a campaign to clean up the Valley of unaccounted money. While it started as an investigation against terror funding and the separatist leadership, gradually the scope of the clean-up drive increased to include tax evasion and money laundering. Consequently, a few mainstream politicians and their financial benefactors have come under the scanner. It wouldn’t be surprising if this slows down their political activities.

The BJP’s plan is for the ensuing vacuum to be filled by leaders like Sajad Lone – who swung from separatism to mainstream politics, and eventually aligned with the BJP in return for a ministerial berth in the PDP-BJP alliance government – even if they have limited influence. For all his exertions, Lone managed only two seats in the 2014 assembly elections. But his candidates in other constituencies, despite their losses, skewed the chances of NC in north Kashmir, a region that has traditionally been its stronghold. Not only did the PDP manage to breach this area, even the Congress gained at NC’s cost. 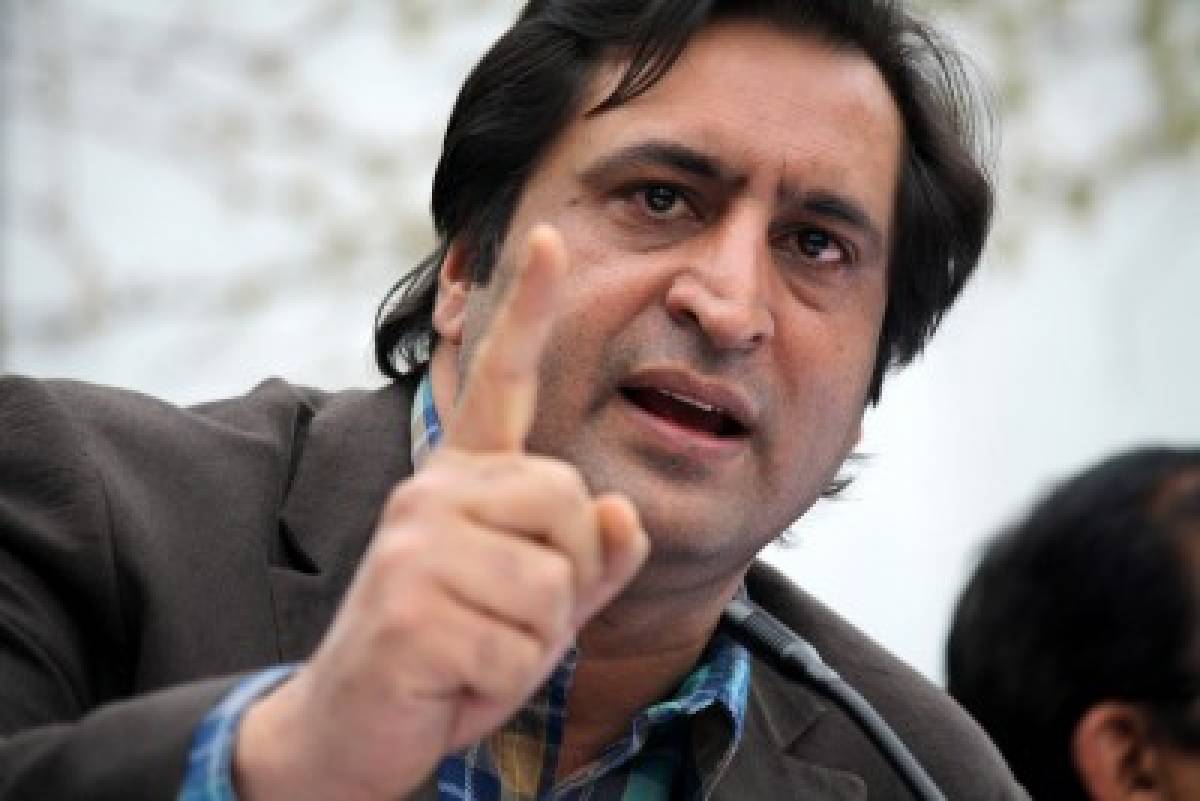 If more funds are made available to him, perhaps he will be able to deliver more. To ensure that Lone does not become too big, though, it is likely that some independent candidates would be propped up too. There are rumours that the latest political kid on the Kashmiri block, Shah Faesal, who quit the bureaucracy to float his own political party, is being eyed by the BJP for a possible alliance after the assembly elections, which according to reports, are likely to be held later this year.

Concurrently, the BJP is looking for new unaffiliated leaders from among grassroots politicians like the sarpanchs. After the last panchayat elections, there are about 4,000 sarpanchs in the state. According to some media reports, the government is planning to not only release more funds to them but also devolve more power to them, undercutting the local MLAs. Gradually, some of them may be persuaded or tempted (whatever is applicable) to contest the assembly elections.

Also read | Do We Really Care for Kashmir or Just the Idea of It as a Part of India?

The hope is that with a clear majority in Jammu, possibly Ladakh, and a few seats in Kashmir, the BJP will independently form the government in the state with the help of smaller parties like Lone’s, Faesal’s and independent candidates. Perhaps, opportunists from the NC and PDP will also join in.

Will this experiment deliver chief ministership of the state to the BJP? Possibly. Will Kashmiri Muslims vote for the BJP? Possibly. As far as Kashmiris are concerned, all mainland Indian political parties are the same. In fact, being part of the collective memory of repeated betrayals, the Congress is less desirable. The BJP is untested.

For Kashmiris, its record in the rest of India is immaterial. The communal vs secular debate does not matter to them. On the contrary, they understand the communal better, because to a large extent, it reflects their own attitude towards politics, which veers towards Muslim communalism. After all, Muslim communalism defined the erstwhile Muslim United Front (MUF) of the ill-fated 1987 elections and subsequently became the driving force of the PDP, which sourced its foot soldiers from the Jamaat-e-Islami.

Where do the local parties stand?

As far as the NC and PDP are concerned, while the latter is more or less finished, the former carries the same baggage as the Congress. Moreover, with the BJP at the Centre, what can the future NC government possibly do when even in the best of times the state government’s power remains limited to highly basic administrative issues? Under the present circumstances, any party can deliver on these, irrespective of its colour.

Seen in this context, the frequent comments by governor Satya Pal Malik, an old BJP hand– including the one which seems to incite violence against parties like NC and PDP – do not appear to be all that off the cuff. They are part of psy-ops against these a parties. This is also the reason that the Centre is in no hurry to hold talks with anyone in the Valley.

Seen from its perspective, who is there to talk with? Separatists? Mainstream parties? Students? Traders? More to the point, what is there to talk about? In any case, the hyperactive governor is engaging in selective dialogue with chosen locals.

The ‘us’ vs ‘them’ narrative

As far as feel-good measures like the release of youth accused of stone-pelting, scholarships to students, soft loans to entrepreneurs are concerned, these will be delivered by the new BJP-led government to build goodwill and smooth its way to power.

Unfortunately, there is a twist in this tale – the Kashmiri sentiment, which has remained steadfast for nearly 70 years, both during peace and conflict. While during conflict, as in the present time, it shows up as hostility towards the state and defiance of its authority; during peace, it used to be a resigned consciousness about the temporariness of the situation as people awaited the permanence of a resolution. Kashmir has always been about ‘us’ and ‘them’.

In the early post-independence decades, the ‘us’ of the Kashmiris was not religion-specific. As author Nandita Haksar has written in her book The Many Faces of Kashmiri Nationalism, until Saudi-inspired Islamic jihadism entered the Kashmiri mindscape in the 1980s, both Muslims and Pandits were on the same side of the autonomy dream. In those days, it was not terrorism but a sense of betrayal for promises reneged that propelled the sentiment.

However, a manipulative Central government thought that it could trump that sentiment. The result was a full-fledged armed insurgency, which started in 1989. Yet, the manipulation continued and the insurgency became deadlier and more religious. Today, there are players who are desperately trying to link it up with Islamic resistance and terrorism in other parts of the world, without much success. Until now.

Prolonged conflicts have a tendency of continuously changing their nature. Every time a reasonable voice is silenced, an unreasonable one rises. This is not theory. People with a sense of history can look back and see for themselves. When you discredit the moderates, you encourage the radicals. When you reduce humanity to a spectacle, you create a dehumanised society.

For the last three decades, Kashmiris looked to Pakistan for support. Now they look at China in hope. The China-Pakistan Economic Corridor (CPEC) is passing near by. All around them will be the criss-crossing highways of the future built by China under its Belt and Road Initiative (BRI). China-Pakistan will determine the future course in Afghanistan once the US cuts its losses and exit. Can Kashmir remain unaffected? Will its restive population tell itself to remain content with Delhi’s carrot and stick?

“Something terrible is going to happen,” a local told me over the phone. “The government has ordered 100 more companies of paramilitary forces. We are prepared. We are stocking up on rations and fuel. We have seen 2010 and 2016. We can face worse.”

Can the unsheathed hand of the Indian security forces subdue people who are defying fear? It is time to take Kashmir out of the petri dish. Enough experiments. Let’s talk resolution.