Why Does the RBI Habitually Defy India’s Right-to-Information Ecosystem?

The RBI must take the Supreme Court's warning from last week seriously and bring down the iron walls of its RTI wing so as to not perpetuate India’s financial regime of secrecy. 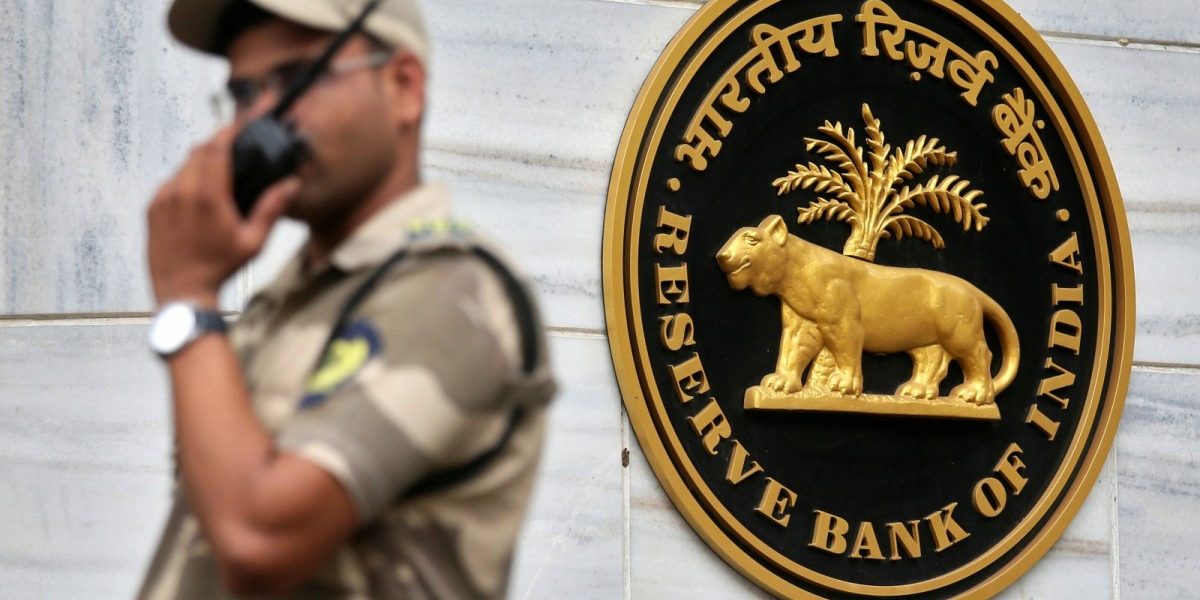 A guard stands next to the Reserve Bank of India (RBI) logo outside its headquarters in Mumbai, India, October 5, 2018. Credit: Reuters

The Reserve Bank of India (RBI)’s recent refusal to share copies of the annual financial inspection reports of public and private banks amounts to an abdication of constitutional responsibility.

The central bank has claimed that these documents qualify as fiduciary information. This claim is regulatory irresponsibility.

The RBI is now testing the patience of the Supreme Court, which has repeatedly rejected its contentions against transparency and against the directions of the Central Information Commission (CIC).

The CIC has no powers to punish contempt, even when institutions like RBI deliberately behave in contempt.

The RBI should understand that if it undermines the Right to Information (RTI) system, it is undercutting itself as a constitutional central banking regulatory authority. It must be transparent for its own survival.

Taking a step back: A recent case concerns attempts by RTI activist Girish Mittal to charge the RBI with contempt in the appropriate forum, i.e., the Supreme Court.

Using RTI, Mittal had asked for copies of the annual financial inspection (AFI) reports of ICICI Bank, Axis Bank, HDFC Bank and State Bank of India from April 1, 2011. He also wanted copies of any show-cause notices issued to these banks, and the response to such notices and action taken, if any.

Others wanted information about borrowing, defaulting and irregularities of private and public banks noticed and acted upon by the RBI.

All of these requests hit the iron wall of RBI’s RTI wing.

This is not first time that RBI has stonewalled requests. It has behaved similarly over the wilful defaulter list and actions taken on it, if any.  The problem is the obvious inference that the public draws from such actions – that the RBI is interested in protecting the interests of financial fraudsters.

Why are AFI reports important?

None of these subjects are trade secrets. As part of its routine drive to clean-up bank balance sheets, the RBI conducts inspections and prepare reports having identified some corporate stressed accounts and asks banks to treat them as non-performing assets (NPAs). Banks are supposed to make immediate provisions for them. Generally, the AFI is part of RBI’s banking regulator’s supervisory mandate with on-site inspection of banks on an annual basis.

Besides the head office and controlling offices, certain specified branches are covered under inspection to ensure a minimum coverage of advances. The compliance to the inspection findings should be followed up in the usual course. The top management of the RBI engages with bank managements highlighting concerns that need immediate rectification, and draw up an action plan, that can be monitored.

How can this information be hidden as ‘fiduciary related’ or ‘information, disclosure of which might affect the economic interests of the nation’?

The Supreme Court’s warning last week must be taken seriously at least now. Justice L. Nageswar Rao has given one week’s time to the RBI to disclose as per its earlier orders or face stern action.

In the apex court hearings, the petitioners relied on the December 16, 2015, judgment in RBI vs Jayantilal N. Mistry, wherein the Supreme Court, which upheld half-a-dozen CIC orders, had said:

“RBI is supposed to uphold public interest and not the interest of individual banks. RBI is clearly not in any fiduciary relationship with any bank. RBI has no legal duty to maximise the benefit of any public sector or private sector bank, and thus there is no relationship of ‘trust’ between them”.

A two-judge bench of Justices M.Y. Eqbal and C. Nagappan held that the banking sector regulator was supposed to

“uphold public interest and not the interest of banks…The RBI was thus clearly not in any fiduciary relationship with any bank…The RBI has a statutory and constitutional obligation to act with transparency and not hide information on the premise that might embarrass individual banks. It has duty bound to comply with the provisions of the RTI Act and disclose the information sought by the respondents herein”.

In November 2018, the CIC too had issued a show-cause notice to the-then governor of the RBI for not complying with the apex court’s order on disclosure of wilful defaulters’ list who had not paid loans of Rs 50 crore and more.

In an exhaustive 66-page order, the panel also pulled up the Prime Minister’s Office for not complying with its directive to disclose the letter from former RBI governor Rajan on bad loans. The Central Information Commissioner said several categories of information were declared by the RBI as not disclosable as part of their ‘disclosure policy’ and the RBI calls the exceptional clauses under the RTI Act as ‘enabling’ provisions.

“It is against the RTI Act, the collective intention of parliament, affront to democracy, reflecting disrespect to the Supreme Court’s directions in RBI v Jayantilal N. Mistry case. The RBI has a strong legal team with experienced legal experts and meritorious graduates from National Law Schools, yet has audacity to openly defy RTI Act, CIC directions and judgement of the Supreme Court,” CIC added.

It’s not as if the RBI’s arguments are always correct. For instance, the regulator initially refused provide copies of the minutes of its board meetings pertaining to demonetisation. It parted with information to petitioner Venkatesh Nayak only after admonition by CIC. These minutes are supposed to be put in public domain, without somebody filing an RTI request. The RBI however has made mockery of voluntary disclosure mechanism under Section 4 of RTI Act by compelling the citizens to file RTI requests and then having them take up the issues with the CIC and the Supreme Court unnecessarily.

If the RBI does not respect the SC’s orders, it will perpetuate India’s financial regime of secrecy.

It is this secrecy that facilitates fraud and allows the rich and influential to flee the country as witnessed time and time again.

If it has strong positions, the RBI should try and explain why the AFI reports and wilful defaulter lists should not be placed in public domain at regular intervals. If it can’t, then it must explain why legal action should not be taken against it.

In the economic interests of Indian democracy, the RBI should transform itself into transparent body.