A performance audit brings home the point of what happens when the national auditor is denied access to information and records. 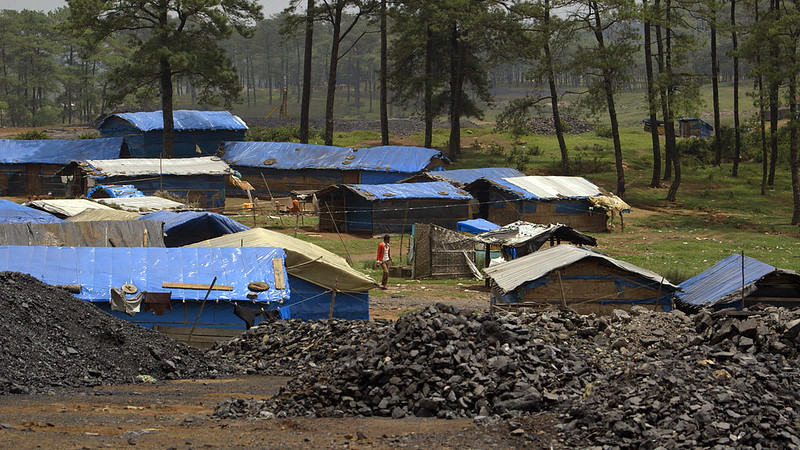 Representative image of living quarters near a coal mine in India. Photo: Environmental Change and Security Program/Flickr (CC BY-NC-ND 2.0)

A recently concluded performance audit on the functioning of District Mineral Foundation (DMF) Trusts in Jharkhand has indicted the state’s Mining and Geology Department for failing to furnish the actual figures of collections from mining leaseholders.

Bringing the sad state of affairs to public notice, the national auditor said, “There were three sets of un-reconciled collection figures: one reported by Director of Mines, one as per DMFT bank accounts and one by District Mining Officers (DMOs)”.

This performance audit presents all that has gone wrong with the implementation of this fund meant for the welfare of mining-affected communities in the country.

While the DMF Rules notified by Jharkhand government in 2016, as well as Pradhan Mantri Khanij Kshetra Kalyan Yojana Guidelines (issued by Union Ministry of Mines) dated September 16, 2015, envisioned preparation of annual action plans and budgets for respective DMFTs, the performance audit revealed, “The District Collectors of none of the sampled DMFTs prepared annual budget or annual action plan”.

Further, in a shocking revelation, the performance audit noted that the DCs of Bokaro, Dhanbad and Ranchi incurred an expenditure of Rs 1,568.04 crore from DMFT funds on various schemes during 2016-21, without identifying the areas affected directly and indirectly by mining and generating the list of affected people by involving the Gram Sabhas of the concerned affected villages.

When CAG auditors raised a red flag on this, bureaucracy at different level mentioned that it was so “reportedly on the instructions of Chief Minister and Chief Secretary of the state to meet scheme targets.” 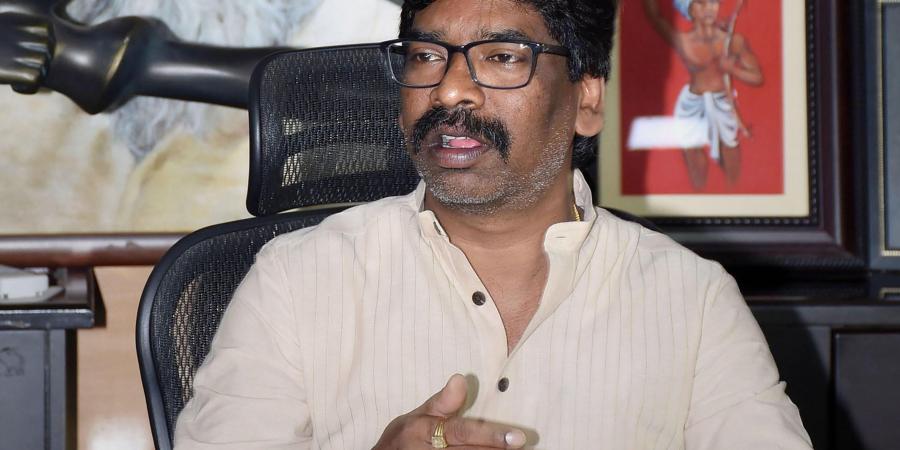 Beyond all these details showing us how a fund meant for local area development with participation from mining-affected communities got reduced to a line departments-driven fund, lies another lesson. Reading this performance audit brings home the point of what happens when a national auditor is denied access to information and records.

The question of whether there is a need to amend the Comptroller and Auditor General of India (Duties, Powers and Conditions of Services) Act, 1971, to grant more enforcement powers to the national auditor has become an aimless cry in the wilderness. Indian auditors who passionately love to perform their constitutionally ordained duty today wonder what to make of the letter ‘P’ in the law that is popularly known by its abbreviation: CAG (DPC) Act, 1971.

While this question was discussed at biannual Accountants General Conference in October 2008, and an amendment draft was prepared in 2009, consecutive finance ministers and ruling governments have largely ignored the matter.

“Audit was denied access from examining and reporting on the functioning of State Level Monitoring Committee, which is the apex body to monitor the (District Mineral Foundation Trust) Fund at state level though the matter was reported to the Secretary of the Department and escalated to the Chief Secretary of the State Government.” [emphasis added]

At another place in the performance audit, the PAG noted:

“Thus, restrictions on access to crucial and primary records to audit despite assurance of full cooperation by the Secretary of the Department in entry conference, especially when all the audit procedures and criteria for conducting audit were explained in the entry conference (held during initiation of the performance audit, wherein PAG office briefs the representatives of the audited department about the scope and methodology of audit) and Chief Secretary of the state government was taken on board with requests to produce records is a Red Flag to presumptive fraud and misappropriation. These potentially derail the constitutional mandate of audit and prevent it from providing insights to the State Legislature for fixing accountability on erring officials”. [emphasis added]

Reading the above quotes from the final draft of the performance audit of DMF in Jharkhand reminded me of the concern expressed by P.K. Kataria and Subir Mallick in a theme paper, ‘Auditing for Good Governance: Oversight and Insight’.

Arguing for the need to grant the CAG of India wider powers on access to information and records kept by public offices, Kataria and Mallick stated:

“While section 18 of the CAG (DPC) Act, 1971, provides access to the records and accounts and empowers Audit to inspect any offices of accounts under the state or central government, it doesn’t provide any enforcement powers to the CAG of India to ensure compliance by the auditee to her/his request for information within a reasonable time.”

CAG of India had initiated the performance audit on District Mineral Foundation Trusts in Jharkhand with an entry conference in December 2020 with the Secretary of the Department of Mines and Geology. The performance audit was carried out between December 2020 and April 2022 (roughly 17 months) and the audit team picked up just six districts (Bokaro, Chatra, Dhanbad, Hazaribagh, Lohardaga and Ranchi) out of 24 districts in Jharkhand as a representative sample.

In the final draft, there is a full paragraph on constraints faced by the audit.

In this paragraph, the Principal Accountant General noted down the factors which hindered the audit examination:

“(i) The Department (of Mining and Geology) did not provide any information on the functioning (policy decisions, instructions, corrective measures, monitoring etc.) of State Level Monitoring Committee (SLMC) on District Mineral Foundation Trusts despite repeated requisitions and reminders (between September 2021 and April 2022) by Audit to the Secretary of the Department and Director of Mines followed by active pursuance by audit team.

(ii) Audit requested (October 2021) the Chief Secretary of the state who is also the chairman of State Level Monitoring Committee to intervene in the matter in providing the access to the functions rendered by SLMC in handling the DMFT Funds. However, no response was received even after lapse of more than six months. This impeded the audit mandate as SLMC is the only body established under the Act to handle the Fund centrally at the Apex level. Denial of access to records of SLMC prevented audit from examining and reporting on the performance of SLMC in managing the Fund during the period under the audit (i. e. 2015 to 2020).

(iii) The Secretary of the Department and Director of Mines were also requisitioned and reminded (between August 2021 and April 2022) for production of monthly collection report of DMFT contribution and royalty. However, these were not responded to even after lapse of more than seven months (as on 19th April 2022). This prevented Audit from ascertaining the correctness of DMFT contribution and its actual loss in the state arising from delayed promulgation of DMFT Rules. Besides, the Director of Mines and the Department could not provide data of DMFT collection and expenditure for the year 2020-21 to audit as no authority had been maintaining such records for the state as a whole.

(iv) The Department did not provide, despite repeated reminders, any record for the methodology adopted for selection and prioritisation of schemes or for identification of directly/ indirectly affected area and people in compliance with the Act/ Rules. Such non-production of records from Audit prevents examination of the basis of resource allocation in the absence of mining affected area and people. The matter, therefore, merits examination from a vigilance angle as it is not possible, without impartial investigation, to find out how resources have been allocated and spent on any particular area, cluster or for any set of beneficiaries.

(v) The Director of Mines visited (October 2021) the office of the Principal Accountant General (Audit) and assured to provide all the above records/data/information etc. (which were not produced) besides data dump of Jharkhand Integrated Mines and Minerals Information System (JIMMS) portal. The records however were not produced when audit teams again visited (between November 2021 – April 2022) the office of the Director of Mines who informed audit that data/information called from field offices (DMO) were not received. In the name of data dump, a CD was sent (November 2021) by post to audit which contained excel sheets of DMO wise daily collection of DMFT contributions. No information was available in the CD (excel sheets) how these contributions were arrived at. Thus, audit was prevented from verifying the system of collection and computation of DMFT contributions being captured in JIMMS. The Director of Mines was informed (December 2021) that it was not data dump but excel sheets without any information of the royalty and payable DMFT contribution. Further request (April 2022) to provide data dump was not responded to (as on 19th April 2022).

(vi) Audit forwarded a draft report on audit findings covering the period 2015-2020 on working of DMFTs in October 2021 for response and reply of the Department. No response has been received (as on 19th April 2022) for the Department”. 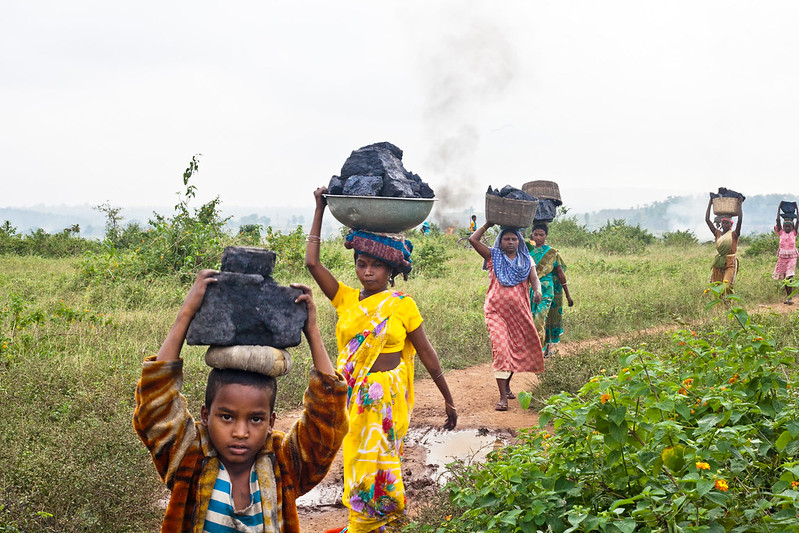 In a file noting, the Chief Secretary, while forwarding this letter, noted:

Has the reply been filed by the Secretary, Geology and Mining Department, who is under the custody of Enforcement Department?

Will the ‘exit conference’ to this performance audit take place soon?

We may have no clue on the probable answers to such questions. However, one thing is certain. If the ruling government indeed wants to walk the talk we heard from the podium of the National Audit Diwas, it must give a consideration to the proposed amendments to CAG (DPC) Act, 1971.