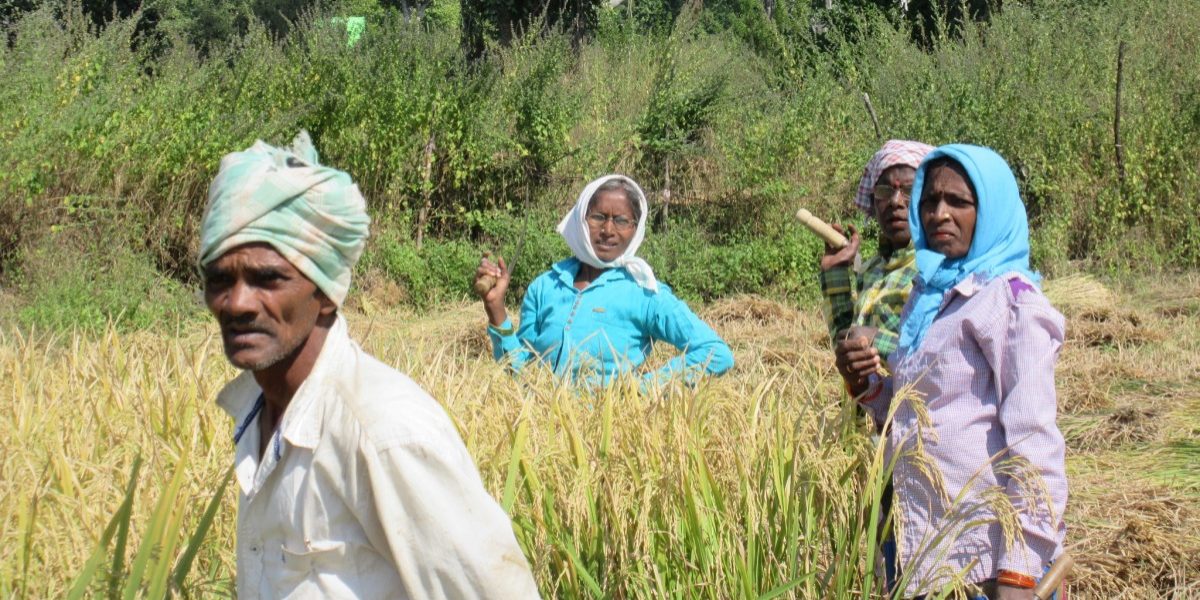 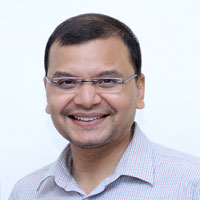 A recent pre-poll survey, conducted days before the first round of voting for the Lok Sabha election, reported farming distress to be a “very real” issue among 10,010 respondents from across 19 states of India.

But the survey also reported that “farming distress might not be much of an electoral issue” to dent the popularity of the incumbent Central government.

Only 6% respondents found “farming related issues” to be the “most important issues” while voting. These farmer respondents are likelier to be from Maharashtra and Haryana than from the remaining 17 states included in the survey.

The findings focus on the Lok Sabha elections, but since they appear within a year or two of farmers’ protests in Mandsaur, Madhya Pradesh (MP), Nasik, Maharashtra and Delhi, they raise questions about the concept of viewing farmers as ‘political groups’.

How can we understand the current electoral politics of India’s farmers? My research on farmer politics in Andhra Pradesh (AP), and the concluded assembly elections in that state, offers some clues to how it plays out in the southern state at least.

Plenty of evidence — anecdotal and scholarly — points out that farmers participate in state elections with region and locality-specific farm interests. This has been the case in the current Andhra Pradesh assembly elections. But, “farm-related issues” do not include only concerns regarding farming related subsidies, loan or insurance schemes and output prices.

Other economic and social interests also matter to farmers, especially poorer ones, in their voting. In the 2019 AP assembly elections, for instance, farmers have taken seriously their (in)ability to access limited government welfare benefits as particular caste and class groups.

Watch: In Guntur, Dreams of a ‘World Class’ Capital for Andhra Pradesh

The use of ‘money power’ during elections also seem to play a role in the voting choices of poorer farmers.

In the Rayalaseema districts, large and middle farmers from the dominant Reddy and Kamma castes have turned to horticulture since the mid-1980s. In an arid ecology, they have depended on their capacity to invest in costly bore well irrigation to succeed in horticulture. While fruit output prices were relatively low through the 1980s to mid 1990s, they were aided by moderate input prices, particularly of electricity. This equilibrium changed in the late 1990s. Wealthy backward caste (BC) farmers also began to attempt horticulture in lieu of oilseeds production. Only some succeeded in this rush for risky groundwater extraction.

The late 1990s also saw the introduction of economic ‘reforms’ in Andhra Pradesh under the Telugu Desam Party (TDP), starting with increasing electricity tariff. Consequently, for both the wealthy Reddy and Kamma horticulturists – who lead the YSR Congress Party (YSRCP) and the TDP respectively – and the BC farmers, receiving bore-well and power subsidies has been a major political interest.

But, this irrigation politics has come under ecological strain lately. With sparse sub-surface irrigation coverage, groundwater extraction has led to large-scale bore well failures in the area. Scores of middle and small BC farmers have had to destroy their fruit-bearing orchards while richer farmers have sunk additional wells or have purchased water.

Y.S. Rajasekhara Reddy’s Congress government sought to construct canals under its Jal Yagnam programme in 2004, and in some stretches, newly constructed canals have been linked with local tanks and ponds now. But since then, the local irrigation politics has become more polarised. Keen to replace YSR’s legacy of irrigation, TDP leaders have organised Jalasiri Harathi (i.e., paying obeisance to water bodies) programmes in village tanks and ponds across the state since mid-2018.

Reports of TDP supporting farmers obstructing YSRCP leaders from visiting local water bodies have been common during these programmes. BC horticulturists supporting YSRCP have been asked to vote TDP if they wished to use tank waters during the summer months ahead. On its part, the YSRCP has promised ‘free bore wells’ in its 2019 manifesto, if voted to power, enthusing many poor BC farmers in the region. The politics of managing social exclusions

Irrigation for horticulture has been a major political concern in this arid region, but farmers are also driven by two other social concerns in their voting behavior.

As members of caste groups, they vote to be able to lay claims on the government against the claims of other caste groups whom they consider their ‘competitors’.

In so doing, caste coalitions try defending and commanding local social spaces – from village streets and squares to sub-district spaces and offices – against their competitors.

The dominant Reddys are concentrated in Rayalaseema districts, where they make for 25% of the regional population. They have long constituted the chief vote bank of the Congress and now the YSRCP. To the Reddys, the incumbency of the YSRCP is therefore an opportunity to ‘recover’ their social pre-eminence and economic interests.

Even for small Reddy farmers, recovering this pre-eminence is attractive. It means commanding both ‘respect’ and labour from local BCs and SCs. It also means commanding ‘preferences’ for themselves and their supporters in agricultural and welfare schemes. For some richer Reddys, it means receiving public work contracts, liquor shop licenses, ‘cuts’ in large infrastructure projects, and being posted in key administrative positions as part of the rural bureaucracy.

Many local backward castes and Scheduled Caste peasants have voted against the Congress’s ‘Reddy Raj’ by joining the TDP.  But in villages with multiple backward castes, maintaining a homogenous political identity across castes has been difficult among the BCs. The thin and uneven ownership of bore-wells has contributed to this in particular. Relatively well-off horticulturists amongst the backward castes are often the local TDP cadres.

During this 2019 elections, many poor BC famers loyal to the TDP spoke angrily about how government benefits, especially housing and farm subsidies, in their villages had been cornered by a few such leaders and their supporters during the last five years. In some villages, the local TDP leaders countered this charge by saying that they lobbied hard with higher level leaders to get the highest number of beneficiaries from their villages for receiving ‘government benefits’. How could they help if benefits were still too meagre? Overall, the anguish among poor peasants loyal to the TDP was palpable in this election.

The use of money power on the part of the two main political parties aimed to manage these political fault lines. The richer Reddy and Kamma politicians at the regional level have tried to engage the poorer BC and SC castes through monetary incentives at the last moment.

In some backward caste villages, with the exception of party leaders, almost all resident individual voters allegedly received an average of Rs 1,000 from one party, and Rs 500 from another. Poorest voters received a premium of another Rs 2,000-4,000 per family from one party. Dinner parties were additionally thrown for male voters while female voters were paid separately. In other villages, voters complained of receiving less or no money.

The manner of distribution of money sustains two inferences. One, dominant caste party candidates differ in their capacity to command a trusted chain of cadres across villages to distribute money. Second, as voters, farmers make judgements about the level of ‘dissatisfaction’ they have about an incumbent government when they are receiving money for a vote. This time around, TDP leaders were trying to wean back the ‘moderately dissatisfied/fence-sitting’ backward caste supporters. At least some farmers who received money would vote for the party, or at the least, would split their family vote between the two parties. Overall, money-power and (alcohol) was specifically directed at poorer lower caste peasants to influence their voting behavior. 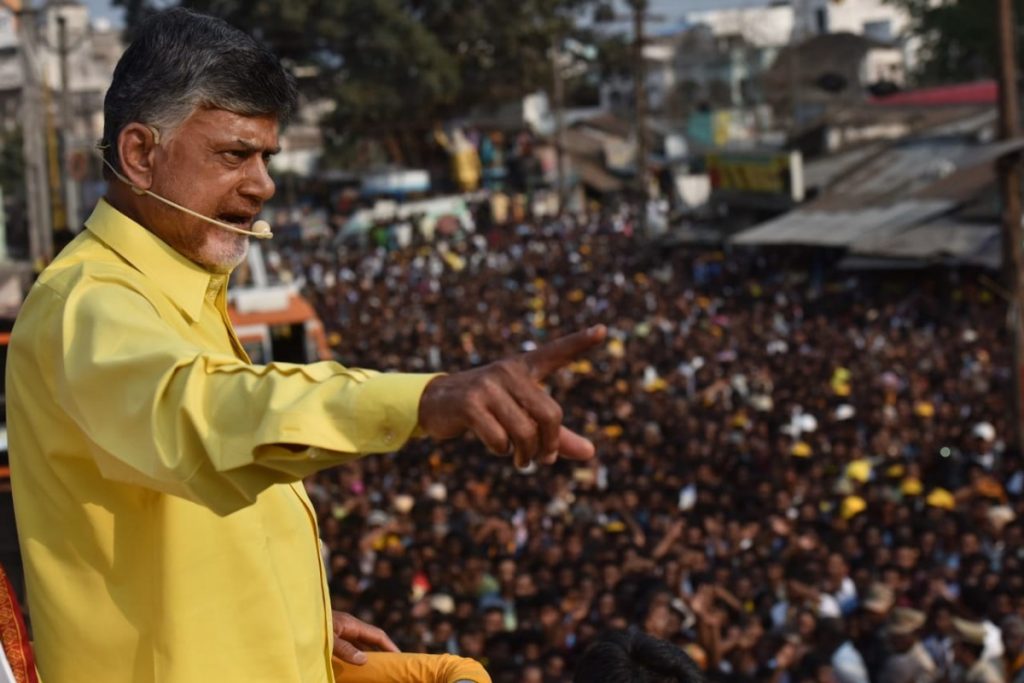 The possibilities and limits of field-level politics

As the CSDS survey reveals, the expectations about farm subsidies and higher incomes matter in farmers’ voting choices. Richer farmers tend to highlight such economic interests. Poorer farmers, on the other hand, also seem to evaluate an incumbent party’s welfare distribution record when voting.

But in states like AP, with sharp sub-regional and caste-based inequities, such class-relative expectations often take a regional and caste specific expression. Further, rural welfare schemes have seen a cut-back in the last five years in the state. Farmers in caste groups therefore respond to a composite set of expectations in which the aim of realising higher incomes from farming combines with the aims of receiving welfare benefits and dominating local social spaces.

The distribution of money for electoral advantages has become a reasonable political practice in this sort of agrarian scenario.

Nilotpal Kumar teaches at Azim Premji University, Bangalore. The views expressed here are personal. He is the author of Unraveling Farmer Suicides in India: Egoism and Masculinity in Peasant Life(OUP 2017).