The leaders of the world's major economies need to pursue a seven-point action plan no country is left behind in the fight against the novel coronavirus.

The G20 summit, scheduled for Saudi Arabia, will now be a virtual event, because of the coronavirus pandemic. Photo: g20.org 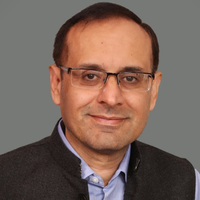 On March 26, 2020, an extraordinary virtual G20 leaders’ summit will take place to discuss global plans to tackle the public health and economic challenges posed by the coronavirus pandemic (COVID-19). The Leaders’ Summit will follow a virtual meeting of G20 finance ministers and central bank governors that was held on March 23 and a virtual G20 sherpa meeting held on March 25.

As anticipated, the G20 finance ministers did not issue a joint declaration after the call. Media reports suggest that no consensus was reached on releasing a joint declaration due to recent tensions between the US and China over trade issues and the origin of the coronavirus.

“G20 Finance Ministers and Central Bank Governors agreed to closely monitor the evolution of the COVID-19 pandemic, including its impact on markets and economic conditions and take further actions to support the economy during and after this phase. They also agreed to develop a joint G20 Action Plan in response to COVID-19, which will outline the individual and collective actions that G20 has taken and will be taking to respond to the COVID-19 pandemic.”

The press statement provides no further information about what specific individual and collective policy actions would constitute the G20 Action Plan.

The G20 finance ministers issued a somewhat similar joint statement on March 6 promising “actions, including fiscal and monetary measures, as appropriate, to aid in the response to the virus, support the economy during this phase and maintain the resilience of the financial system.” For more details on the G20 Action Plan, perhaps we may have to wait until the leaders’ summit taking place on Thursday.

More than bland statements, what the world urgently needs is coordinated action plans (with concrete steps, resources required, deadlines, and accountabilities) to address the triple crisis — a health crisis, a real economy crisis and a looming financial crisis triggered by unprecedented capital outflows and credit stress.

Apart from the immediate global health policy response to strengthen health infrastructure, well-coordinated economic policy actions are needed to restart the economy and protect the most vulnerable countries. Given the scare resources, a coordinated multilateral strategy would be mutually reinforcing and would create significant positive spillover effects for all countries. Hence, countries should initiate joint actions and seek greater international coordination in all policy areas to produce better outcomes.

The following are seven key issues for action that G20 could undertake to collectively address the public health crisis and the corresponding economic fallout of the coronavirus pandemic.

First and foremost, given the transmission of the novel coronavirus across six continents, the G20 should ensure that the movement of essential medical supplies (such as masks, gloves, and other medical equipment) is not restricted across borders and should be offered to all those countries that need them.

Further, the US, China, and Europe should jointly collaborate on many levels in developing and testing a vaccine against the coronavirus. Currently, there are no bilateral or multilateral collaborations to develop a vaccine or other treatments. Needless to add, the conduct of multiple testing programs across various jurisdictions enhances the success of vaccines.

Once a vaccine is approved and successfully launched, it should be offered to people around the world affordably, and regardless of economic or political considerations. Saving human lives is far more critical than seeking monopoly privileges or pursuing geo-strategic goals.

The coronavirus pandemic has, once again, highlighted the need to provide substantial financial support to the WHO to meet the current and future health epidemics.

The G20 should provide significant financial assistance through grants and concessional loans to the poor and developing countries that desperately need funds to augment their public health infrastructure and to revive the economy.

In this regard, the G20 needs to adopt a multi-pronged approach and extend support to myriad international initiatives.

The IMF has made available $50 billion through its twin emergency financing facilities — the Rapid Credit Facility (RCF) and the Rapid Financing Instrument (RFI) — to poor and developing countries affected by the coronavirus. Besides, the IMF has recently expressed its willingness to mobilise an additional $1 trillion to assist its member countries.

Both these initiatives by the IMF could be effective provided loans do not prescribe fiscal tightening measures and are not denied to member-countries (for instance, Iran or Venezuela) that may have political or strategic differences with some of the biggest shareholders of the Fund.

Since mobilising $1 trillion may take considerable time in getting approval from its largest shareholders, the IMF could devote more resources to its twin emergency financing facilities in the near terms. On March 23, Kristalina Georgieva, the managing director of the IMF, said that as many as 80 member-countries are seeking help from the Fund. Hence, $50 billion may not be adequate to meet the immediate financing needs of so many countries.

Further, the funds under the RFI facility should be made available to countries at zero interest rate, with repayment over 10 years. Some of the preconditions attached to securing financial support under the RFI should be relaxed for countries dealing with the global pandemic.

Apart from the IMF, financial support from regional and international financial institutions should be mobilised. For instance, the World Bank can play an essential role in reviving trade finance, as it did during the 2008 global financial crisis.

Norway has proposed to establish a coronavirus fund at the United Nations to assist poor countries facing the virus epidemic, similar to the Ebola Response Multi-Partner Trust Fund established in response to the Ebola outbreak in 2014 by the UN. Such financing initiatives need to be welcomed by the G20 and international community.

Apart from resource mobilisation, the international coordination of financing initiatives is equally important. Ideally, the UN is well-placed to coordinate different financing initiatives, given its strong commitment to the Sustainable Development Goals (SDGs) along with the active participation of poor and developing countries in the decision-making processes.

The G20 should request the US to extend dollar swap lines to large emerging market economies (EMEs) (such as Turkey, Argentina, and South Africa) that are facing a dollar funding squeeze. Currently, the US Federal Reserve has offered swap lines to just four EMEs: Singapore, South Korea, Mexico and Brazil.

There are regional financing arrangements (RFAs) such as the Chiang Mai Initiative, Arab Monetary Fund, BRICS Contingent Reserve Arrangement, and Latin American Reserve Fund that have been established to provide financial support to countries experiencing financial difficulties. However, since most member-countries of the RFAs are also experiencing financial problems, large financial support from such arrangements may not be available in the present circumstances.

The G20 should take the lead in coordinating a wide range of macroeconomic policies to avoid beggar-thy-neighbour policies, as it did so in the wake of the 2008 crisis.

Although most fiscal stimulus measures are likely to be targeted at sub-national and national levels by governments, the G20 should task the Financial Stability Board (FSB) to explore a coordinated and synchronised global fiscal response that can mitigate the economic downturn and protect the most vulnerable economies.

Unlike advanced economies, most developing and emerging economies lack social safety nets that can serve as automatic fiscal stabilisers by boosting fiscal spending during economic downturns.

Special attention needs to be given to support households and small and medium enterprises badly hit by simultaneous supply and demand shocks.

The G20 should pledge to do “whatever it takes” to preserve macroeconomic and financial stability. In particular, G20 leaders should strongly endorse the use of capital controls to stem rapid outflows currently experienced by several EMEs as panicked investors are dumping assets in exchange for the US dollar.

Capital outflows from the EMEs have exceeded $70 billion since the beginning of the coronavirus outbreak. The Institute of International Finance has noted that fund outflows from EMEs since late January “are already twice as large as in the global financial crisis and dwarf stress events such as the China devaluation scare of 2015 and the taper tantrum in 2014.”

A sudden surge in capital outflows can trigger large depreciation of EM currencies, which in turn increases the domestic value of foreign currency debts and could trigger sovereign and corporate defaults. The foreign exchange interventions and liquidity provisions have their limitations, and therefore, policy actions are needed to regulate volatile capital flows.

Besides, G20 leaders’ endorsement of other regulatory measures (such as a ban on short-selling, and enhanced surveillance of high-frequency trading) would encourage national regulators to undertake all necessary preventive measures to maintain market integrity.

The sudden stop in capital flows coupled with a sharp decline in commodity prices has further complicated external financing for many developing and emerging economies. Almost half of the EMEs are commodity exporters. Some countries are finding it difficult to service their foreign currency debt as their debt levels were unsustainable well before the coronavirus outbreak. In early March, Lebanon defaulted on its foreign currency debt. Argentina desperately needs “substantial” debt restructuring to avoid a sovereign default.

The G20 should support substantial relief to all those countries that are facing a full-blown debt crisis. A moratorium on debt repayments by multilateral lenders and foreign creditors would enable countries to devote more resources to fight the pandemic.

This is the time for international solidarity, not for trade wars and sanctions. The G20 countries should resolve two major ongoing bilateral disputes — a trade war between the US and China; and an oil price war between Saudi Arabia and Russia.

The trade and oil price wars weaken international cooperation at a time when it is badly needed to fight the coronavirus pandemic.

At the very least, the G20 member-countries should hit the pause button on their bilateral trade and oil price disputes until the world fully recovers from the coronavirus and its economic effects.

Kavaljit Singh is Director of Madhyam, a policy research think-tank, based in New Delhi.