The Modi government today finds itself on a slippery slope as the crude oil market remains ebullient, with the Brent hovering at $80. 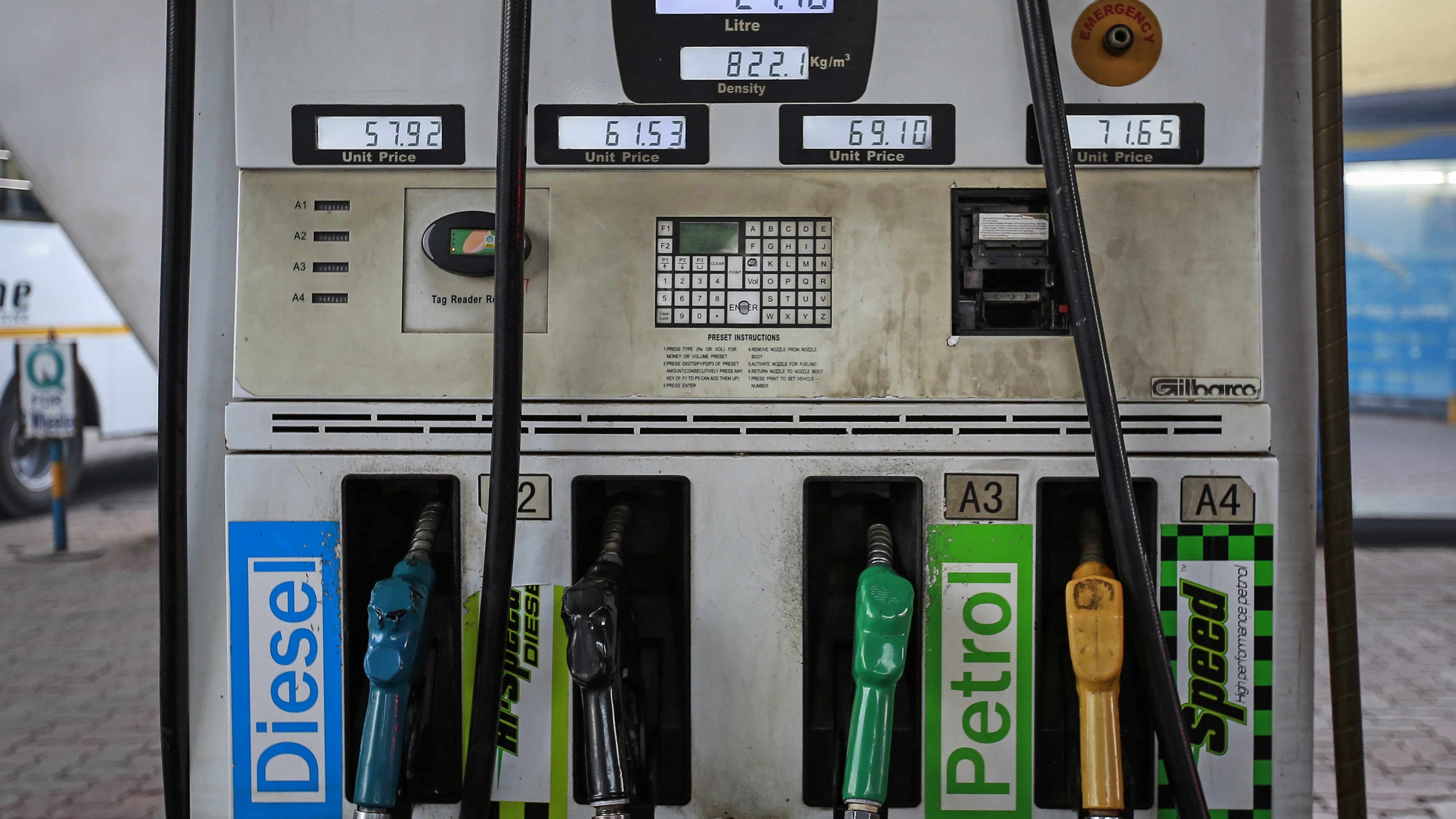 Petrol and diesel prices hike for the 19th day in a row. Credit: Reuters

New Delhi: Petrol prices on Sunday hit a nearly five-year high of Rs 76.24 a litre in Delhi as state-owned oil marketing companies (OMCs)  pressed ahead with hefty rate hikes in keeping with the movement in the global market.

Diesel prices too were ruling at an all-time high of Rs 66.14 a litre in the national capital.

The OMCs on Sunday raised petrol and diesel price by 33 and 26 paise a litre, respectively. The hike in petrol price was the highest since the OMCs switched to daily price revision mechanism last June.

Sunday was the seventh straight day of price increase since oil PSUs resumed daily price revision on May 14 after a 19-day gap. Petrol prices have risen by more than 2% over eight days.

OMCs had kept price hike on hold from April 25 to May 13 when campaigning for Karnataka polls was underway.

Movement of petrol, diesel prices in Delhi since September 14, 2013

The Modi government today finds itself on a slippery slope as the crude oil market remains ebullient, with the Brent hovering at $80, on supply concerns. If the uptrend continues, it could throw a wrench in the macroeconomic calculations of the NDA government, which has benefited from low prices.

The government has resisted calls for excise duty reductions to release upward pressure  on petrol and diesel pricing. It is also unlikely that the government will go back to regulated pricing regime and ask upstream oil companies to share under-recoveries on retail sale of petrol and diesel.

That means fuel consumers will have to bear the brunt of rising crude price. Petrol, diesel prices in India are among Southeast Asia’s costliest as reported by The Wire in September 2017.

The global crude market started its descent since the middle of 2014. The Modi government, which came to power in May that year, took advantage of the low oil prices to jack up excise duty on petrol and diesel. It hiked excise by as much as nine times on auto fuels during 2014 and 2015.

It is little wonder then that taxes make up nearly 40-45% of the final price of petrol and diesel.