The notice sent to the Prime Minister's Office also asks it to share what action, in terms of coordinated investigation, has been taken by the Modi government.

New Delhi: Prime Minister Narendra Modi, currently battling allegations of crony capitalism over the selection of inexperienced billionaire Anil Ambani as an offset partner in the Rafale deal, is in the midst of another big crisis.

The Prime Minister’s Office (PMO) has been issued a notice by the estimates committee of the Lok Sabha to depose before it and share with the parliament the “Rajan list”, a note that red-flags a list of high-profile fraud cases of non-performing assets for “coordinated investigation” and was given to the PMO by the former governor of the RBI.

The notice to the PMO was sent ten days ago by the chairman of the estimates committee, veteran BJP leader Murli Manohar Joshi. The notice also asks the PMO to share what action has been taken by the Modi government in terms of coordinated investigation into corporates committing frauds with bank funds. Former central bank chief Raghuram Rajan had told the PMO that it should set an example and act as a “deterrent” if a “high profile fraud NPA was made an example of”.

Significantly, Rajan, in his note to the committee, says he was “unaware” of action taken, if any, on those who he had listed as his term as RBI governor was not renewed by the Modi government.

The Wire reached out to Joshi seeking his comments over several days but he refused any comment.

The estimates committee has also issued notices to the coal and power ministries based on the 17-page letter that Rajan had written to them in reply when they sought his views on the ballooning NPA crisis plaguing India. Currently, the coal ministry is helmed by the high-profile Piyush Goyal, who was also minister of power when the NPAs burgeoned out of control in the power sector.

Presently, the power minister is R.K. Singh. In his letter, Rajan had pointed out how the over-invoicing of imports by “unscrupulous promoters” was used to inflate the cost of capital equipment.

The estimate committee’s notices based on the Rajan note also include those sent to the RBI governor Urjit Patel, finance secretary Hasmukh Adhia and banking secretary Rajiv Kumar asking them to appear before the committee and explain what action has been taken.

Authoritative sources say that the estimates committee has also sent reminders to the PMO and other ministries to send the “authentic documents” such as the Rajan list, and depose before the committee on what action they have taken.

The panic in the highest echelons of government is evident after the flurry of notices on the sensitive subject of high profile NPA defaulters. Last week, B.C. Khanduri was removed as the chairman of the defence parliamentary committee and replaced by Kalraj Mishra. According to sources, this was done as the defence committee had commented adversely on the defence preparedness of the armed forces by the Modi government. Khanduri told The Times of India that he had no regrets and that he had done his duty. Over a decade ago, Khanduri had successfully carried out the golden quadrilateral project as a minister in the Atal Bihari Vajpayee government.

BJP ministers talk in hushed whispers that in order to avoid embarrassment before the crucial general elections, the Modi government may seek to remove Joshi too. They add, however, that Joshi, a Sangh heavy-weight, may not be as easy to remove as Khanduri, with the RSS and its chief Mohan Bhagwat watching the Modi government carefully.

Opposition political parties have always accused Modi of favouring a handful of Indian billionaires such as Gautam Adani and Anil Ambani, with Congress president Rahul Gandhi repeatedly calling the Modi government a “suit boot ki Sarkar”. However, if no action was taken on the “Rajan list”, and this comes out in a deposition before the parliamentary committee, the embarrassment to the already beleaguered Modi government would be enormous. 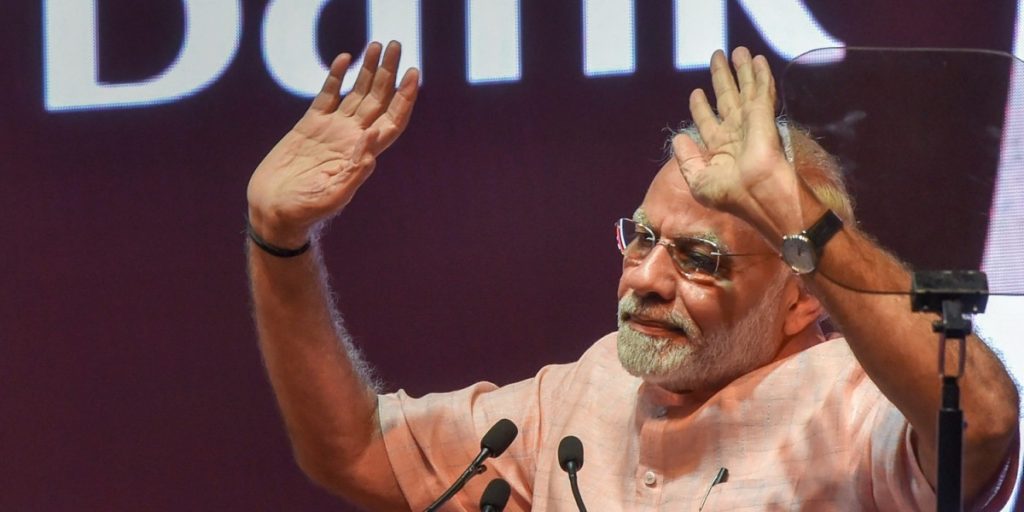 While Rajan does not mention on what date he sent the NPA list, Hindustan Times had reported in April 2015 that the former RBI governor had written to Modi wanting action on bank frauds worth Rs 17,500 crores. As The Wire has reported, of the list of frauds, only Winsome Diamond was finally booked by the CBI in April 2017.

A committee member said that the ‘Rajan list’ has pointed out cases of alleged fraud and the responsibility to act was on the incumbent. “We are looking at the PMO as a continuum.”

The former RBI governor said “a larger number of bad loans were originated in the period 2006-2008 when economic growth was strong, and previous infrastructure projects such as power plants had been completed on time and within budget. It is at such times that banks make mistakes. They extrapolate past growth and performance to the future. So they are willing to accept higher leverage in projects, and less promoter equity…. This is the historic phenomenon of irrational exuberance, common across countries at such a phase in the cycle.”

When growth slowed down following the global meltdown of financial markets in 2008, bank loans quickly came under stress.

Compounding the problem, said Rajan, was official foot-dragging on clearances. “A variety of governance problems such as the suspect allocation of coal mines coupled with the fear of investigation slowed down government decision making in Delhi, both in the UPA and the subsequent NDA governments… The continuing travails of the stranded power plants, even though India is short of power, suggests government decision making has not picked up sufficient pace to date.”

The absence of a proper bankruptcy code in this period made it difficult for banks to write-off debt by penalising the debtor; the end result was the ever-greening of bad loans. However, malfeasance and fraud were also factors, said Rajan, and the reluctance of the system to act is also a serious problem:

“The size of frauds in the public sector banking system have been increasing, though still small relative to the overall volume of NPAs. Frauds are different from normal NPAs in that the loss is because of a patently illegal action, by either the borrower or the banker. Unfortunately, the system has been singularly ineffective in bringing even a single high profile fraudster to book. As a result, fraud is not discouraged.

“The investigative agencies blame the banks for labeling frauds much after the fraud has actually taken place, the bankers are slow because they know that once they call a transaction a fraud, they will be subject to harassment by the investigative agencies, without substantial progress in catching the crooks. The RBI set up a fraud monitoring cell when I was Governor to coordinate the early reporting of fraud cases to the investigative agencies. I also sent a list of high profile cases to the PMO urging that we coordinate action to bring at least one or two to book. I am not aware of progress on this front. This is a matter that should be addressed with urgency.” (emphasis added)

In his reply to the committee, Rajan minced no words, writing that the “bankruptcy process is being tested by the large promoters with continuous and sometimes frivolous appeals.” Pointing out the obvious – that the judicial system is not equipped to deal with every bad loan – Rajan writes that “much loan renegotiation should be done under the shadow of the bankruptcy court not in it”.

In a scathing indictment of the huge NPAs racked up by the big defaulters, Rajan writes, “Banks and promoters have to strike deals outside of bankruptcy or if promoters prove uncooperative bankers should have the ability to proceed without them.” 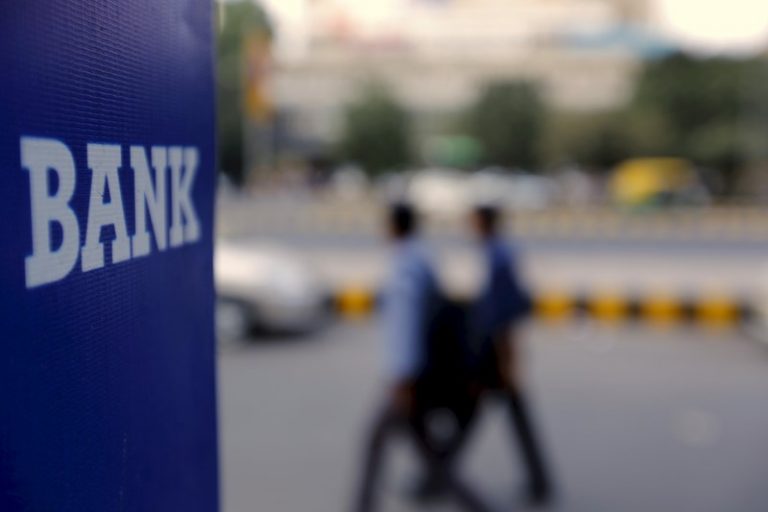 While noting that the “culture of leniency” towards defaulters is changing in recent years, Rajan has cautioned the estimates committee against two much-fancied ideas of the Modi government – a bad bank and mergers. He writes, “We need concentrated attention by a high level empowered and responsible group set up by the government on cleaning up the banks. Otherwise the same non-solutions (bad banks, management teams to take over stressed assets, bank mergers keep coming up and nothing really moves).”

The estimates committee has been tasked with identifying the reasons behind India’s nearly Rs 9 lakh crore bad loan pile.

Rajan has identified several reasons for this and says “writing down the debt is simply a gift to promoters and no banker wanted to be seen doing so and invite the attention of the investigative agencies.”

Rajan points out the malfeasance in the NPA problem and writes “unscrupulous promoters who inflated the cost of capital equipment through over-invoicing were rarely checked. Public sector bankers continued financing the promoters even while private sector banks were getting out.”

“How important was malfeasance and corruption in the NPA problem? Undoubtedly, there was some, but it is hard to tell banker exuberance, incompetence, and corruption apart,” writes Rajan, adding, “Unfortunately, the system has been singularly ineffective in bringing even a single high profile fraudster to book. As a result fraud is not discouraged.”

The problem of ever-greening of loans is bluntly dissected by Rajan by saying the “asset quality review was meant to stop the ever-greening and concealment of bad loans and force banks to revive stalled projects. Until the bankruptcy code was enacted, promoters never believed that they were under serious threat of losing their firms. Even after it was enacted some are still playing the process hoping to regain control through proxy bidder at much lower costs”