India's former chief economic adviser, Shankar Acharya, tells The Wire that the International Monetary Fund's forecast is irresponsible, it is "very difficult not to have negative growth, could be negative 3 or 4%." 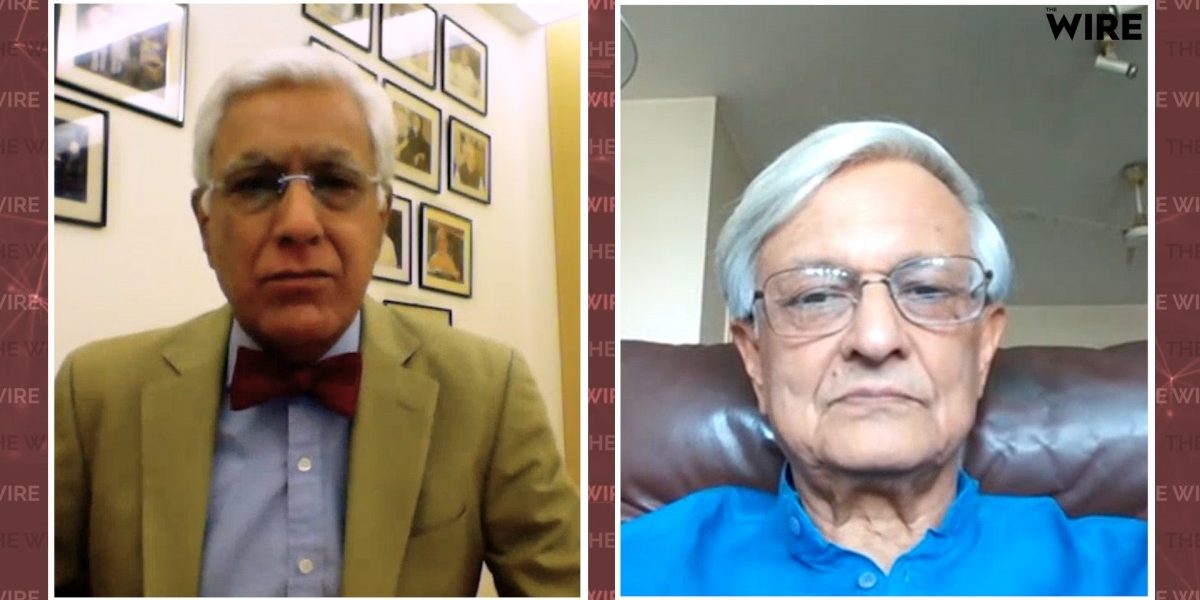 New Delhi: In sharp and outspoken criticism of the International Monetary Fund, India’s former chief economic advisor and a former chairman of Kotak Mahindra Bank, Shankar Acharya, has said the IMF’s claim that India will grow by 1.9% this year is “ludicrous and irresponsible.” Acharya said it’s “very difficult not to have negative growth,”adding that growth “could be 3 or 4% negative.”

Acharya was particularly concerned about the impact of the lockdown on 80% of India’s labour force which works in the unorganised sector. He believes “upwards of 100 million” people have already lost their jobs. He said the Centre for Monitoring the Indian Economy’s figure of 23 per cent unemployment upto April 12 is ”massive and completely unprecedented”. India, he said, has “never had that kind of jump in unemployment in its recorded post-independence history.” He was also deeply concerned about the 6% fall in the labour participation rate. He said both the unemployment and participation rates lead him to believe the job losses have been immense.

Acharya said in terms of need there is a lot more the government could do to alleviate the suffering of hundreds of millions who he said are “destitute” and “starving”. However, in terms of capacity, there is very little the government can do. If economic activity has fallen by 50 or 60%, its possible revenues have crashed by a similar amount and the fiscal deficit at the moment could already be over 15 or even 20% of GDP. In these circumstances, further adding to the fiscal deficit is very difficult.

He said what the government can do – and this is his advice – is “completely remove” the lockdown on May 3. The only two provisos he is prepared to accept is the need to observe social distancing and the need to ensure people over 60 do not go out or go out as little as possible. But on at least three occasions, Acharya said the lockdown must be completely removed by May 3.

When Acharya was asked whether he stood by what he had written in the Business Standard on April 9 that “there should be no extension of the current nation-side lockdown beyond April 14,” he first said he “broadly” stood by it but when asked if the prime minister had made a mistake extending the lockdown he was reluctant to say yes. Instead he pointed out that the total lockdown had only been extended by five days and what would prevail from April 20 to May 3 was a relaxed lockdown.

The above is a paraphrased precis of Shankar Acharya’s interview to Karan Thapar for The Wire. The bits in quotation marks are accurate. Please see the full interview for further details. It will go up on The Wire’s website between 9.00 and 10.00 PM on April 20.