Jaitley says he expects a Rs 10,500 crore revenue hit but seems confident that it would not affect the Centre's fiscal deficit target of 3.3%. 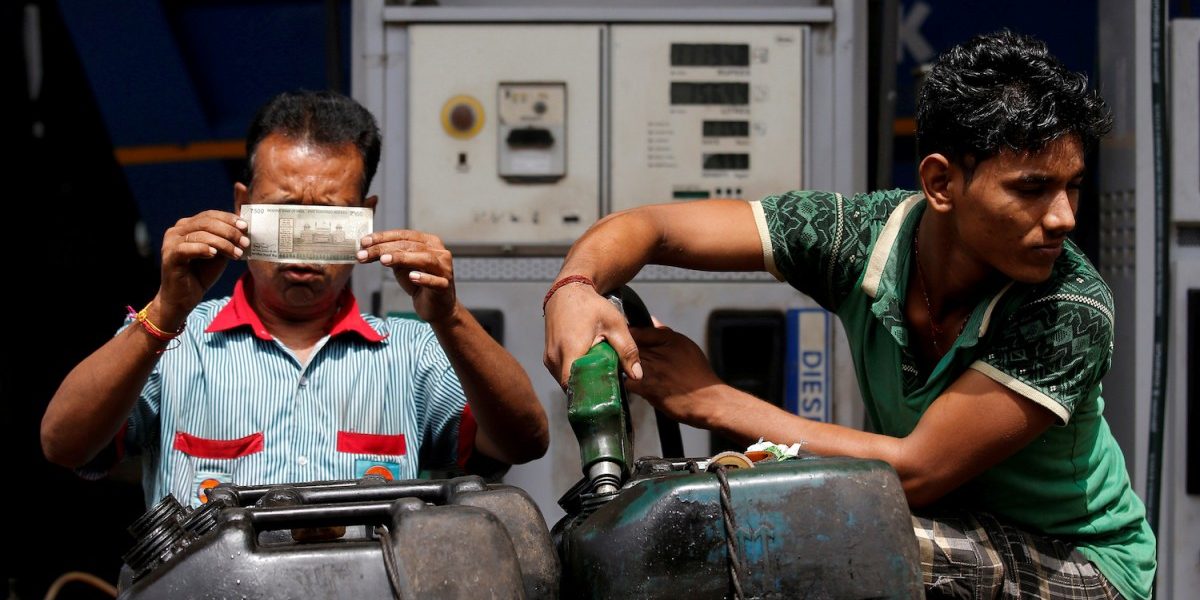 The Modi government’s policy of high oil taxes have become a source of political debate over the last month. Credit: Reuters

New Delhi: The prices of petrol and diesel will become cheaper by Rs 2.50 per litre, with the Modi government on Thursday announcing a small cut in central taxes on fuel.

Rising fuel prices have become a political controversy in India, with attention specifically focused on the high taxes that the Centre charges.

In a press conference organised on Thursday afternoon, finance minister Arun Jaitley announced cuts in the Centre’s excise duty on petrol and diesel by Rs 1.50 per litre while promising that the Central government would work towards effective relief of Rs 5 per litre.

In India, almost half of the price of retail fuel is due to taxes. After steadily raising taxes on fuel between 2014 and 2016, the Centre currently levies an excise duty of Rs 19.48 per litre on petrol and Rs 15.33 on diesel.

Jaitley said that in addition to excise duty being cut by Rs 1.5 per litre, oil marketing companies would also take a hit of Re 1 per litre as well.

“We will also write to states, asking them to reduce VAT taxes by another Rs 2.5 per litre. Consequently, we are hoping for a Rs 5 per litre reduction,” the finance minister said.

This appears to be somewhat of a U-turn for the Centre. Only a few weeks ago, multiple media reports, quoting anonymous senior government officials, indicating that the government had no plans of cutting excise duty.

The share prices of oil marketing companies like Hindustan Petroleum Corporation Ltd plunged immediately, down by as much as 12% in initial trading after Jaitley’s remarks.

In the press conference, Jaitley said that he expects to see a negative revenue impact of Rs 10,500 crore as a result of the tax cuts and said that he expected that the government would be able to absorb the impact without harming its fiscal deficit target of 3.3%.

The Modi government’s policy of high oil taxes has become a source of political debate over the last month, with surging global oil prices no longer providing the Centre with a cushion to defend itself with.

Also read: There Is a Way to Cut Petrol, Diesel Prices But the Modi Government Isn’t Interested

After global oil prices fell in 2014, the Modi government raised the excise duty on petrol by Rs 11.77 a litre and on diesel by 13.47 a litre in nine instalments between November 2014 and January 2016 to shore up finances, but then reduced the tax just once in October last year by Rs 2 a litre.

Within an hour of the finance minister’s press conference, the state governments of Gujarat and Maharashtra announced VAT cuts of Rs 2.5 per litre for both petrol and diesel.

They follow in the footsteps of at least five other states which have cut value-added taxes over the last month.  Since August 2018, the states of Karnataka, Rajasthan, Andhra Pradesh, West Bengal and Kerala cut fuel prices by anywhere between Re 1 to Rs 2.