Do Elections Stimulate the Rural Economy or Merely Infuse Cash on a Temporary Basis?

Data shows that despite increased work, workers received fewer wages during the run-up to elections with many making 10% less before elections than they usually do. 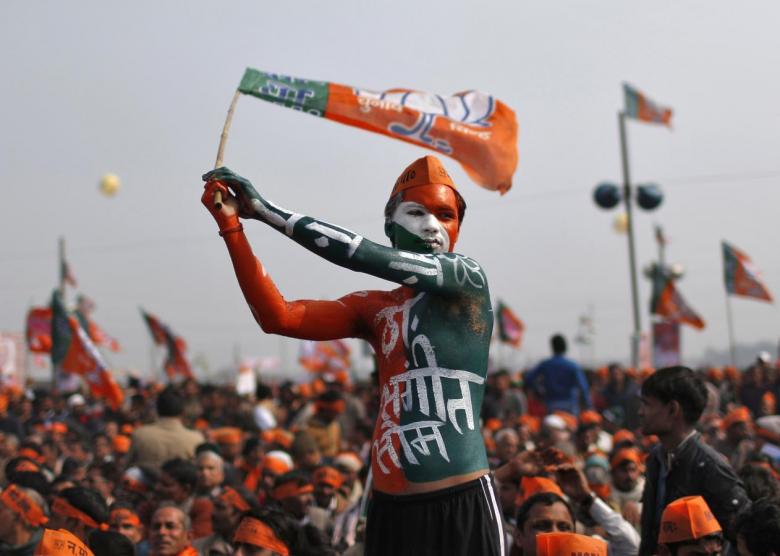 File image of a supporter of BJP waving the party's flag in 2014. Photo: Reuters/Ahmad Masood

India is a vibrant democracy, and this can be witnessed in the frenzy surrounding elections.

Elections are a time of increased economic activity. There are election rallies, posters and many other campaign-related expenses that are incurred in the run-up to polls.

In the current times, with the economy in recession, if elections can kick start the rural economy, it would be a welcome development. This is upside that the government is hoping for from the ongoing election campaign in Bihar, and the campaign in MP (for the by-election).

But is this really the case? Are elections procyclical, providing heightened economic activity and an increased income for rural households?

A recently published paper investigated this issue using data from 2004-2011 from the NSS Employment and Unemployment Surveys. The question being investigated was simple: do elections lead to increased jobs (days worked) and increased wages?

It is natural that there will be a need for more manpower during polls to operate the machinery of elections. Therefore, not surprisingly, there is an increase in the average number of days worked during elections.  This is also true for work done under several government programs including MNREGA. On average, any individual works about 16 days a month, however in the period before an election they are able to, on average, get up to 2.5 days of extra work which is an increase of about 15% of the number of days that an individual in rural India is able to find work. This substantial increase in the amount of new work is generated due to the business of elections.

However, along with this increased work, the data shows that, on an average, individuals received lesser wages during the run-up to elections with many making 10% less than they do at other times just before an election.

Also read: Bihar Polls: In 2015, BJP Collected, Spent More on Publicity and Ads Than All Other Parties

What does this mean? People are working more but getting paid less? How can that happen? To answer this, we must first turn to the seminal work by Kapur and Vaishnav (2013) that shows that just before an election, the work in the cement mining industry reduces – in fact, comes to a standstill – as all available funds are channelled into financing elections.

Why do the cement quarry owners run out of cash? The authors here refer to nexus of black money that goes into financing elections. This suggests that money is being used elsewhere.

The same argument can be extended to all other private businesses which stand to gain after elections. In the hope of gaining favours, such business interests will bankroll the elections at the expense of paying their workers, who have to wait to receive their deferred wages until after the elections. 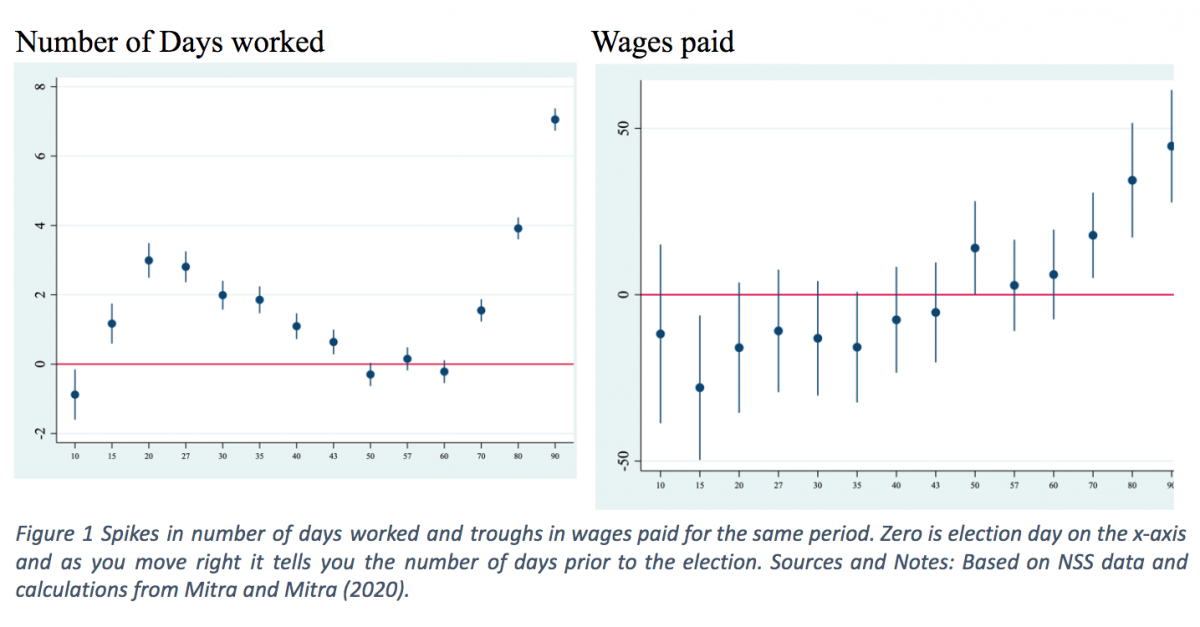 Where is this money being spent? As documented by the media time and time again and now also backed by our analysis, some of it makes its way back into the pockets of people as the cash received before the elections to influence the elections, some goes into pay for refreshments and beverages that are distributed at election rallies. Some also goes into paying for sarees and other freebies that are distributed before elections to woo voters.

It appears to be a vicious cycle – money is taken away from the voter, in that their wages are deferred, only to be pumped back into the economy in the form of cash for votes to the same voter. In the interim, the local contractor gains favour with the political operatives and the cycle of crony capitalism is established.

The government contractor, upon receiving the contract, provides sub-standard public goods with roads that will not last even a single monsoon, the lamps will be faulty and the canals will not be dug. The common man suffers twice – they do not get their wages or access to public goods but what they get is a short-term infusion of cash into the household. This is a rather expensive deal for the voter – one they probably don’t even realize they’re making!

For the economy, the elections will not effectively put more income into the hands of people (on average) and the chances of increasing GDP growth through elections and benefiting from the multiplier effect will remain a dream.

Shabana Mitra is an assistant professor at the Center for Public Policy at the Indian Institute of Management, Bangalore.