Why Journalists Need to Understand Grammar to Write Accurately About Violence

When reporting violence, grammar matters: the use of voice is key to apportioning blame and, importantly, an accurate depiction of what has taken place. 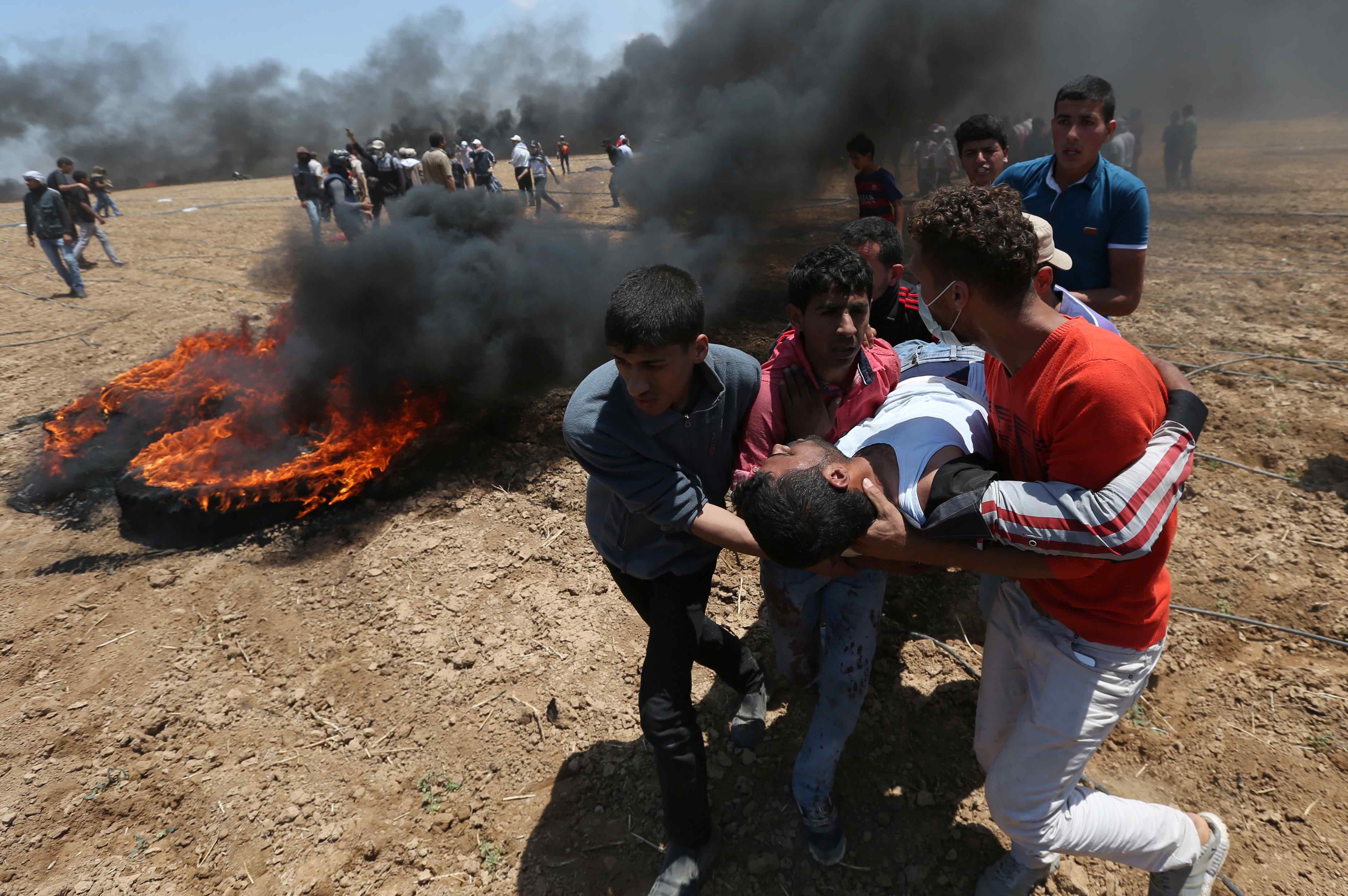 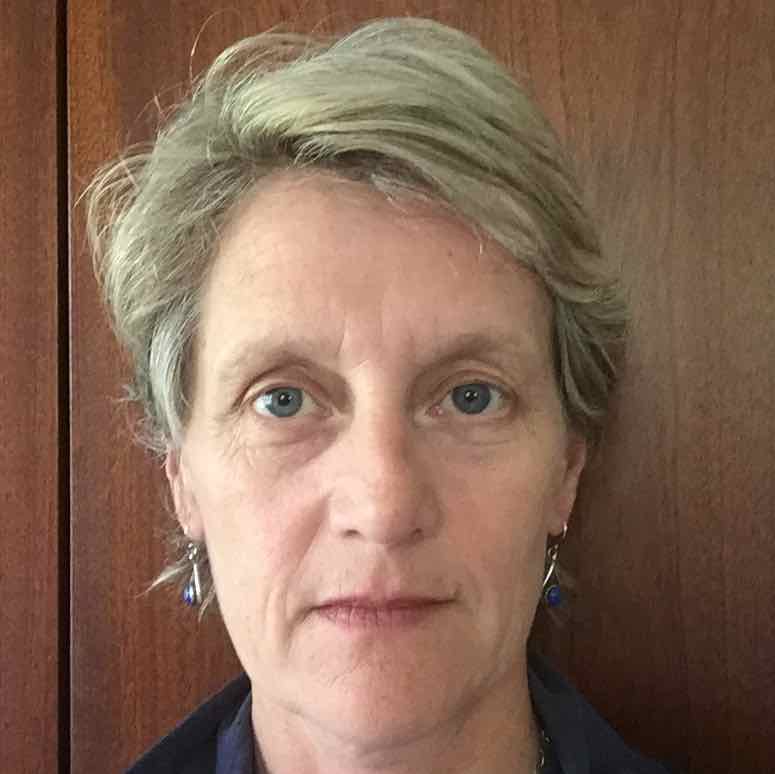 The recent killing of unarmed Palestinians by Israeli forces has sparked not only a reasonable outcry, but commentary on the language journalists use to report these events.

It is the peculiar fate of oppressed people everywhere that when they are killed, they are killed twice: first by bullet or bomb, and next by the language used to describe their deaths.

Bayoumi draws attention to one of the most important but contested roles of modern journalism: the act of putting political violence into words.

The bad news for journalists is there is no neutral mode. If your words sound neutral, it’s likely you’ve simply avoided laying responsibility for the killings, or have imputed responsibility only indirectly.

Linguistically, there are many ways of doing this.

One well-known grammatical structure is the passive voice. While it is well known, it is largely misunderstood. For example, Bayoumi criticised a New York Times tweet that construed the killing of Palestinian protesters in the following way:

Dozens of Palestinians have died in protests as the U.S. prepares to open its Jerusalem Embassy https://t.co/2E3VDG1HMd pic.twitter.com/lMPVH2hUIs

Bayoumi, like many commentators on Twitter, took umbrage as this reporting, arguing that with these words the perpetrators of the violence were not made visible. The accompanying image, which shows Palestinians but not Israeli soldiers, echoes this choice.

Dozens of Palestinians have been killed in protests as the US prepares to open its Jerusalem Embassy.

Because the passive voice puts the people or things acted on before the verb, writers have a choice about whether or not to name the agent of the action. The passive voice lets you leave out the agent: in my example above, the Palestinians were killed, but who or what killed them is not mentioned.

Equally, you can put the agent in the clause, as urged by many on Twitter. In these examples, “Israeli soldiers” and “Israeli forces” are named as the perpetrators.

“Dozens of Palestinians were shot to death by Israeli soldiers while protesting the US opening of the Jerusalem Embassy”… There, I fixed it for you. Do your damn job, and Report the truth.

They were brutally killed by Israeli forces because of their peace demonstration. NYT is a Fake news company.

The headline of the The New York Times article actually identified the perpetrator and opted for active voice:

Active voice is a structure where the agent of the action is also the subject of the clause.

The active and passive voices have something important in common: they construe action as involving two participants: one that carries out the action, the other that is affected by the action. These kinds of actions are called “transitive”.

The New York Times’ tweet – “Palestinians have died …” – construed the killing of Palestinians by Israeli soldiers using the “middle voice” or “intransitive” structure.

By construing the violence in this way, The New York Times offered its readers one and only one participant: Palestinians, who died without reference to any cause.

Laying responsibility with something that is not human

Another way to avoid making the perpetrators visible is to assign responsibility to a non-human entity. CBS news, for instance, recently gave further killings of Palestinians by Israeli soldiers the following headline:

Rather than putting responsibility on people, journalists gave responsibility to “Israeli fire”. Grammatically, the action of “firing” has been turned into a noun and put in the grammatical role of agent.

This has the effect of taking responsibility away from humans, which avoids any suggestion of intention. Let’s note also that CBS coupled this indirect way of construing agency with an image showing a Palestinian as an agent of violence.

Here’s a common variation on this theme, from the Gulf News:

The headline uses passive voice and leaves out the agent of the action. Instead, the deaths are explained as a consequence of “clashes”. Not only is human agency avoided, but the violence is construed as between two equal parties, involved in bi-directional action.

Given 60 Palestinians were killed, but no Israelis, the idea this was a fight on equal terms is a bit of a stretch.

Yet another way of avoiding making the perpetrators of an act of killing visible is the choice to distribute the information across two separate clauses.

By using two clauses, these journalists separated the actions of Israeli troops from their consequences. The action of firing on Palestinians is put into one clause, while the effect of this action happens in a separate clause.

Note the grammatical choice to put the deaths of 14 Palestinians in a dependent clause.

This grammatical choice means the actions of Israeli troops are given prominence (by occupying the main clause in this structure), while the deaths of Palestinians, which are the direct and predictable result of these actions, are construed as secondary, as if an unfortunate byproduct of these actions.

The causal link between what the Israeli troops did and the consequence is even more attenuated by the choice of lexical verb. To “leave dead” is not the same as “to kill”. To “leave (them) dead” turns the action of killing into an adjective describing the victims of the action.

These few examples are the tip of the iceberg. A fuller discussion of the many and varied ways journalists avoid attributing responsibility for the deaths in political violence is available in my forthcoming book.

Why aren’t journalists taught about the mechanics of grammar?

Despite the importance of understanding the invisible machinery of language, few journalism or communications students are taught the intricate patterns from which they must choose in the act of writing a news story.

Journalism educators might eschew this knowledge. But journalists cannot get away from the effects of these linguistic structures on the meanings they give to important events. It’s better to know their implications rather than be at their mercy.