Employees have been pushing the online media company to agree to terms on raises, severance pay, limits on subcontracting and wage scales. 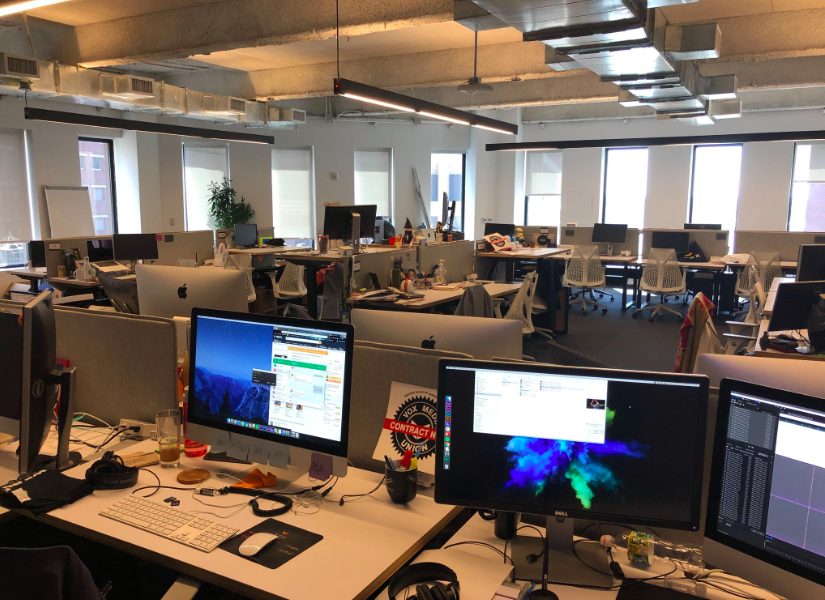 New Delhi: A number of Vox Media’s websites went blank on Thursday after over 300 of its employees staged a walkout – and stopped writing and publishing stories – to pressure the company to sign a union contract.

The one-day walkout affected several popular websites, including Vox, SBNation, The Verge, Eater, Recode and Curbed, with some not publishing any new content.

Thursday’s walkout followed a similar one on May 29, when hundreds of staffers walked out for an hour to urge the management to agree to a fair contract.

At 1pm EDT today, I and my @vox_union colleagues will be walking out of the office in a show of solidarity.

We need management to buckle down and finalize a contract that protects present and future Vox employees.

According to CNN Business, negotiations over the contract have been ongoing for over a year, with Thursday being the last scheduled day of bargaining – which began on April 10, 2018.

The Vox Media Union yesterday tweeted pictures of its New York office – lined with desks, chairs and computers but without a single employee – and said it was still pushing the online media company to agree to terms on raises, severance pay, limits on subcontracting and wage scales.

“We’ve decided we’re not showing up to work today until we resolve these issues,” the union tweeted.

The Vox Media Union has walked out today. Here’s what it looks like in the New York office. pic.twitter.com/erPp4fW1nw

We’ve decided we’re not showing up to work today until we resolve these issues.

Vox Media is based in Washington, DC but employs workers across the country. It owns niche sites such as Eater, Curbed and SBNation.

The Writers Guild of America East is representing the staffers on the matter. Its director of communication, Jason Gordon, told CNN Business that the step taken on Thursday was a clear symbol of unity, “commitment and solidarity between Vox Media employees.”

This is what #UnionStrong looks like! @Vox_Union‘s NYC-based members gathered here at the WGA East office – with even more members joining in remotely from all across the country – to tell @voxmediainc and @Bankoff that it’s time for a fair contract. #1u pic.twitter.com/BzolJIxYTw

The company recognised Vox’s union in early 2018. However, 14 months later, it has failed to come to a collective bargaining agreement.

Jim Bankoff, the chief executive of Vox Media, wrote to the employees in an email that while he was “disappointed” that the union had decided to take the option of walking out “in the midst of good faith bargaining,” he was still “committed to promptly resolving all outstanding issues.”

He further wrote: “Of course we need to pay people competitively and fairly to attract the best and keep them (a.k.a. all of you), but we’ve stopped short of the union’s insistence on levels that far exceed industry norms and averages,” adding: “While paying people a lot more than market wages sounds great on the surface, it’s not realistic or smart.”

Meanwhile, dozens of the company’s staffers – reporters, editors and others – tweeted to the CEO sharing their experiences of working with the digital media company. While they commended the company on being a vital part of their careers, they also highlighted issues of low wages, lack of diversity and discrepancies in salaries.

Jane Coaston, senior politics reporter at Vox, said in her tweet that she had recently learnt that she was one of the only four black senior writers at the company. She offered two explanations for this. Either that “there are just four qualified black senior writers in the whole of America (which seems highly unlikely!)” or “offering hilariously low pay to hard-working journalists is not a terrific recruiting strategy.”

.@Bankoff The @vox_union is fighting for a fair contract that means workers in every location, from DC to remote employees, can make a fair — and competitive — wage, one that will attract even more terrific people to this company.

Some also tweeted about being classified as part-timers but actually doing full-time jobs – but without the benefits.

Hi @Bankoff! I’ve held several roles within SB Nation in my almost 5 years with the company, and I’ve loved every minute of it. But without a second job, I wouldn’t have been able to stay with the company for as long as I have, and it’s time for a fair contract! @vox_union

The social media campaign, according to The Philadelphia Inquirer, followed a more private one on Monday when staffers shared with Bankoff stories of working conditions using the messaging app Slack.

James Barry, the director of post production at Eater, shared a screenshot of that messaged on Twitter.

@Bankoff I wanted to again say how proud I am of the work I’ve done at Eater. But I wanted to make sure you understood why @voxmediainc needs to give @vox_union a fair contract now. pic.twitter.com/UeACxRHFRF

Vox is among a number of “new media” companies that have unionised in recent years, including HuffPost, Gawker, Vice and Slate. According to the Inquirer, the Buzzfeed union has used similar social media tactics.