The image is being shared to bolster claims about the oppression of Hindus in Pakistan and Bangladesh.

A screenshot of the image is being shared

An image of a man carrying a woman whose clothes are torn has gone viral on social media. According to the accompanying message, the photo is from late poet and author Dr Dharamvir Bharti’s book. The image is claimed to capture a scene from the 1971 India-Pakistan war where a husband is carrying his wife who was raped multiple times. The message ends with the claim that the photo depicts the oppression of Hindus in Pakistan and Bangladesh.

It is noteworthy that the image is being shared in the backdrop of the controversial Citizenship Amendment Act (CAA) which seeks to provide a path for non-Muslim migrants from Bangladesh, Pakistan and Afghanistan to apply for Indian citizenship. 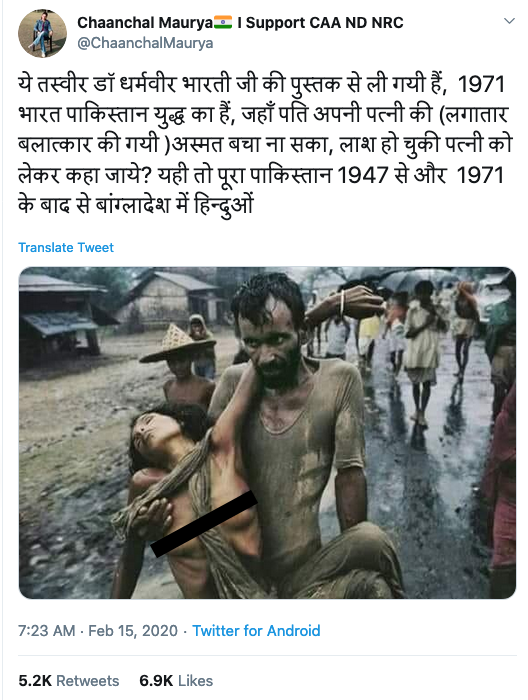 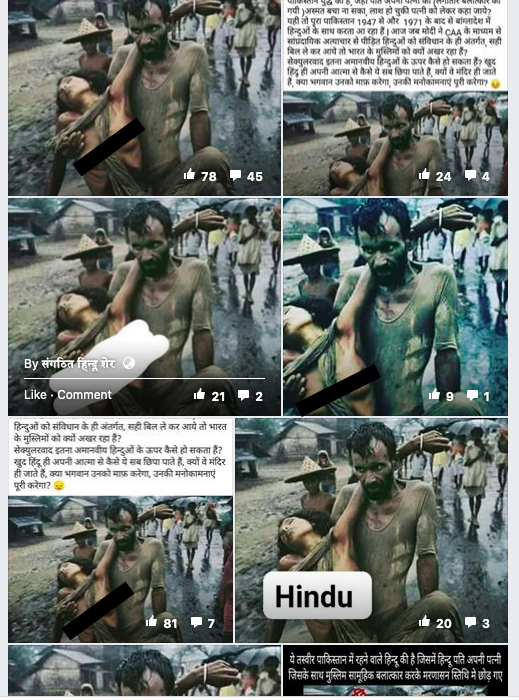 Alt News performed a reverse image search on Yandex and found a YouTube video which carried the viral image. According to the video uploaded by Gracie Rosado in October 2014, the viral image was clicked by photographer Mark Edwards.

After performing a keyword search, Alt News found the viral image on the website of Hard Rain Project, a charity founded by Edwards. The image was clicked by the photographer himself and it is described as, “Refugees from East Pakistan arriving in India during the Bangladesh war in 1971. 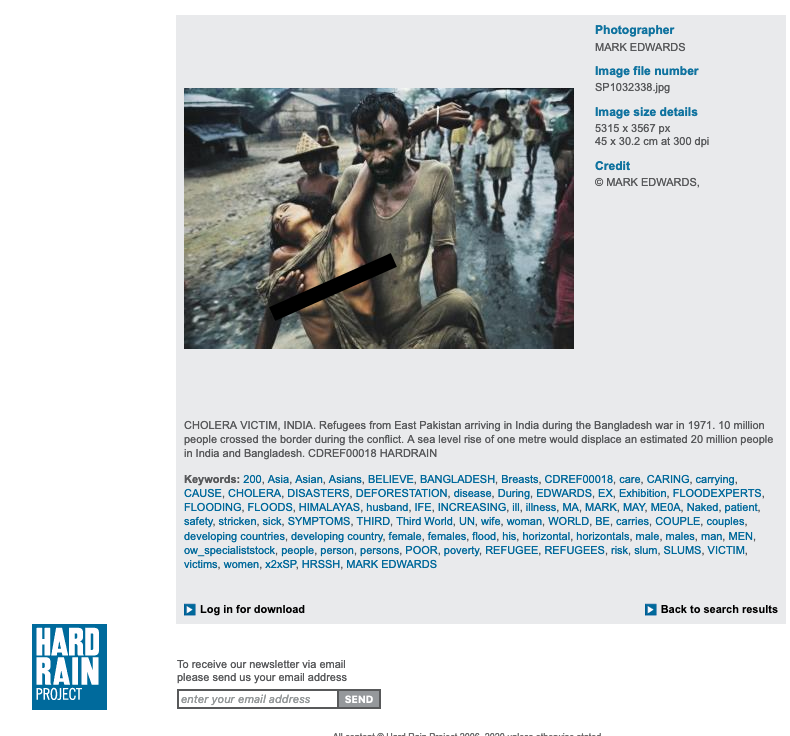 While speaking with the website Rare Historical Photos (RHP) in August 2014, Edwards said, “I took this profoundly disturbing picture of a man carrying his cholera-stricken wife during the Bangladesh war in 1971. Ten million people crossed the East Pakistan (Bangladesh) border into India to escape the horrors of this bloody war.”

As per several online sources, Bangladesh witnessed an outbreak of cholera in 1971.

Alt News reached out to Edwards over email for more details. He informed, “I don’t know if she died from cholera or not but there was absolutely no indication she was raped.”

The photograph is, therefore, circulating with baseless claims in the view of the recently-enacted Citizenship Amendment Act.