The journalist's 2018 video titled 'Karnataka Poll Express: Women Demand Freedom, Water and Toilets' is a deep dive into the ordeals of the state's women. 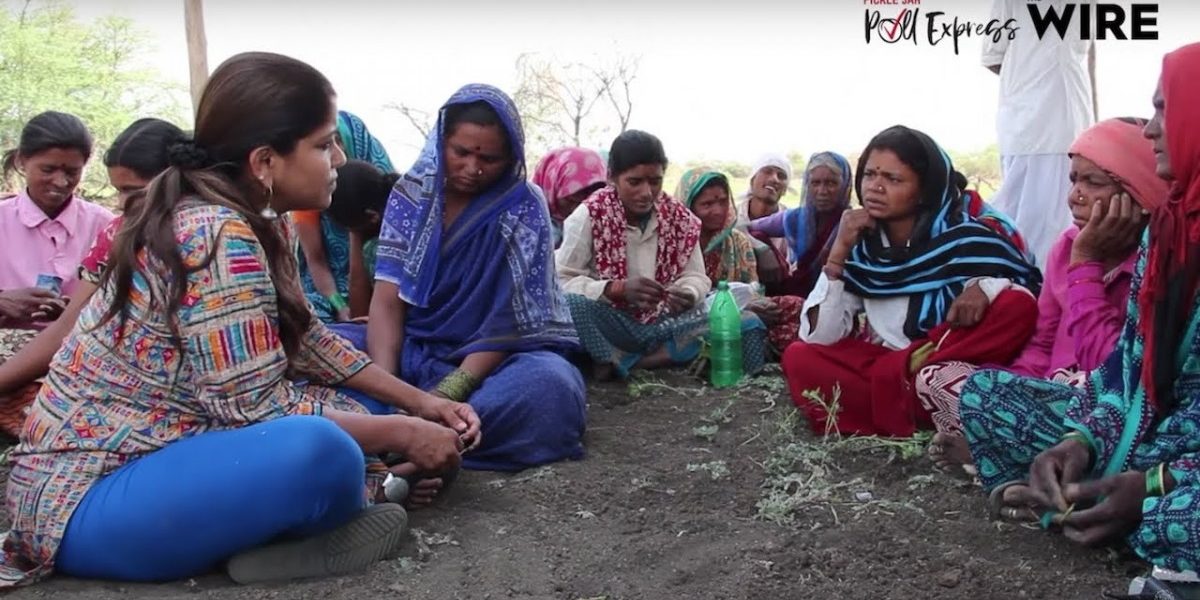 Vasanthi Hariprakash speaks to women in a still from her Laadli Award-winning video.

New Delhi: Journalist Vasanthi Hariprakash’s video report for The Wire, highlighting the situation of women in Karnataka ahead of the assembly polls in 2018, has won the journalist the Laadli Media and Advertising Award for Gender Sensitivity in the ‘electronic,’ ‘multilingual’, and ‘topical/issue-based programmes’ category.

Hariprakash’s citation says that she has been awarded “for bringing forth women’s issues and voices to the mainstream during election times.”

The Laadli Awards are on their 10th edition this year and are annually given to journalists who highlight gender issues across India. They are supported by the United Nations Population Fund.

Hariprakash’s video titled ‘Karnataka Poll Express: Women Demand Freedom, Water and Toilets‘ is a deep dive into the ordeals of the state’s women who have repeatedly found themselves of the receiving end of sustained failure by their elected representatives to give them basic amenities.

The video particularly explored the conditions that dictated limited drinking water access for women in Karnataka, and the aftermath of the much touted Swachh Bharat Abhiyan.

For her story, Hariprakash took a 1800-km road trip, across 10 districts of Karnataka during the 2018 assembly elections in the state.

Another video that emerged from the series was titled ‘The Politics of Raichur’s ‘Rich SC, Poor SC’‘ and was a long look at the grim reality of Indian politics where the powerful among the Scheduled Castes cornered all benefits accorded to all members of the community by the constitution.

The full series that Hariprakash reported can be found here.