'Risking an All-Out War': How US Papers Responded to the Killing of Iran's Soleimani

Most major newspapers across the US were unconvinced that Donald Trump had made the right choice. 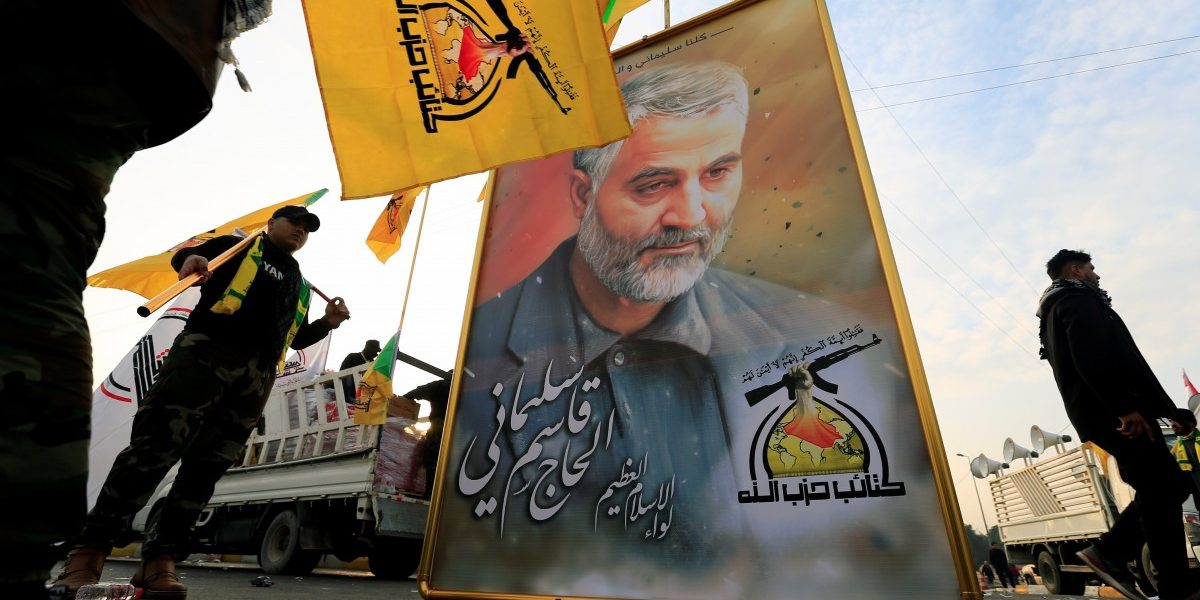 Kataib Hezbollah Iraqi militia hold the picture of the Iranian Major-General Qassem Soleimani, as they gather ahead of the funeral of the Iraqi militia commander Abu Mahdi al-Muhandis, who was killed in an air strike at Baghdad airport, in Baghdad, Iraq, January 4, 2020. Photo: Reuters/Thaier al-Sudani

New Delhi: On Friday morning, headlines across the world were dominated by US President Donald Trump’s decision to kill Iranian Major-General Qassem Soleimani, head of the elite Quds Force. Soleimani was killed in an air strike at Baghdad airport.

Most major newspapers across the US, though, were unconvinced that Trump had made the right choice. In editorials, they questioned why the president would choose to escalate a conflict in a region that he said he wanted to remove the US from. The question was not whether the killing of Soleimani was justified, a lot of them said, but whether it was wise.

“Yes, Soleimani was an enemy. That doesn’t mean Trump made the right call,” the Washington Post made its point clear from the very title of its editorial.

“The consequences of the strike are unpredictable, but there is no denying the risk that the United States will be pulled more deeply into the Middle East and its conflicts. Having made clear that he wants to pull the nation out of those conflicts, and having said as recently as Tuesday that he wanted peace with Iran, Mr. Trump has committed an act of escalation and now is deploying more than 4,000 additional troops to Kuwait as a hedge against Iranian counterstrikes,” the newspaper said.

The editorial board questioned why the US president had decided to go ahead with the strike. “Now, even as short- and long-term threats from Russia, China and North Korea require urgent attention, the United States finds itself in an ever tenser confrontation with Iran. Mr. Trump has yet to offer any explanation of why this is in America’s strategic interest.”

Like the Post, the New York Times too suggested that killing was not in the US’s strategic interests – and that Trump had not thought through the consequences of his actions.

“Assassinating General Suleimani,” the editorial board writes, “…was not the same as hunting down Osama bin Laden or Abu Bakr al-Baghdadi, the leaders of Al Qaeda and the Islamic State, both terrorists who answered to no government. General Suleimani was a senior official of the Islamic Republic of Iran, and openly targeting him was a sharp escalation in the conflict between the United States and Iran, all but taunting Iran to strike back.”

Why had the US decided to strike now, when it had shown restraint in the face of previous Iranian escalations, the paper asked. “This American escalation is particularly aggressive, if not impulsive, after the administration’s hesitation to respond to a series of previous Iranian provocations, including an attack on Saudi oil facilities. It’s reasonable to ask why the administration didn’t take more measured deterrent steps before abruptly twisting the regional dial to “boil.””

The US’s military action, the New York Times said, was furthering the risks of a war.

“…the killing of a general close to Iran’s supreme leader, Ayatollah Ali Khamenei, and highly popular among many Iranians rendered a major Iranian retaliation certain. What it would be, and where, were now the major unknowns, with Iran experts warning that the country had many far-flung proxies and many asymmetric means at its disposal, including cyberwarfare.

Any such strike would then demand an American retaliation, risking an all-out war with enormous consequences for the Middle East and beyond.”

Bold or irresponsible? According to the editorial board of the Chicago Tribune, the US president’s decision “was either a decisive, necessary U.S. operation — or a dangerous gambit”. What happens next, the newspaper says, will be crucial.

“As with many actions undertaken by President Donald Trump, assessments depend greatly on how much faith one places in Trump’s judgment. Issues of national security shouldn’t be partisan; protecting the country should be everyone’s business. But Trump’s blend of braggadocio and unorthodox impulses makes him appear either bold or irresponsible.”

One of the problems with Trump’s move, the Los Angeles Times has said in an editorial, is that most Americans have no idea what he’s doing.

“Skirting debate over whether there was legal authority for the killing, Americans deserve several explanations. Why did Trump authorize the hit now, when previous administrations had refrained from killing Suleimani for fear that the repercussions from Iran could far exceed the possible benefits? What evidence did the government have that Suleimani was involved in planning an “imminent” attack, as Defense Secretary Michael R. Pompeo described it, that required an assassination to stop? How does such an escalation of hostilities square with Trump’s supposed eagerness to avoid “endless wars” in faraway countries?”

“This is dangerous territory, and it would be nice to feel assured that he has thought through the ramifications. If he has,” the editorial board concludes.

Though the Boston Globe didn’t have en editorial on Soleimani’s it did publish an article by Matthew Bunn saying that Trump’s move could escalate wars in the Middle East.

“Once Iran strikes back, the Trump administration will have to decide how to respond to that action — which may then provoke an ongoing cycle of response and counter-response. To avoid escalation to a catastrophic regional war, the Trump administration will need a careful strategy combining de-escalation, diplomacy, and deterrence. But careful strategy in foreign crises is an area where the Trump team has a record unblemished by success.” The Wall Street Journal was the only large print publication to endorse the Trump administrations actions.

The editorial board has argued against those who say the US president did not have the legal authority for the killing, since he had not asked for Congressional approval. The executive order against assassination, which Trump has been accused of violating, “has never applied to terrorists”, the Wall Street Journal has said.

“Mr. Trump also has the power, as Commander in Chief, to use military force against anyone waging war against the U.S. The Quds Force has been doing that for years, going back to the Iraq war and recently with the rocket attacks on U.S. troops in Iraq by militia under Soleimani’s control. Soleimani was a general in the chain of command of the enemy, and as such was a justifiable target. An analogy is the U.S. decision to shoot down Admiral Isoroku Yamamoto’s plane in World War II.”

Other large international publications were also critical of the US government’s actions, saying that the killing made the threat of war very real. The Guardian, for example, said in an editorial:

“As Mr Trump must know, the general’s killing has almost certainly ensured that similar attacks will still take place, only on a larger scale – and possibly targeting civilians. Other consequences, some of them catastrophic, could also follow.

…The biggest danger though, is the one feared by presidents Bush and Obama: a new war in the Middle East, this time with Trump’s America as a chief protagonist. Tehran is an experienced practitioner of asymmetric warfare, calibrating the impact of the provocations and outrages it perpetrates. But a miscalculation by an increasingly embattled regime could see all-out conflict break out and other regional actors such as Israel drawn in.”