The journalist and Scroll.in's 'editor-in-chief' have been booked under the Scheduled Caste and Scheduled Tribe (Prevention of Atrocities) Act, and sections of the IPC. 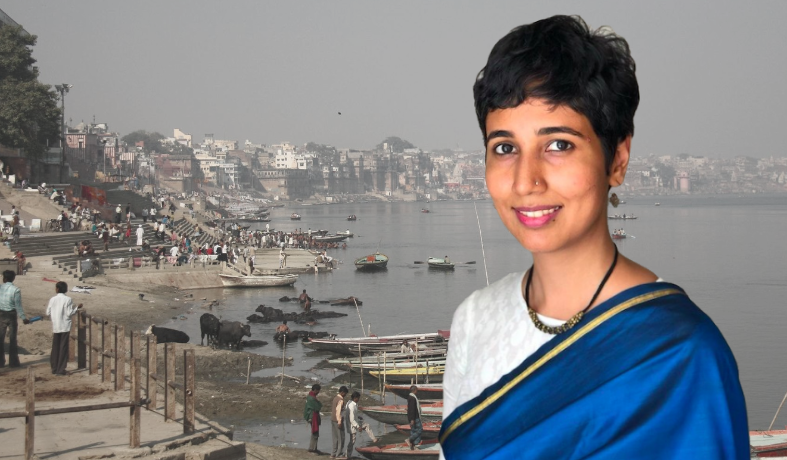 New Delhi: The Uttar Pradesh police has booked the executive editor and editor-in-chief of the news portal Scroll.in under various charges of the Scheduled Caste and Scheduled Tribe (Prevention of Atrocities) Act, 1989 and sections of the Indian Penal Code.

The complainant Mala Devi, a resident of Domari village in Varanasi, has alleged that Supriya Sharma, the executive editor of the news portal, wrongly reported that her condition had worsened during the coronavirus-induced lockdown, in the absence of emergency food support.

The FIR, which has been registered on Mala’s June 13 complaint has charged Sharma and the “editor-in-chief” of the news portal under IPC sections 269 (negligent act likely to spread infection of disease dangerous to life) and 501 (printing matter that is defamatory), along with two sections of the Atrocities Act.

Sharma recently wrote a series of reports on the poor state of affairs in Varanasi, which is also Prime Minister Narendra Modi’s parliamentary constituency. In one of her reports headlined “In Varanasi village adopted by Prime Minister Modi, people went hungry during the lockdown”, she chronicled the condition of Domari’s residents and quoted many of them on how they were driven to misery during the lockdown.

Domari is one of the villages which the prime minister had ‘adopted‘ under the Sansad Adarsh Gram Yojana, a model village scheme for parliamentarians.

Sharma’s report highlighted how the out-of-work village poor had to survive without essential food because of a malfunctioning public distribution system (PDS), an inefficient and insouciant administrative machinery, existent caste prejudices, and petty corruption. She also pointed out that the relief food kits promised by the state administration had barely reached the village.

One of the residents she spoke to was the aforementioned Mala Devi, a Dalit domestic worker whose income had frozen during the critical period of the lockdown. Sharma wrote that without a ration card, Mala had not been able to receive any help from the district administration, and thus looked for odd jobs and was even forced to beg on the streets of Varanasi.

However, in the FIR against Sharma and the editor-in-chief of Scroll.in, Mala denied having said anything like that. She said in the FIR that when Sharma came to her house in Domari, she told her that “neither she nor her family faced any problem in getting food and water”.

“However, it has come to be known that Supriya Sharma wrote lies about me that I work as a cleaner and dishwasher and that I slept with only tea and bread in my stomach,” Mala alleged in the FIR, while claiming that she worked as a sanitation worker at the Varanasi municipality through “outsourcing”.

“By writing that I and my children went hungry during the lockdown, Sharma mocked at my impoverishment, my caste, because of which I have suffered mentally. It (the report) has hurt my standing in society,” she said in her complaint.

When The Wire correspondent called Mala’s phone number which is mentioned in the FIR, her younger sister picked up the call. On being asked about the details of the FIR that Mala has filed, she said, “Please speak to the DM (district magistrate) sir regarding the matter,” she said hesitatingly, before ending the call.

Soon after the FIR was released by the UP police in the public domain, Scroll.in released a statement.

It stood by its story and said, “This FIR is an attempt to intimidate and silence independent journalism, reporting on conditions of vulnerable groups during the Covid-19 lockdown.”

“Scroll.in interviewed Mala in Domari village, Varanasi, Uttar Pradesh, on June 5, 2020. Her statements have accurately been reported in the article titled, ‘In Varanasi village adopted by Prime Minister Modi, people went hungry during the lockdown.’ Scroll.in stands by the article, which has been reported from the Prime Minister’s constituency,” the statement said.

The FIR against the Scroll journalists is not the first to be registered against journalists during the lockdown. A recent report said that at least 55 reporters and editors have been booked or arrested or threatened by different police departments and district administrations for reporting on the COVID-19-induced lockdown. The Uttar Pradesh police has been particularly aggressive against scribes who highlighted the poor state of affairs during the lockdown.

In end-March, when the lockdown had just begun, two journalists Vijay Vineet and Manish Mishra of a local daily Janadesh Times, were sent show cause notices by the Varanasi district magistrate Kaushal Raj Sharma. The two had filed a report on a viral video which showed children of the Musahar community eating grass to survive at Koiripur village in the Prime Minister’s constituency.

Similarly, in April, the UP police filed two FIRs against one of the founding editors of The Wire, Siddharth Varadarajan, for a news report about chief minister Yogi Adityanath violating the national lockdown to take part in a religious event in Ayodhya on March 25.

Such was the enterprise of the UP police to take action in the case that a team of state police officials drove down 700 kilometres in the middle of the lockdown on April 10 to Varadarajan’s New Delhi residence to serve him a summons.