Ishita Singh and Anuj Shukla were arrested from Noida on Saturday. 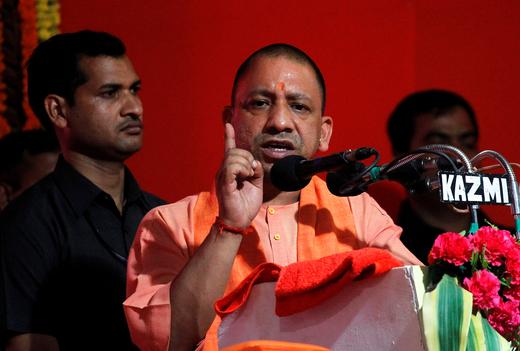 During a debate on the channel on June 6, a woman had allegedly made defamatory statements against Adityanath, the police said.

Workers affiliated to a political party had approached the police with a complaint against the news channel for broadcasting the claims of the woman without verifying facts, a senior official said.

“This could have led to a possible law and order situation,” Senior Superintendent of Police, Gautam Buddh Nagar, Vaibhav Krishna said.

During probe it was also found that the channel did not have any required licence to operate, he said.

An additional complaint about the illegal operation of the channel was made by district additional director, information, at Phase 3 police station following which an FIR under IPC sections 420 (fraud), 467 (forgery of documents) and related offences were registered, the officer said.

“They have been arrested on both counts for the defamatory content as well as illegal operation of the channel,” Krishna told PTI.

On the same day, in the afternoon, a former journalist at The Wire Hindi, Prashant Kanojia, was arrested in Delhi by the Uttar Pradesh police over social media posts he wrote about Adityanath.

According to the police, Kanojia made “obscene comments” and “spread rumours” on social media. He was arrested under Sections 500 (defamation) and 505 of the Indian Penal Code and Section 67 of the Information Technology Act. However, many people have criticised the arrest, claiming it is an abuse of the law.

The Network of Women in Media has issued a statement demanding the immediate release of all three journalists:

“The fact that the three were picked up on a weekend when courts are shut and the procedure to get bail becomes difficult, is a clear indicator that the police’s intention is to harass them further, thereby denying them access to justice. The above arrests are a serious clampdown on not just their fundamental rights but also the constitutional guarantees of freedom of speech and expression. They are also an indicator that the UP government is intolerant of dissent and selective in addressing crimes.”