Although the attacks against journalists are not new in the state, they have increased manifold after chief minister Biplab Kumar Deb issued a 'warning' to journalists on September 11.

If there is anything new that has been normalised this year, it is arbitrary governance and media bashing. Perhaps the Tripura chief minister’s unprecedented threat to newspapers and subsequent attacks on journalists is in tandem with the “new normal”.

On September 11, Tripura chief minister Biplab Kumar Deb, while inaugurating a special economic zone in the state, had issued an ultimatum to journalists in Tripura. He said, “A section of over-enthusiastic media is trying to mislead and confuse people by publishing exaggerated news on COVID. History will not forgive them, Tripura will not forgive them, nor shall I. History is witness that I, Biplab Kumar Deb do what I say.”

Within a month after the chief minister made those remarks, six journalists have been assaulted. Editors and reporters of newspapers have been attacked verbally and physically. As many as 23 first information reports (FIRs) have been filed by journalists who were attacked in the last almost three years.

“As many as 23 journalists have been targeted, harassed and assaulted in the last two-and-a-half years. So far, the government has not taken any action against the people accused of attacking journalists. Nowhere else in the country does a chief minister threaten the media,” says veteran journalist Subal Dey.

The culpability of state government

A few days ago, a reporter and a photojournalist were severely thrashed by “state-sponsored goons” in Sabroom in south Tripura. Their fault? They were covering an awareness drive on COVID-19, where some officials were not following basic protocols like wearing masks and social distancing. But as soon as the photojournalist, Ratan Debnath, began taking pictures, the officials snatched his camera, assaulted him physically, and also hurled a flurry of invectives. The reporter too was thrashed. Consequently, two FIRs were filed. So far, only one person, who is not even the prime accused, has been arrested in the case. 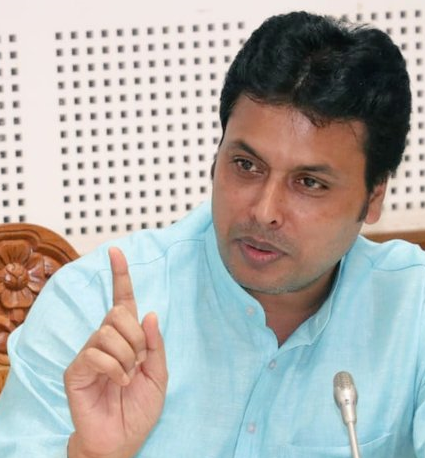 On September 12, a day after the chief minister’s infamous speech, Parashar Biswas, a reporter with a local daily, was severely beaten up at his residence, after he criticised Deb’s remarks in a Facebook video post. His FIR states that a group of “unidentified persons” had attacked him.

Soon after the chief minister’s statement, sordid campaigns began on social media platforms to malign newspapers. Genuine news items have been branded as “fake news”, and that they were “violative of the Disaster management Act and Epidemic Disease Control Act,” even as the Tripura High Court took suo motu cognisance of those media reports on the plight of COVID-19 patients and their relatives.

A few months ago, the government had issued a circular directing its officials not to speak to the media, meaning there was no way to confirm the details of any story with the government. But as soon as a story is published, ministers hold press conferences saying that the story “has not been verified with respective government departments”. Recently, state Education Minister Ratan Lal Nath held such a conference.

“The gag on officials is a gag on us as well. The erstwhile Left government too was not very friendly with journalists, but it was manageable. What we are facing now is sinister. We are being attacked only for asking questions,” says a senior journalist, requesting anonymity.

COVID-19 and the gag on press

Ever since the pandemic began to show its effects in the state, the government has been hushing data on COVID-19 management, unemployment, law and order, etc. Incidentally, there are murmurs of allegations within the ruling party of misappropriating funds released for COVID-19 treatment, which have been neither denied nor confirmed by the government.

Sam (name changed), a senior correspondent with a local daily, says, “As far as the media is concerned, it is a state of emergency here. Our right to report has been curbed. We are being punished if we do not toe the line set by the chief minister.” His comment resonates with an FIR filed in July, where a reporter was character assassinated on social media because he had asked an “uncomfortable” question to state Transport Minister Pranajit Singharoy. 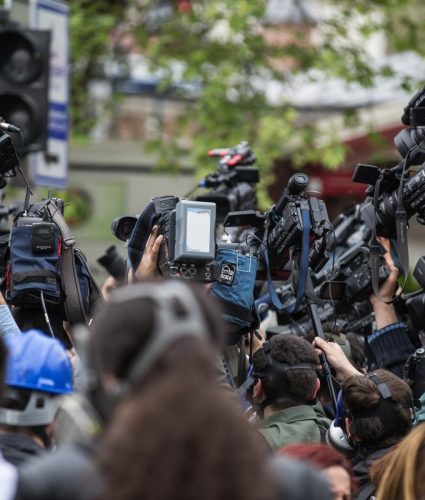 On many instances, family members of journalists employed in government services have been transferred to remote locations or have been threatened. All this notwithstanding the state’s staggering unemployment rate of 17.4 (Centre for Monitoring Indian Economy, September 2020).

Not once has the state government condemned these attacks, let alone make amends. After the matter was taken up by Tripura Assembly of Journalists, a forum for protection of journalists, the chief minister had issued a “clarification” stating that “he did not mean to hurt anyone”. The attacks on journalists, however, have been continuing unabated.

The contention began much before the pandemic hit the state.

In February 2020, it was reported that an oxygen-carrying pipe at GB Pant Hospital, the main referral hospital in the state capital Agartala, had a leak. However, it did not elicit any response from the government until late August when a number of COVID-19 deaths were linked to shortage in oxygen supply.

Now, the state has the second highest mortality rate in Northeast India, with 27,305 cases and 298 deaths and counting as of October 6. Comparatively, other states in the region, barring Assam, (Manipur –  75, Nagaland – 12, Arunachal Pradesh – 19, Meghalaya – 59) have recorded much fewer deaths. Mizoram has recorded no deaths due to COVID-19.

As reports and pictures of bodies lying on the corridors and floors of GB Pant Hospital, and its unhygienic and downright filthy rooms were being published in the newspapers, attacks on those media houses too, became increasingly intense.

In the last couple of years, hundreds of journalists have been attacked across the country, and Tripura is no exception.

A few months before the last assembly elections in March 2018 two journalists were killed in the state. Fear, anxiety and strong anti-incumbency throttled the state. Almost three years since, nothing has changed on the ground. The honourable chief minister’s oration on media is an eerie reminder of that dark time.