Too Many People Think Satirical News Is Real

Researchers found that many false stories that people believed weren’t trying to intentionally deceive readers, but came from satirical sites. 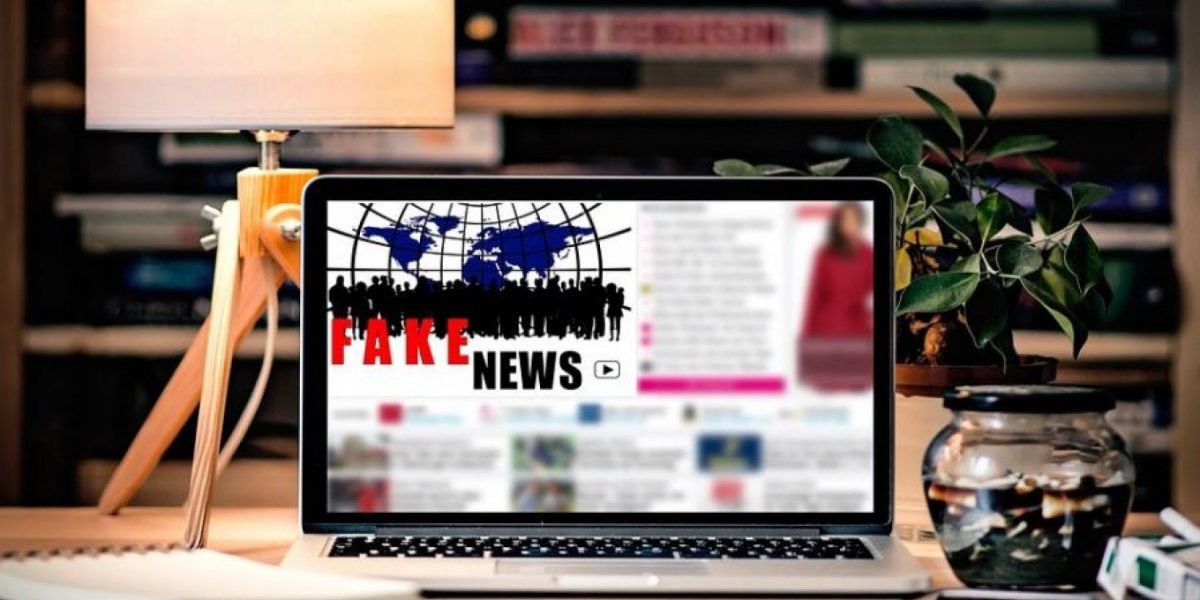 In July, the website Snopes published a piece fact-checking a story posted on The Babylon Bee, a popular satirical news site with a conservative bent.

But does everyone recognise satire as readily as French seems to?

Our team of communication researchers has spent years studying misinformation, satire and social media. Over the last several months, we’ve surveyed Americans’ beliefs about dozens of high-profile political issues. We identified news stories – both true and false – that were being shared widely on social media.

We discovered that many of the false stories weren’t the kind that were trying to intentionally deceive their readers; they actually came from satirical sites, and many people seemed to believe them.

Every person may not be able to differentiate satirical and fake news.

On his popular satirical news show “The Colbert Report,” comedian Stephen Colbert assumed the character of a conservative cable news pundit. However, researchers found that conservatives regularly misinterpreted Colbert’s performance to be a sincere expression of his political beliefs.

The Onion, a popular satirical news website, is misunderstood so often that there’s a large online community dedicated to ridiculing those who have been fooled.

But now more than ever, Americans are worried about their ability to distinguish between what’s true and what isn’t and think made-up news is a significant problem facing the country.

Sometimes satire is easy to spot, like when The Babylon Bee reported that President Donald Trump had appointed Joe Biden to head up the Transportation Security Administration based on “Biden’s skill getting inappropriately close to people and making unwanted physical advances.” But other headlines are more difficult to assess.

For example, the claim that John Bolton described an attack on two Saudi oil tankers as “an attack on all Americans” might sound plausible until you’re told that the story appeared in The Onion.

The truth is, understanding online political satire isn’t easy. Many satirical websites mimic the tone and appearance of news sites. You have to be familiar with the political issue being satirised. You have to understand what normal political rhetoric looks like, and you have to recognise exaggeration. Otherwise, it’s pretty easy to mistake a satirical message for a literal one.

Do you know it when you see it?

Our study on misinformation and social media lasted six months. Every two weeks, we identified ten of the most shared fake political stories on social media, which included satirical stories. Others were fake news reports meant to deliberately mislead readers.

We then asked a representative group of over 800 Americans to tell us if they believed claims based on those trending stories. By the end of the study, we had measured respondents’ beliefs about 120 widely shared falsehoods.

Satirical articles like those found on The Babylon Bee frequently showed up in our survey. In fact, stories published by The Bee were among the most shared factually inaccurate content in almost every survey we conducted. On one survey, The Babylon Bee had articles relating to five different falsehoods.

For each claim, we asked people to tell us whether it was true or false and how confident they were in their belief. Then we computed the proportion of Democrats and of Republicans who described these statements as “definitely true.”

If we zero in on The Babylon Bee, a few patterns stand out.

Members of both parties failed to recognise that The Babylon Bee is satire, but Republicans were considerably more likely to do so. Of the 23 falsehoods that came from The Bee, eight were confidently believed by at least 15% of Republican respondents. One of the most widely believed falsehoods was based on a series of made-up quotes attributed to Rep Ilhan Omar. A satirical article that suggested that Sen Bernie Sanders had criticised the billionaire who paid off Morehouse College graduates’ student debt was another falsehood that Republicans fell for.

Our surveys also featured nine falsehoods that emerged from The Onion. Here, Democrats were more often fooled, though they weren’t quite as credulous. Nonetheless, almost 1 in 8 Democrats was certain that White House counselor Kellyanne Conway had questioned the value of the rule of law.

It’s no surprise that, depending on the headline, satire might be more likely to deceive members of one political party over another. Individuals’ political worldviews consistently colour their perceptions of facts. Still, Americans’ inability to agree on what is true and what is false is a problem for democracy.

The larger question, though, is what we should do about this problem.

In other recent work, we compared the effectiveness of different ways of flagging inaccurate social media content.

We tested a couple of different methods. One involved including a warning that fact-checkers had determined the inaccuracy of a post. Another had a message indicating that the content was from a satirical site.

Facebook tested this feature itself a few years ago, and Google News has started to label some satirical content. 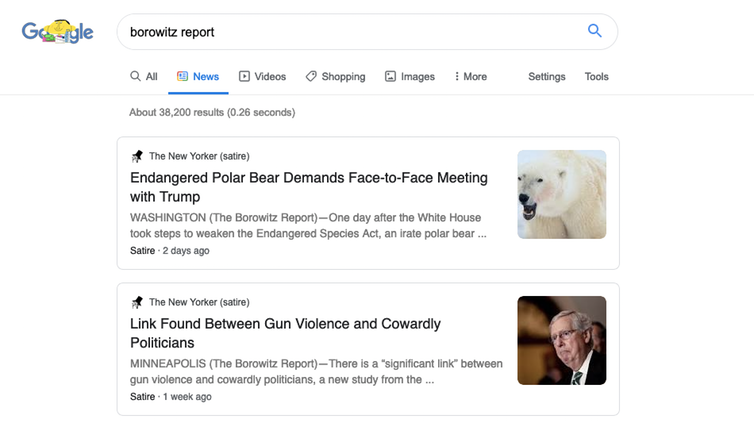 Despite French’s criticism of Snopes for fact-checking The Babylon Bee, he ends his essay by noting that “Snopes can serve a useful purpose. And there’s a space for it to remind readers that satire is satire.”

On this point, we couldn’t agree more.