In a series of tweets, the anchor also accused the Congress leader of going back on assurances he gave all those who had been hired that they would have a tenure of at least two years. 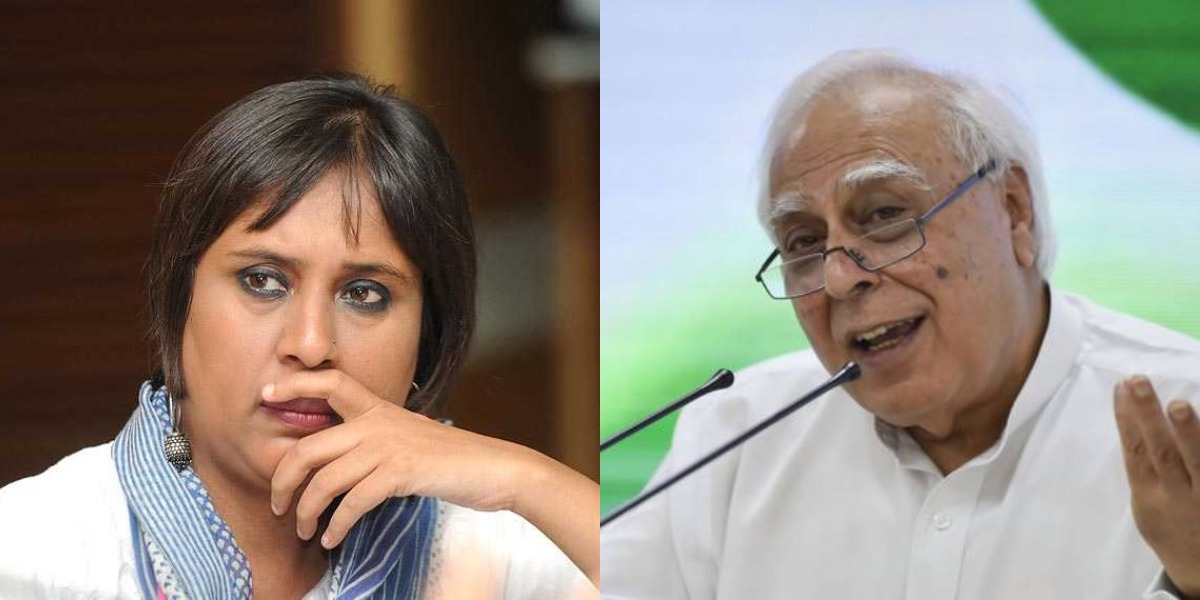 New Delhi: In a series of tweets, Tiranga TV consulting editor Barkha Dutt on Monday lashed out at Congress MP Kapil Sibal and his wife Pramila Sibal – promoters of the channel – accusing them of withholding the salaries of nearly 200 employees and forcing them to leave without proper compensation. She also accused the couple of using offensive language against female staffers of the channel.

The channel was initially launched as Harvest TV in January this year, but the following month its name was changed to Tiranga TV. Staffers say the channel is likely to go off air soon but is still broadcasting as of Monday evening.

On Monday, Dutt, who earlier worked at NDTV 24×7 as a senior editor, levelled serious allegations of violation of labour norms and misbehaviour against Sibal and his wife. She said the situation at the channel was “appalling” as the equipment of the employees has been confiscated and they are faced with sackings without a “6 month pay out”.

An appalling situation in @NewsHtn promoted by @KapilSibal & his wife, where more than 200 employees have had equipment confiscated and face sackings without even a 6 month pay out. Man who acts holier than though in public has treated journalists in a hideous way

Dutt claimed that a large number of employees had given up other offers and jobs to join the channel because of an assurance given by Sibal that they would have a tenure of at least two years.

Most people here, gave up other offers or left jobs on an assurance from @KapilSibal of a professionally run newsroom and a minimum tenure of 2 years. Neither husband nor wife have evenshowed up to talk to staff . But all live programming has been cancelled for 48 hrs..

She also accused Sibal’s wife – a businesswoman who is the channel’s principal financier – of making disrespectful remarks against the journalists for seeking six months’ pay out.

Wife, who ran a meat factory, says loudly in the workplace, "I shut down factory withut giving a paisa to labour, who are these journalists to ask for 6 months salary." Her labour should have been paid better, but her disparaing remarks of journalists is sickening

Dutt questioned why Sibal, who earns crores of rupees, does not want to follow the industry norm while asking journalists to leave.

What is most shameful is that @KapilSibal earns crores every day and wont pay 200 employees the industry norm of 6 months or at least 3 months pay out, ruining the lives of 200 plus people.

She said the Sibals referred to the Narendra Modi government’s alleged interference as an excuse to sack staff. Dutt, however, said the Centre had not interfered with the channel’s functioning. She accused the couple of holidaying in London while the channel was being shut.

Am told @KapilSibal & wife wanted to use Modi as excuse to sack staff saying Modi didnt let channel run. But to be absolutely blunt. GOI has done nothing. Husband and wife have not faced staff, went on holiday to london, while shutting shop, prompting me to call him Mallya

Dutt tweeted that she has also been threatened with defamation and told to delete all the emails through which she had drawn parallels between Sibal and the disgraced businessman Vijay Mallya, currently battling extradition charges in London.

For fighting for rights of staff, I have been threatened with defamation and ordered to "withdraw my emails" comparing @KapilSibal to Mallya. I have refused. I support the staff of @NewsHtn and will help them fight this legally, with a criminal case and complain

Dutt said she would continue to fight for the rights of the staff and would help them fight this battle legally.

Dutt added that she was offended by the manner in which Sibal and his wife allegedly used offensive words against female staffers, and demanded that the National Commission for Women look into the case.

Worst of all, @KapilSibal & wife have referred to female staffers as "Kutiya"or Bitch. This is a fit case for NCW @sharmarekha & we will place signed affidavits to prove our case.

In response to this tweet of hers, National Commission for Women chairperson Rekha Sharma responded and asked Dutt to send the details on her mail id.

Could you pl send me details on my email Chairperson-ncw@nic.in

Dutt in further tweets noted how the life of over 200 employees depended on the salary that they were owed. She also hoped that the Editors Guild of India would also look into the matter and protect the interests of the staff members.

Lastly, it would be easy for me to be silent. @KapilSibal owes a lot of us senior staff salary for a year and has refused to pay it. We will fight that legally. But what is more critical is 200 employees whose lives depend on this. Hope @IndEditorsGuild protects this staff

“I would urge friends in the media fraternity and everyone with a voice to tweet @KapilSibal till he pays employees what is due to them instead of wriggling out with one month pay out and intimidating staff with threats of defamation & other Vakeel type tricks,” she wrote.

Incidentally, some of the staffers of the channel recently protested that they were being asked to resign after taking a month’s salary. Some employees of the channel also held a small protest at the Press Club of India against non-payment of wages.

Sibal’s past allegations against Modi government

In January this year, speaking at the Jaipur Literary Festival, Sibal accused the NDA government of trying to shut down his channel. “I’m trying to finance a channel, to set up a channel called Harvest. Now we’ve been trying to get a licence, (but) this government doesn’t want to give us a licence. We got a licence ultimately. Then this afternoon, suddenly it was shut down,” he said.

Funds were promised, but didn’t come after poll debacle

The channel, which was launched a few months before the 2019 Lok Sabha elections, was primarily financed by Sibal’s wife. It tried to counter the large time allotted to cover the BJP on most mainstream news channels. While Sibal put in a large amount of money, and staffers were assured that there was a nearly Rs 40 crore corpus that would provide at least two years’ salaries, it was not to be.

As the Congress fared badly in the polls, the Rs 300 crores which were to be generated from various sources to keep the channel running over a long period suddenly appeared a big challenge.

Among those who were supposed to finance the channel were a former Union minister, who was to get the money through a stationery-manufacturing friend. Another prominent member of the Congress party, who is also an industrialist, was also supposed to make a significant contribution. But these funds did not come.

“The company faced troubles after May 23, the day BJP-led NDA government returned to power; the investors backed off and the current investor refuses to invest further,” a channel source told Outlook magazine.

The Wire has sent a questionnaire to Kapil Sibal and Premila Sibal about Dutt’s allegations. The story will be updated with his response as and when it is received.