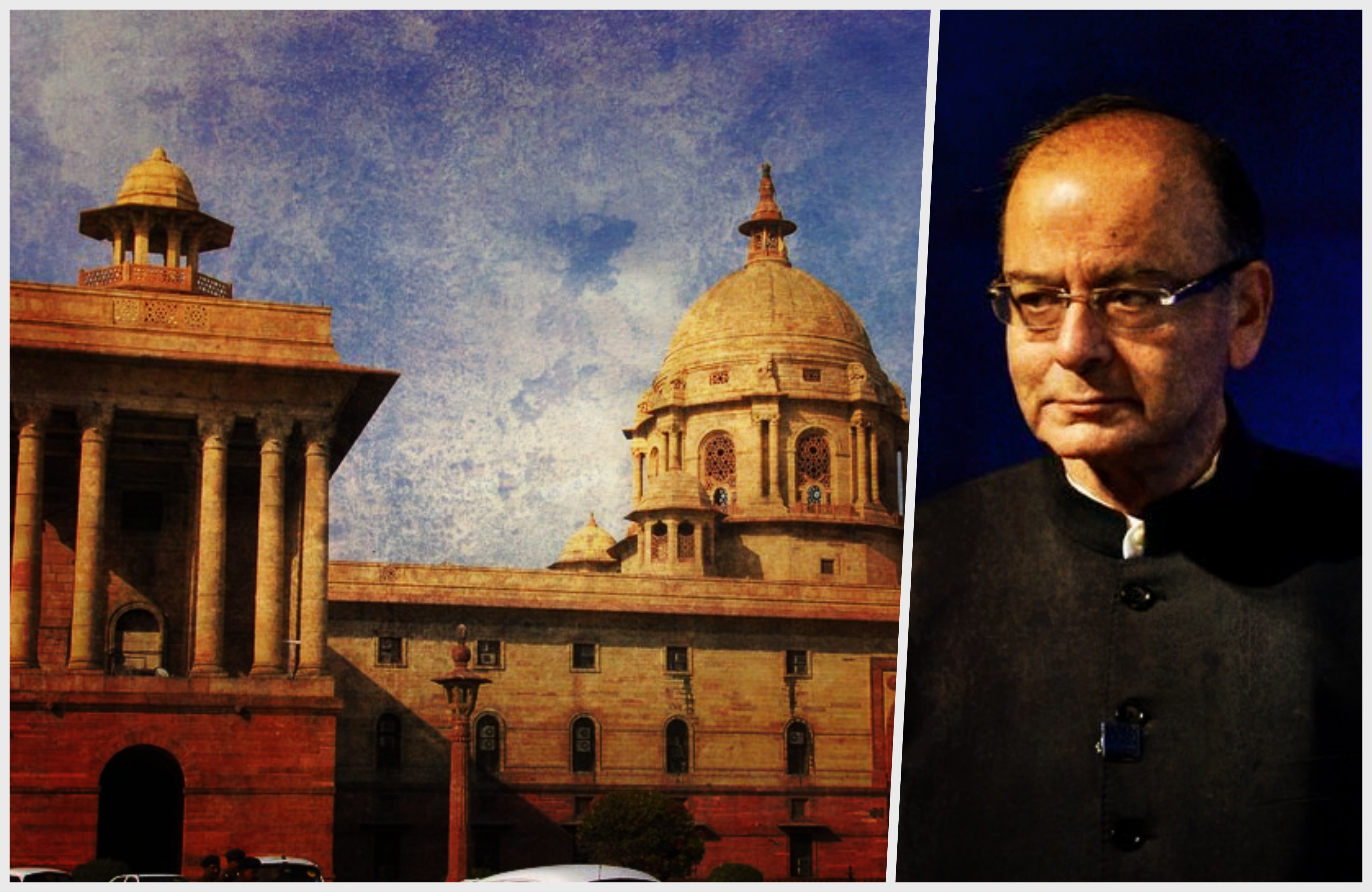 North Block, where the Ministry of Finance is housed, is where Diwakar Asthana, executive editor of the Times of India, met finance minister Arun Jaitley to discuss the posting of an income tax officer. Credit: Wikimedia, Reuters

New Delhi: A leaked WhatsApp message detailing an interaction between two senior Indian journalists and finance minister Arun Jaitley has raised questions about the manner in which high-level bureaucratic appointments are being made in the current government. But the leak also shines a troubling spotlight on the conflict of interest that arises when newspaper editors who are meant to objectively cover the government get involved in seeking favours from senior ministers on behalf of officials.

The WhatsApp message in question – which was made public by a website on Thursday morning and whose authenticity has been confirmed by The Wire – comes from an internal Times of India (ToI) journalist group.

It was sent, according to multiple sources, by Times of India executive editor Diwakar Asthana. The message, which is reproduced below and was sent mistakenly to the ToI’s Delhi bureau WhatsApp group, details how Diwakar, along with former Economic Times and OPEN magazine editor P.R. Ramesh, lobbied on behalf of an unnamed income tax official.

More specifically, the meeting between Asthana, Ramesh and Jaitley deals with the manner in which the government decides postings for the “ITOU” panel. ITOU panel here likely refers to “income tax overseas units” – groups of income tax officers that are posted at Indian embassies abroad and serve as a liaison between Indian and foreign tax authorities.

During the meeting, the journalists ask Jaitley and his private secretary Simanchala Dash (whom the WhatsApp message refers to as “Dash”) that this unnamed income tax official be assigned the ITOU posting in London.

The problem, however, appears to have been that such assignments are decided by India’s Central Board of Direct Taxes (CBDT), which in turn had referred it to the external affairs ministry’s foreign service board.

Diwakar’s message shows how a suggestion was made to have this decision overturned. “…I said that FM, being the competent authority, can overturn the decision of CBDT. Dash said that we can scrape (sic) the entire ITOU panel as recalling the name for just London station may not look good. Upon this FM said ok and told us ‘chalo’,” the message states.

“Babu, met FM along with Ramesh regarding ITOU. He called Dash and in the presence of FM, the latter agreed that CBDT has wrongly held that you are in deputation when you are actually on study leave. It was also clarified in the presence of FM, that your fellowship has not been funded by government. Dash told FM that Arun ji had spoken directly with CBDT chief and , therefore, he was not in the loop. He also told FM that the matter is no longer with finance ministry as the CBDT has referred it to the foreign service board under MEA. Upon this , I said that FM, being the competent authority, can overturn the decision of CBDT. Dash said that we can scrap the entire ITOU panel as recalling the name for just London station may not look good. Upon this FM said ok and told us ‘chalo’. What do you think of it.”

While P Ramesh joined OPEN in 2013, the magazine’s editor S.Prasannarajan told The Wire that Ramesh no longer held any editorial position at the publication. The last story Ramesh wrote for the magazine is dated April 7, 2017.

A number of government websites identify Vizay Vasanta as the “first secretary (income tax overseas units)” at India’s high commission in London. He is likely the official whose posting Diwakar and Ramesh sought to be “scraped”. According to the website Whispers in the Corridors, which tracks movements in the bureaucracy, Vasanta’s posting, along with a few others in other countries, was only recently extended.

The Wire has reached out to the finance ministry and the Central Board of Direct Taxes with a detailed questionnaire. The story will be updated with their response when it is received.

The Wire also sought a response from Diwakar, who is out of the country, and the Times of India group, which declined to comment on the conflict of interest involved.

The interaction between Jaitley and the senior Times of India editor is likely to raise a number of questions, especially at a time when there is heightened scrutiny of the Modi government’s relationship with the media. The charge, in particular, is that of open hostility towards one section of the media which refuses to be “docile”, coupled with official proximity to other media proprietors or editors which, in turn, creates ample scope for editorial conflicts of interest that favour the government.

Whatever their personal interest in the fate of the unnamed official, or the legitimacy of his claims to the sought after job, the leaked WhatsApp message details how two journalists sought to get India’s finance minister to overturn a posting that had already been made. A secondary, but equally troublesome, issue also arises because of this: To what extent is media lobbying and the practice of trading favours prevalent in the current NDA government? Should any government department, let alone high-ranking finance ministry officials, involve non-government personnel in discussions over appointments? If editors from the Times of India and other newspapers have the ability to push for personnel changes with government ministers, do these ministers, in turn, have the ability to influence the  editorial line in these newspapers?

In India, particularly during the previous UPA government of Manmohan Singh, the Radia tapes documented how the press served as a crucial liaison between India Inc and elected officials both personally and through their news reports. The audio recordings released showed senior journalists having borderline inappropriate conversations with corporate lobbyist Niira Radia and in the process appearing more like power brokers and less like watchdogs.

In January, The Wire, drawing on a story which appeared in Frontline, detailed how Shishir Gupta, a senior Hindustan Times editor, was serving as the eyes and ears of the BJP and the Modi government in its war of attrition with Delhi’s AAP government – an obvious situation of conflict of interest.

The Hindustan Times brushed off the allegations of its senior editor having too cosy a relationship with the ruling party by insisting the communications which had come to light were part of legitimate journalistic work.