Times of India Apologises for 2007 Article on Aligarh Muslim University

A former student had filed a defamation case on the matter. 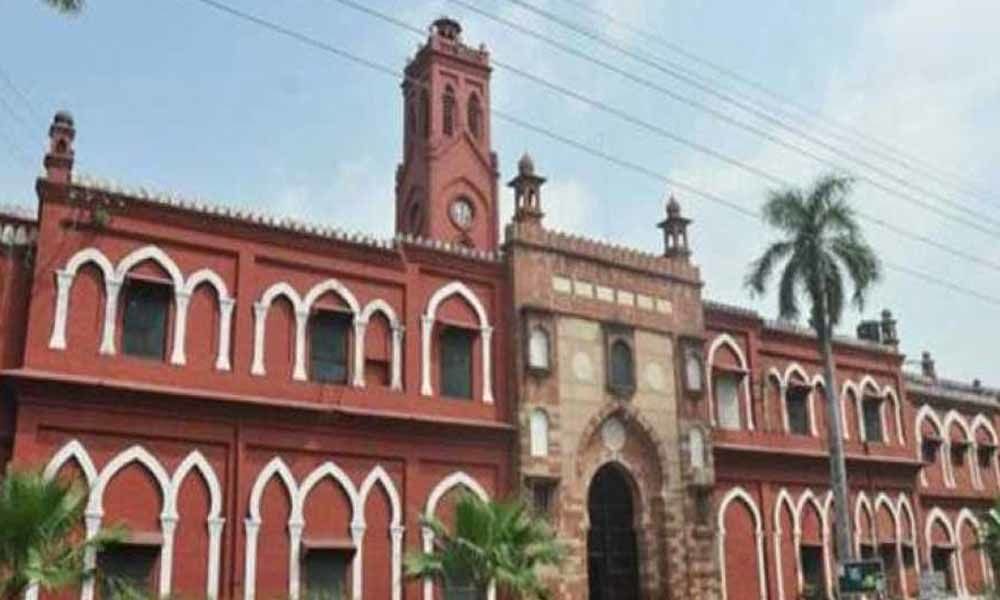 New Delhi: Prominent English daily Times of India (TOI) tendered an apology for publishing a ‘defamatory’ article on Aligarh Muslim University (AMU) in a civil court of Delhi on January 14 – 14 years after the article was published. The case was filed by a former law student of the university, Farrukh Khan, who is now a practicing advocate. Khan was also the general secretary of the students’ union in 2005.

The 2007 news story titled ‘AMU: Where the Degrees are Sold like Toffees’ was written by Akhilesh Kumar Singh. Khan graduated from the university the same year and filed a defamation suit against the publisher, the editor and the reporter of the newspaper. The case was settled on January 14 when the newspaper submitted an apology. 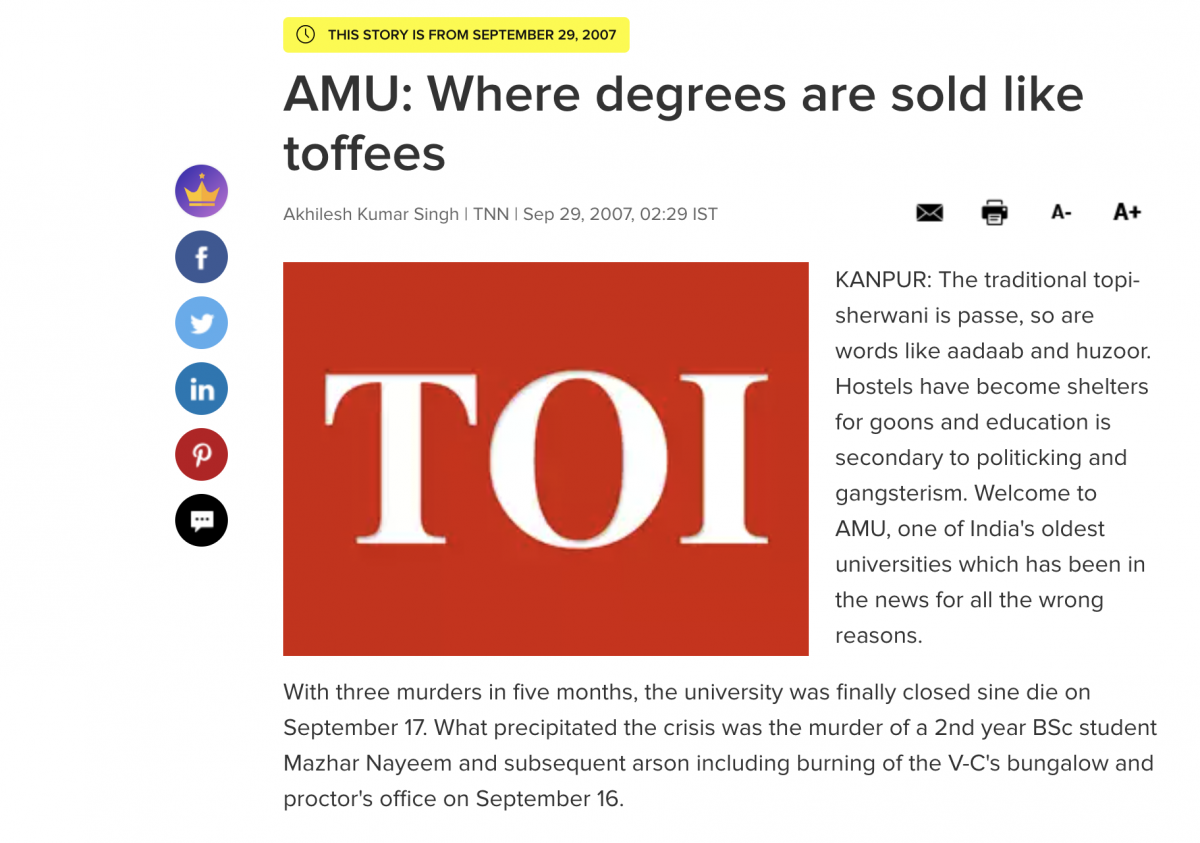 A screenshot of the article from the TOI website.

Although the story was up when The Wire reported on the apology first on January 23, the story has since been taken down from the Times of India website The story introduction says, “The traditional topi-sherwani is passe, so are words like aadaab and huzoor. Hostels have become shelters for goons and education is secondary to politicking and gangsterism. Welcome to AMU, one of India’s oldest universities which has been in the news for all the wrong reasons.”

The news story also quoted an anonymous source saying that degrees are distributed “like toffees” in the university.

“A senior faculty member, preferring anonymity, says, “Thesis and synopsis can be purchased from Shamshad Market, adjacent to AMU campus, and are awarded to passouts. None bothers to crosscheck their authenticity. Degrees are distributed like toffees,” claimed the story. Khan says that he was immensely hurt by the story and felt that a case must be filed, he told The Wire. He also said that there is a difference between freedom of expression and a license to insult an institution.

However, he is relieved now that an apology has been tendered. “Justice has been delayed, but has not denied. As a practicing advocate myself, I know that there are huge backlogs in the court. But one must always take a legal recourse for such redressals. And anyway, what ends well, all is well,” he said. 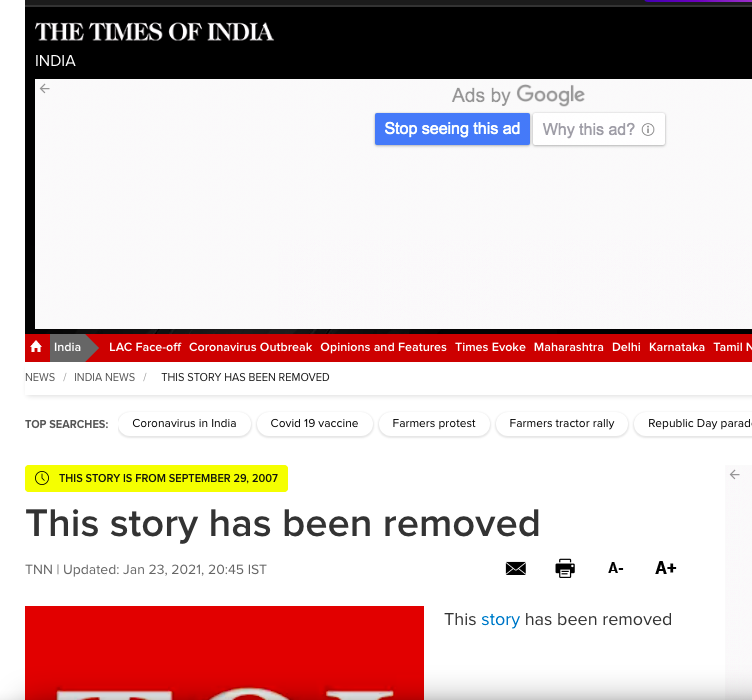 A screenshot of the article which has now been taken down from the TOI website.

When asked whether he wanted a public apology, he said that since he was the aggrieved party, the apology was sent to him and not publicly. “As far as the apology letter is concerned, I am bound by my statement made to court that I won’t circulate the apology letter,” he said.

Khan has been religiously following mainstream media and has sent notices to several news channels in the past.

The Wire reached out to the editor-in-chief of Times of India, Jaideep Bose, but has not received a response yet. It will be added as and when it is received.