Under the guise of creating an air of hostility against the accused, the channel maligned the dignity of the victim. 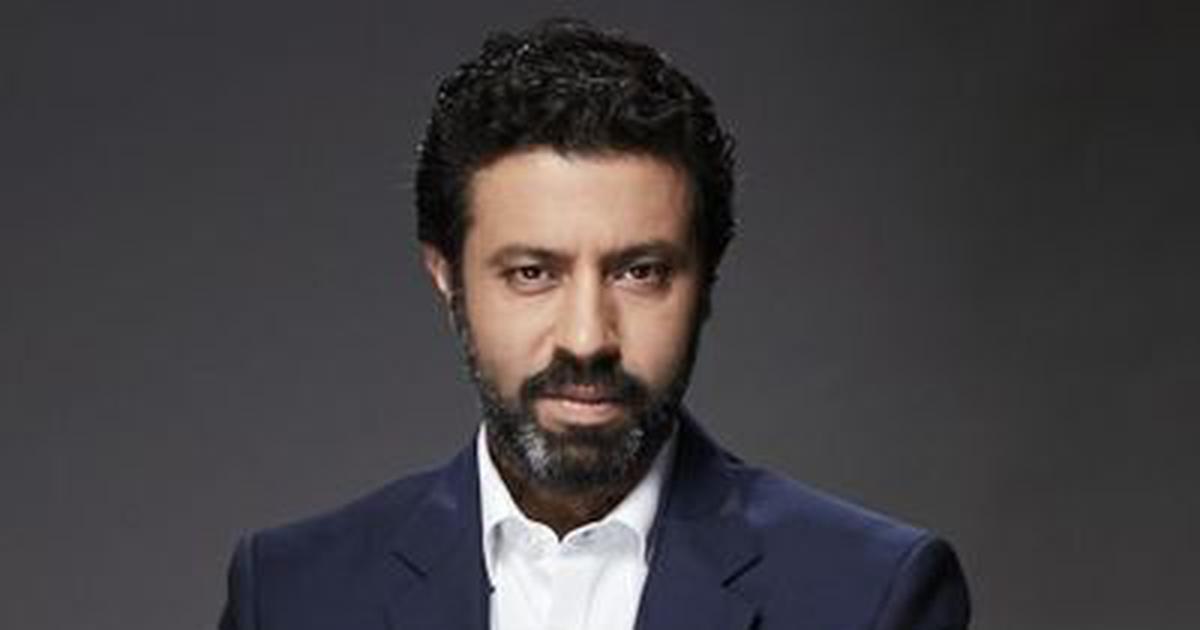 The quality of newsroom discussions hit a new low when Times Now held a horrendous debate over CCTV footage in the Tarun Tejpal rape case by brazenly defying court orders and relevant statutory provisions. The debate, which aired on May 28, was preceded by dramatic build-up on social media, with the sensational hashtag “ #TejpalTapes”.

On India Upfront tonight: Sensational #TejpalTapes are out. 5 years after his ‘confession’ to the survivor watch the ‘indiscretions’ of the tainted journalist on TIMES NOW

Tarun Tejpal, journalist and former editor of Tehelka, is accused of forcibly committing acts amounting to rape on his junior colleague inside an elevator in a hotel in Goa in November 2013. The “never seen before video tapes” shown by Times Now depicted two persons (whom the channel claims to be Tejpal and the complainant) entering and exiting an elevator in a hotel lobby.

The debate carried out in two sessions, one anchored by the channel’s editor-in-chief Rahul Shivshankar and another by managing editor Navika Kumar, was attended by several panellists, including lawyers. The CCTV footage was repeatedly shown, and the anchors baited their panellists with their own subjective interpretations of the body language of the persons shown in the footage. The panellists took their turn in either attacking Tejpal or seeking to discredit the complainant, based on their surmises from the footage whose  duration is barely a few seconds.

The discussion was shrill, lacking in nuance and without any regard for the privacy of the complainant rights or the rights of the accused. When the debate inched towards victim-shaming, it was clear with whom the channel’s sympathy really was. In any event, the attempt of this column is not to analyse the journalistic merits of the show but to point out the glaring legal violations which took place. 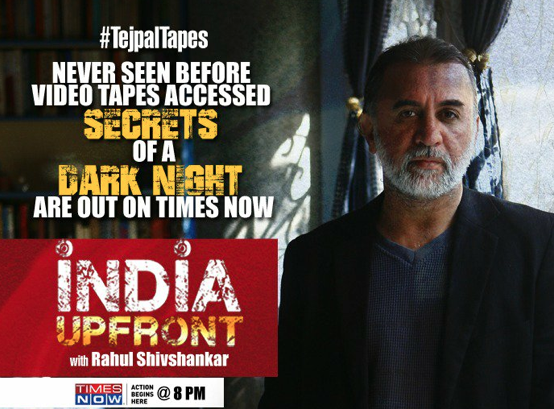 The trial court in Goa which is seized of the matter had passed an order in June 2017 restraining the publication of court proceedings. The court held that its proceedings will be held “in-camera”, meaning that the proceedings will not be open for the general public to watch. The order was passed by the court to preserve the dignity, respect and privacy of both the compainant and the accused. The video footage is evidence in the case, upon which both the prosecution and the defence place reliance to support their respective versions. Responding to the violation committed by the channel, Supreme Court criminal lawyer Rebecca Mammen John noted:

“Section 327 (2) and (3) of The Code of Criminal Procedure makes it clear that Rape trials shall be conducted in camera. It further states that “it shall not be lawful for any person to print or publish any matter in relation to such proceedings, except with the previous permission of the court.” The footage that was aired yesterday is an exhibited document in the trial. In an ongoing trial you cannot play any footage on your night show without the permission of the court. The court had not granted any such permission . On the contrary it has prohibited public viewing of the footage. Dear anchors: Got that?”

The video footage could not have been accessed by Times Now through means known to law. When the footage is part of court evidence, accessing it through other surreptitious means is blatantly illegal and improper.

The video footage, lasting for a few seconds, is only one of the several pieces of evidence in the trial. The video footage does not pertain to the alleged happenings inside the elevator. Therefore, to draw inferences of guilt or innocence based on the body language of the persons shown in the footage is an act of guesswork, having no standing on its own independent of other evidence on record.  To hold a highly judgmental debate on the basis of this singular piece of evidence without reference to other evidence is grossly improper.

In a trial, the discrediting of any witness is done on the basis of evidence and statements tendered in court, after putting the witness through cross-examination. As per information gathered, the cross-examination of the victim is yet to take place. Before that stage, it is improper for a channel to present views that seek to discredit the victim, especially so when the entire set of evidence is not available in the public domain.

In paragraphs 12(a), 12(b) and 41(A) in Part A under the heading “Caution in criticising judicial act”, “Reporting News pertaining to Court proceedings” and “ Trial by Media”, it is stipulated as follows :

– Excepting where the court sits ‘in-camera’ or directs otherwise, it is open to a newspaper to report pending judicial proceedings, in a fair, accurate and reasonable manner. But it shall not publish anything which, in its direct and immediate effect, creates a substantial risk of obstructing, impeding or prejudicing seriously the due administration of justice; or is in the nature of a running commentary or debate, or records the paper’s own findings conjectures, reflection or comments on issues, sub judice and which may amount to abrogation to the newspaper the functions of the court; or regarding the personal character of the accused standing trial on a charge of committing a crime.

– Newspaper shall not as a matter of caution, publish or comment on evidence collected as a result of investigative journalism, when, after the accused is arrested and charged, the court becomes seized of the case: Nor should they reveal, comment upon or evaluate a confession allegedly made by the accused.

– The media is not expected to conduct its own parallel trial or foretell the decision putting undue pressure on the judge, the jury or the witnesses or prejudice a party to the proceedings.

– Victim, Witnesses, Suspects and accused should not be given excessive publicity as its amounts to invasion of their privacy rights.

All the above guidelines were violated by Times Now’s show.

In what could be termed an instance of running with the hare and hunting with the hound, the channel managed to create an air of hostility against the accused while also maligning the dignity of the victim, with its over-the-top commentary and titillating tone of debate.

The high-voltage debate accompanied by its mass propaganda through social media has the potential to sway the minds of unsuspecting viewers, who may not be well versed with court procedures. Even the judiciary cannot be completely insulated from the public pressure generated by media narratives. Justice Cardozo, one of the great judges of the US Supreme Court observed in Nature of the Judicial Process that judges are subconsciously influenced by several forces. The parallel trial held by the channel on the basis of piecemeal evidence has skewed public perception of the case, and this could act as unwarranted external pressure on the judicial process.

Thus, this is a clear case of prejudicing the judicial process and interfering with the administration of justice, which are grounds for initiating criminal contempt action under the Contempt of Courts Act 1971.

Acknowledging that even non-state actors like the media can infringe the right to privacy, the Kerala high court observed:

“The newly recognised fundamental right to privacy, which takes within its fold the right to protect ones reputation as well, would merit classification as a fundamental right that protects an individual, not against the arbitrary State action, but also from the actions of other private citizens, such as the press or media”.

This observation was made  in the solar scam case against former Kerala chief minister Oommen Chandy, where the court had initially gagged the media from publishing contents of the Solar Commission report. The observations were based on the Supreme Court decision in Justice Puttuswamy v. Union of India, which declared right to privacy a fundamental right.

The parallel trial by a news channel carried out without regard to fairness, and without opportunity to the affected persons, has infringed the right to privacy of both the accused and the victim. The panelists were speaking without any authority to represent the affected persons, and they have inflicted irreversible damage with their unabashed mudslinging. As Rebecca Mamen John noted later on Facebook:

Not a single lawyer who appeared on the Times Now channel last night discussing the merits of footage from an ongoing rape trial, spoke out against the gross illegality of playing and replaying it. There is a court order prohibiting viewing of the footage. Many of the participants discredited the victim and made outrageous claims. Shame on all of you.

This also provides occasion for the media to introspect about the boundaries to be maintained while discussing pending criminal trials. Media intervention in cases like the Jessica Lal case, the BMW hit-and-run case etc are often projected to support the need for a “media trial”. But those cases had some glaring instances of investigative lapses and attempts to subvert the trial, which would not have got corrected but for media activism. But there was no such redeeming element of overriding public interest in the ‘Tejpal Tapes’. The debate did not achieve any worthy purpose except providing sadistic pleasure to some. Apart from that, there was no journalistic relevance either, as this was no occasion for holding a debate at this juncture on an ongoing trial.  From the timing of the debate, one cannot help wonder whether it was a ploy to deflect attention from the questions raised on the credibility of the channel in view of the Cobrapost expose.

(The online video links of the debate has been since taken down from the official website of Times Now and its YouTube channel, presumably fearing legal sanctions)

Republished from the original article published on LiveLaw, with minor editorial and stylistic changes.