The Wire Wins RedInk 'Media Start-up of the Year' Award

The sixth edition of the RedInk Awards for Excellence in Journalism also honoured T.N. Ninan for Lifetime Achievement and picked NDTV India's Ravish as Journalist of the Year. 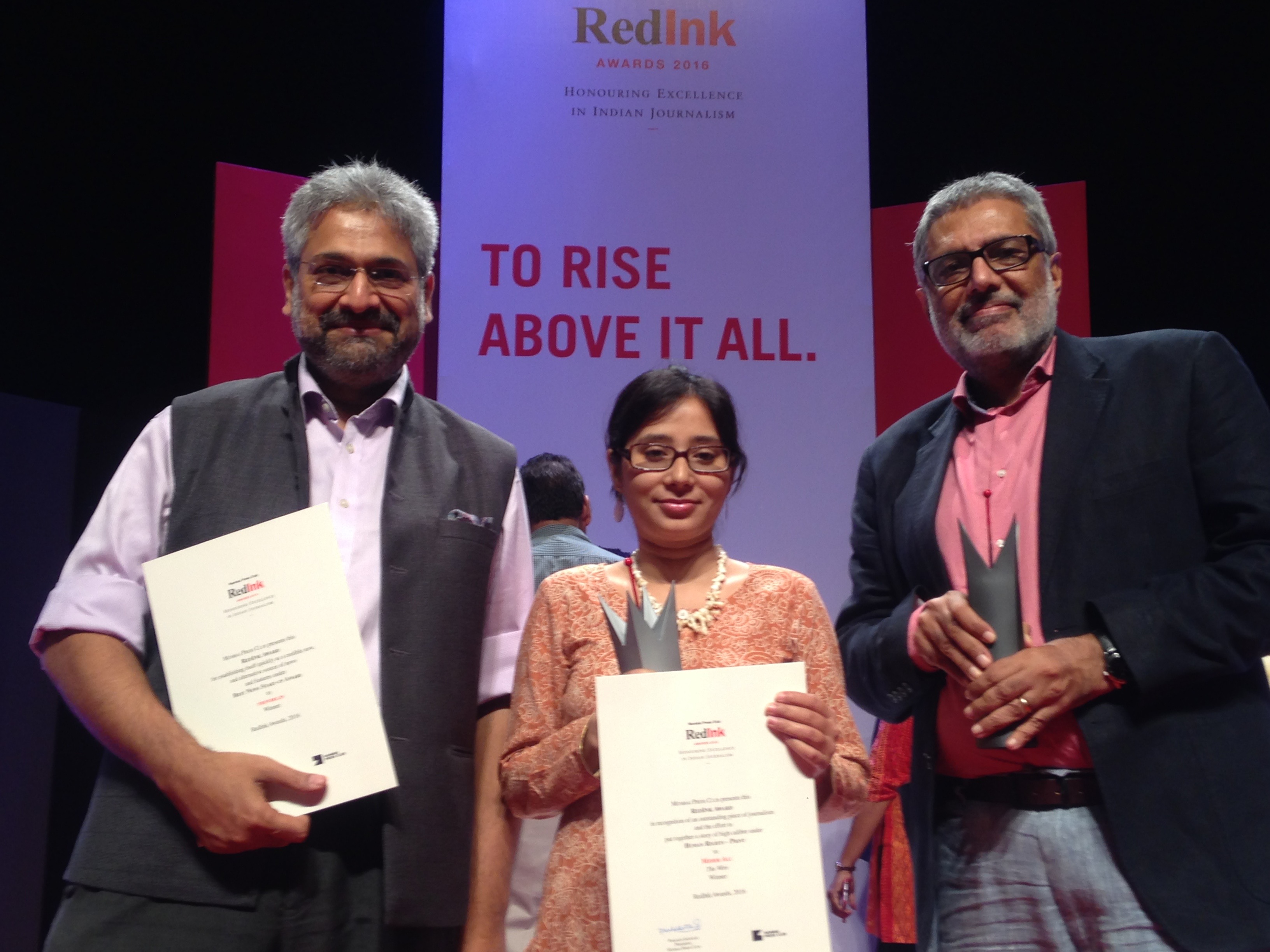 Meher Ali, who won a Red Ink award under the 'Human Rights' category for her story in The Wire on Rohingya refugees, flanked by Siddharth Varadarajan (L) and Sidharth Bhatia (R), founding editors of The Wire. The Wire won the Red Ink for 'Best Media Start-up'.

Mumbai: The Wire was named the RedInk Media Start-up of the Year on April 26 at the sixth edition of the annual RedInk Awards for Excellence in Journalism. The RedInk Awards are hosted by the Mumbai Press Club. The Wire contributor and journalist Meher Ali also won the award for the best print/online story under the human rights category for An Uncertain Refuge: The Fate of the Rohingyas in India. The report was published in The Wire in November 2015.

Veteran journalist T.N. Ninan, who is the chairman and editorial director of Business Standard, was given the Lifetime Achievement award. NDTV India’s senior executive editor Ravish Kumar was named Journalist of the Year. A total of 27 journalists received awards for their work under various categories, including crime, politics, business, environment, sports, health & wellness and lifestyle & entertainment. Entries from The Wire also made it to the short-lists for science, and business.

The RedInk Award for bravery – the ‘RedInk Veer Patrakar Puraskar’ – was posthumously given to journalist Jagendra Singh, and received by his 18-year-old daughter Diksha Singh.

Jagendra Singh, who was based in Uttar Pradesh, ran a Facebook page called Shahjahanpur Samachar, through which he exposed local MLA and Uttar Pradesh minister Ram Murti Verma’s links with illegal sand mining. Singh was set on fire on June 1, 2015, allegedly at Verma’s behest. He lost his life to severe burn injuries on June 8.

At the award ceremony in Mumbai, Maharashtra’s Governor C.H. Vidyasagar Rao called for strong legislation to protect journalists from violence.

Below is the full list of this year’s winners:

Start-up of the Year : The Wire