The Wire is Five

As we said five years ago, we wanted to “reimagine the media as a joint venture in the public sphere between journalists, readers and a concerned citizenry.” We have stuck by that principle and it will continue to guide us going forward. 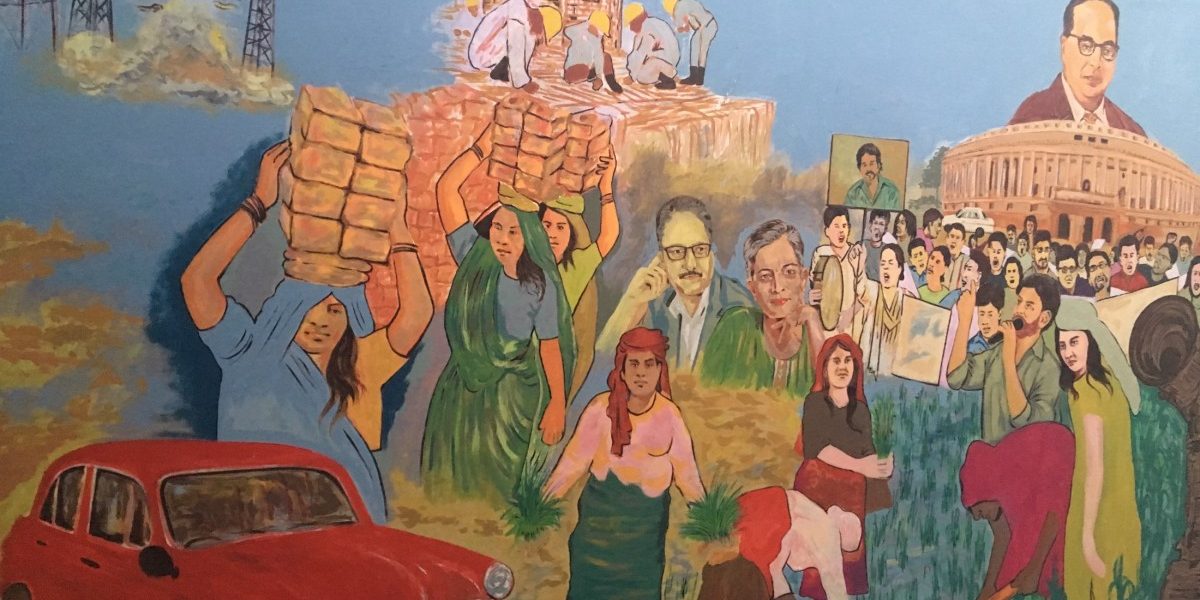 Part of a mural at The Wire's office in Delhi. Photo: The Wire

In a media landscape where some newspapers have a history going back nearly 200 years, a fifth anniversary may appear inconsequential. But digital journalism in India is barely older than half a decade and has, in this short period, faced many challenges – from rapid changes in technology to revenue constraints and official hostility.

When The Wire was launched five years ago this day, the terrain was even more uncertain. The field was much less crowded, and our decision to set up a not-for-profit company instead of raising venture capital or bringing in investors was considered risky. But as our readers and viewers will testify, the bet we took on the main advantage of being non-profit – that it would help our journalism remain fiercely independent – has proved a winning one. The fact that we answer to no ‘boss’ is what has enabled us to follow the story no matter whose toes end up getting trod on.

But even as digital media has flourished, offering a wide variety of choices to a readership that virtually lives online, the same cannot be said for the news industry as a whole, or for journalism as a craft. These five years have seen relentless attacks on the freedom of the press, from within and without, undermining not just its independence but also its credibility. The government sees the media as an institution to be co-opted and used to boost its own image. And several large media houses have willingly bought into this project. Many well-known newspapers and television channels have become glorified gazettes for the government, highlighting its claims and reserving their criticism for its opponents. No searching questions are asked of the government and its leadership, no demands made for their accountability. As for the hysterical television channels and unscrupulous anchors spewing hatred and bigotry, the less said the better.

Those brave journalists who have stood by the principles of their profession have often paid a price. A few have been killed, many have lost their jobs and some are facing court cases. The Wire has had its share of pressures too, not least by way of defamation cases and now a blatantly illegal criminal prosecution. However, our travails pale before the three journalists in Kashmir threatened with the Unlawful Activities (Prevention) Act, and others in Coimbatore, Andaman and elsewhere who were arrested on trumped up charges. There is a reason India has slumped to 142 among 180 countries in the World Press Freedom Index. Yet the response of the minister for information and broadcasting is that his government will soon “expose” such indices.

The One Media House Where You Get Great Values for Money

Make a Donation to The Wire Now!

If The Wire has survived and thrived, it is due to the steadfast support of our readers and viewers who have stood by us and shown their trust by continuing to donate regularly. Without their financial backing, we would not be where we are today.

Good journalism will thrive and prosper

Indian journalism is at a very delicate stage. There are those who argue that the Indian media is beyond redemption, and will never be able to regain its professional integrity. They may have a point. But India still has newspapers, TV channels and websites willing to fight the good fight, and a large number of journalists – many of them young, bright, and dedicated to making a difference. There is also a growing cadre of freelance journalists in every part of the country who pursue stories in the public interest and who help ensure the wilful silence of the Big Media is broken.

There are, literally, thousands of stories to be told. In the aftermath of the lockdown, people who rarely get space in the ‘mainstream’ media – despite constituting the national mainstream – have forced their way into our consciousness. Across India, journalists have risen to the occasion and told their stories, even while some media houses have tried to ridicule them. But Indians want the truth, not embellished propaganda. And that is why good journalism will always prosper.

The Wire’s mission is to bring public interest journalism to its readers and viewers and we know you will continue to support us. As we had said in an editorial note five years ago, we wanted to “reimagine the media as a joint venture in the public sphere between journalists, readers and a concerned citizenry.” We have stuck by that principle and it will continue to guide us going forward.