Edited excerpts of the speech delivered by The Wire Hindi's executive editor Brijesh Singh at the event celebrating two years since its launch.

Two years ago, we launched The Wire Hindi with a small team and big dreams. How has the experience been so far? What have we achieved, or not? Before we begin to discuss these questions, we need to know about the time in which the idea of The Wire Hindi was born. It is also important that we talk about the era in which we are currently working.

If you turn to the news channels, all they have to offer are toxic debates on the Hindu-Muslim issue and fights over temples and mosques. Certificates of nationalism and anti-nationalism are being doled out as freebies.

Also Read: ‘Godi Media’ Has Many Questions for Rahul Gandhi, But None for Narendra Modi

Having turned a blind eye to its responsibilities and duties, a large portion of the media is busy poisoning the minds of people. It is leaving no stone unturned in creating rioters instead of responsible citizens.

Without proof, it is blatantly labelling those who are fighting for the people and their rights as Naxals, traitors and anti-nationals.

It feels no shame in cosying up to the existing government. Instead of putting the perpetrators through the wringer, it is oppressing the victim.

It is an era when the difference between a journalist and a spokesperson of a party or the government has faded away. Communalism brews in news studios round the clock. The issues of the public are different from what is reflected in the media.

An era of fake news

It is also an era of fake news. A whole mechanism of fake news has been established and a well-thought out system of trolls has been created. Both fake news and trolls are no longer on the fringes, but have become a part of the mainstream political project.

Besides social media accounts with unusually weird names, a large chunk of the mainstream media is busy in spreading fake news. Even some cabinet ministers are doing the same. Social media accounts of people issuing threats of rape and murder are followed by Union ministers and even the Prime Minister himself.

A senior journalist is murdered and a person who compares the killing to the death of a “bitch” has his Twitter account followed by the PM. How the Prime Minister of India is connected with such people is one question. But the fact that he does not “unfollow” the account despite all the uproar is an utter disgrace.

A number of reports in the media highlight how the PM is connected on social media with people who brazenly issue threats of rape and murder to those who hold opposing views to the party.

You can imagine that if the prime minister of a country of 1.3 billion people follows such anti-social elements on social media, it must boost their audacity. What kind of tendency is the government promoting?

That’s why I say that The Wire is the need of such times. 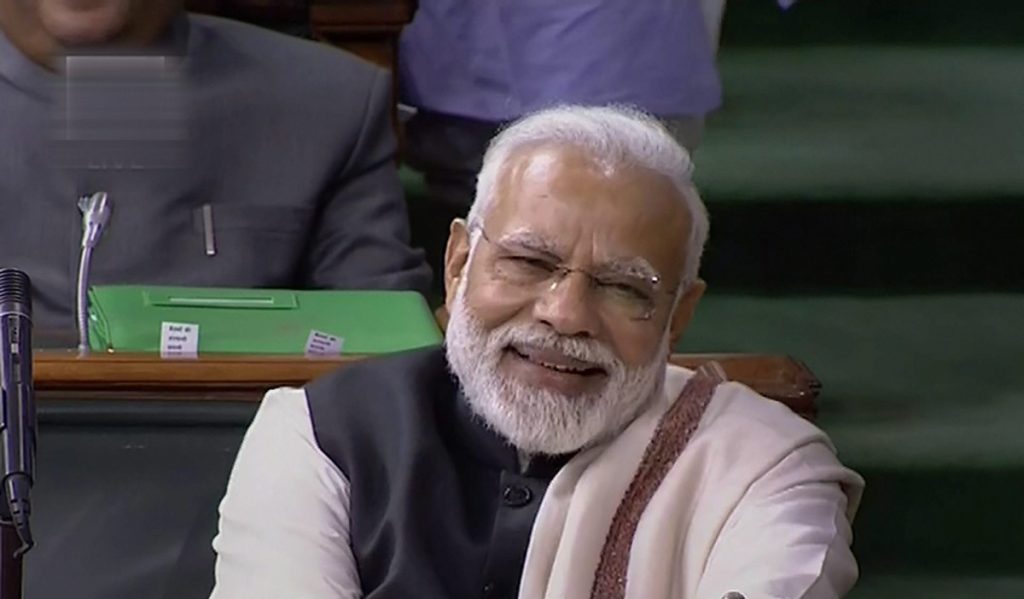 What has The Wire Hindi done over the past two years?

When I think of the last two years, I don’t find anything remarkable that we might have done. Except that we did what every media house and every journalist should be doing. Speak the truth, stand by the weak and persecuted and question those in power. This is what journalism means to us. And this is what we have done in the past two years.

In the last two years, The Wire Hindi covered remote villages, and spoke of Dalits, tribals and backward communities, of the victimised, the poor and the persecuted, of women and minorities, of farmers and students, and of rights and entitlements.

We talked of the constitution and the attacks on it, of organisations and the attempts to alter them. We questioned those in power and those misusing power.

We carried a large number of ground reports, a trend which has almost ended from the mainstream media which is instead busy covering stories of ‘oops moments’ and ‘facts that will shock you’.

We tried to emphatically raise the voices of, and the problems and the issues faced by various quarters of the society, which the mainstream media ignores.

We tried to challenge the mentality that people do not read stories of development, of farmers, tribals, and deprived sections, of malnutrition, poverty and exploitation.

The on-line and off-line reviews of the reports of The Wire Hindi has proved that there is a wide readership of such stories across the country.

The journey, however, has not been a smooth one. The Wire is paying a heavy price for its pro-people journalism. Till date, defamation suits worth thousands of crores have been filed against The Wire. Attempts are being made to scare us, threaten us and stop us. But despite all the challenges that have come our way, The Wire refuses to bow down and give up its principles and values.

The Wire has been able to accomplish all of this just because its strength is the common man/woman of the country. That common man who spares a little amount from his meagre income to support The Wire financially. A large number of people are contributing in order to help The Wire keep going and protect its journalism.

As I talk about the support of our readers, I am reminded of an email sent by a student from Allahabad. He wrote, “You guys are doing a great job. I am studying right now. But when I get a job, I’ll donate my first salary to The Wire. Keep up the good work.”

This thread of affection and hope of the youth for The Wire is what binds us to our responsibilities and never lets us get distracted.

Today, democracy needs independent, public-funded media. It is the only solution to the kind of corporate and governmental pressure under which the media is currently working.

Governments come and go. Politicians also need to understand that honest and unbiased media is in their best interest. It cannot be that when you are in the opposition, the media becomes revolutionary and when you are in power, the media is your lapdog.

We hope that our readers will continue to support us in the future, just as they have remained by our side these past two years.