FIR Against ‘The Week’ for ‘Objectionable’ 1820 Kangra Painting of Lord Shiva, Goddess Kali

Economist Bibek Debroy, in whose column the said picture was used as an illustration, ended his association with the magazine. 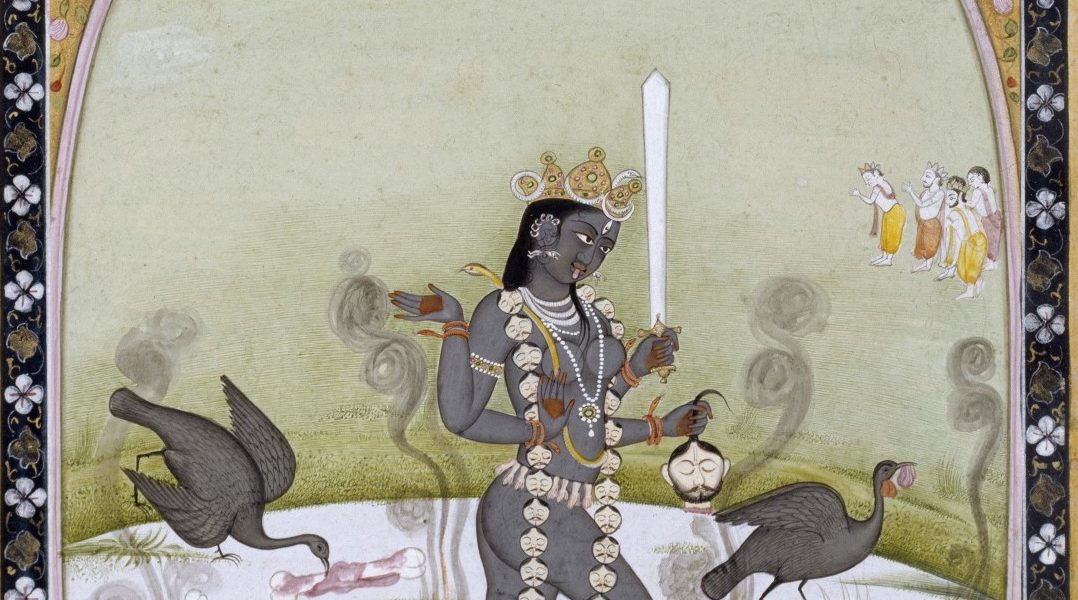 New Delhi: Bibek Debroy has quit as a columnist for The Week as controversy rages over the use of a historical image of Lord Shiva and Goddess Kali in a piece that he wrote for the magazine’s latest issue. On Friday, August 5, a case was registered in Kanpur against the management of the magazine over the alleged objectionable picture.

Police in Uttar Pradesh’s Kanpur registered an first information report (FIR) against the editor and management of the magazine following a complaint Thursday by former Bharatiya Janata Party (BJP) state vice-president Prakash Sharma, who accused them of hurting religious feelings

Bajrang Dal workers also burnt copies of the magazine in Kanpur’s Bada Chauraha on Friday, seeking action against the editors of the magazine brought out in English by the Malayala Manorama group.

The illustration is a Kangra painting from Himachal Pradesh, circa 1820. The scene — depicting Kali standing on top of an unusually light-coloured Shiva, who is lying down on the floor unclothed — was not an uncommon one for artists in north India in the 18th and 19th centuries to paint. A similar painting, from Rajasthan, was auctioned at Christie’s in 2016.

The column, titled ‘A Tongue of Fire‘ and published in the July 24 issue, was authored by Bibek Debroy, who heads the Prime Minister’s Economic Advisory Council. He has criticised the choice of the ‘tantra-based’ image, saying there is a “tenuous link between the content of the article and the picture”.

“I can think of many depictions of Kali. This picture was deliberately to titillate and provoke. At least, that’s the way I perceive,” he said.

Debroy announced that he has ended his association with the magazine as a columnist. After the controversy erupted, Debroy took to Twitter to share the letter he sent out to the magazine’s editor, Philip Mathew, to inform his decision to quit as a columnist for the publication.

I don’t think anyone reads twitter bios. So pointing out, have removed columnist, Week. pic.twitter.com/6yrTq8LT1q

Kanpur deputy commissioner of police (east) Pramod Kumar said a case under 295A of the Indian Penal Code was registered. The section deals with deliberate malicious acts intended to outrage religious feelings.

The DCP said instructions were issued to the investigation officer to probe the charges and take appropriate action.

BJP leader Prakash Sharma said the picture published by the magazine had outraged Hindu sentiments. “The editor and others responsible for this objectionable act should be dealt with an iron hand,” he told PTI.

This is the second controversy in recent weeks over the depiction of the goddess. Last month, Canada-based filmmaker Leena Manimekalai shared a poster of her documentary that showed a woman dressed as Kali smoking a cigarette.

The magazine has offered its “sincere apologies” for publishing the picture and replaced it with another on its website.

“The illustration was taken from the visual image company Getty Images, which describes it as a Kangra painting from Himachal Pradesh, circa 1820. We are genuinely sorry that it has hurt the sentiments of many of our readers and others.”

It said there was an “unfortunate error of judgment on our part in reproducing the illustration”, adding that “there was no mischievous or malevolent intent”.