Several media houses have laid off employees since the country went into lockdown in March. 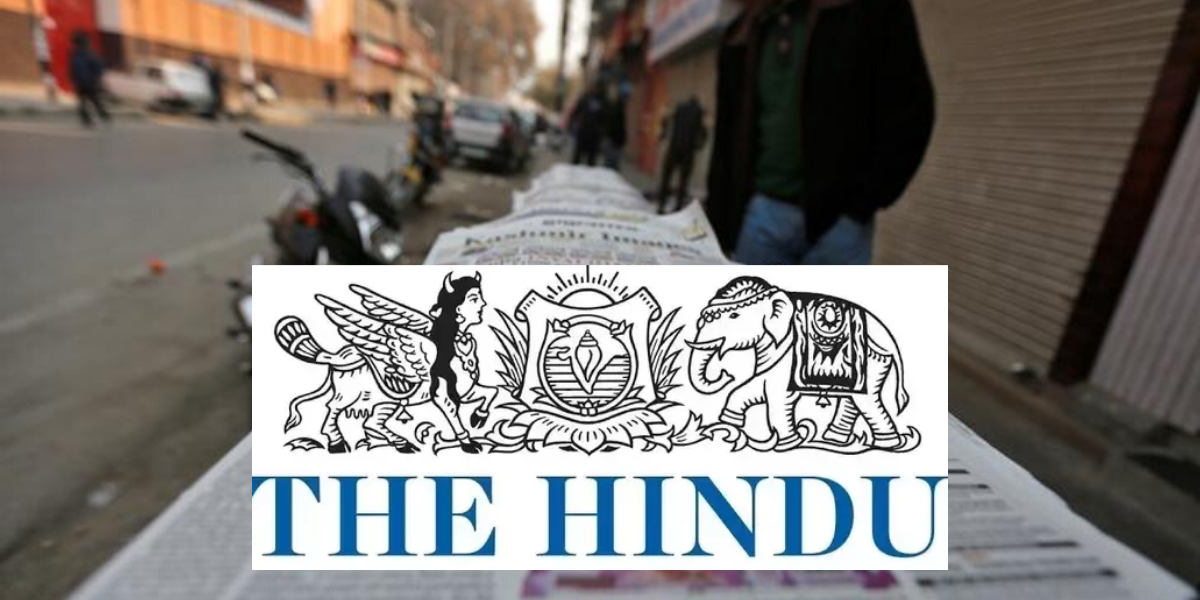 Mumbai: With the COVID-19 pandemic and lockdown of a part of the economy hitting the media industry hard, The Hindu is the latest media company to feel the heat with management laying off 20 journalists from its Mumbai bureau and scale down its editorial operations in the city.

Despite The Hindu group owning its own building in the sought-after Churchgate area, the Mumbai edition of the 142-year-old newspaper started only five years ago, and there are around two dozen journalists, mostly mid to senior level, covering the city and Maharashtra. The outgoing journalists have been formally told by the HR department that they would be paid three months basic salary along with their dearness allowance (DA).

Since its launch, the Mumbai edition is estimated to have bled the group close to Rs 100 crore as circulation never rose much beyond what the newspaper was selling earlier when its Chennai and Delhi editions used to be delivered across the city. The Hindu failed to garner any significant advertising revenue for the edition, with virtually all of the print spend of media planners allocated to the dominant Times of India.

Last week, most of The Hindu‘s journalists in Mumbai were verbally informed by their bureau head about the impending layoffs and it was suggested that they put in their papers and resign on their own. “No written communication was made,” says a senior journalist, who is one of those asked to leave. Since the journalists had not received formal communication, 14 of the 20 reporters wrote a letter to The Hindu’s management seeking clarification over their employment status.

“In light of the speculation surrounding layoffs and the closure of the Mumbai edition we request you for clarity. For all of us, what is of primary importance is our job security. Each one of us undersigned takes great pride in our work and feels that our values are aligned with 140-year-old The Hindu’s sense of integrity and ethics,” the journalists wrote in their letter.

Since then, formal termination letters have been sent out, with each journalist given the option of resigning without loss of termination benefits. 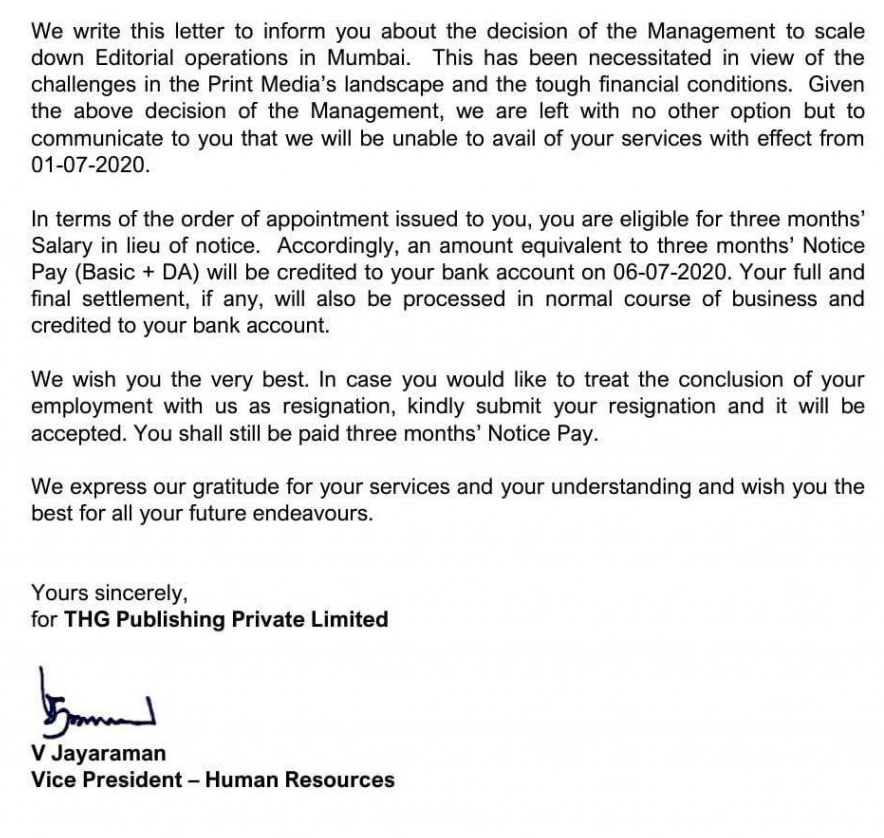 Letter sent by the HR department to reporters at The Hindu late evening on June 22, 2020.

Soon after the journalists’ letter was sent to the management, the Press Council of India suo motu intervened in the matter and sought comments from the editor of the newspaper over the sudden decision to sack its employees.

Journalists in the newspaper have confirmed that along with the Mumbai office, similar decisions have been taken in Karnataka and Telangana bureau of the paper. At least nine journalists have been asked to resign in the paper’s Karnataka office, a journalist with the newspapers said. In Telangana too, close to ten people have been asked to leave. This includes people in the Hyderabad office and several district reporters.

Since the coronavirus-induced lockdown was imposed, the paper has already imposed pay cuts on its employees. Before the letter from the vice president of human resources was sent to the staffers in Mumbai late on June 22, many of them were hopeful that the situation would change. “We have been working hard over the past months. Irrespective of our beats, we have tried to chip in as much as each one of us can into the COVID-19 coverage. Now we don’t know how to manage things ahead,” a journalist told The Wire.

The Hindu is only the latest addition to the list of media houses that have resorted to lay offs as  a “cost- cutting measure” in the wake of the pandemic.

Over the past few months, the Economic Times laid off several of its employees across editions. The Times of India too decided to shut editions and lay off employees. Sakal Times closed down its print edition, laying off over 50 employees, and The Telegraph has closed two of its bureaus and asked around 50 employees to leave. HT Media also asked nearly 150 employees to resign. The Quint, a new media outlet, has sent some staffers on indefinite leave without pay.

The Press Council of India notice to The Hindu appears to be the first time the press watchdog has intervened in this process of retrenchment.