Radio Gaga? Four Issues That Will Decide the Future of Audio

Reports of the death of radio are, as ever, exaggerated – but it could re-engage with younger listeners. 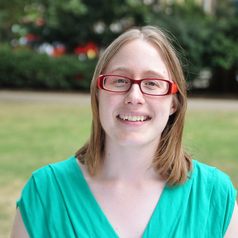 As early as 1934, experts were predicting the demise of radio due to its ephemeral nature – unlike print, cinematic film, or scored music, once broadcast into the ether, it was gone forever. But the key to radio has always been its ability to adapt to changing social and technological situations. More than eight decades later, radio is still reaching 89% of the adult population of the UK (that’s 44.8m people).

The complex relationship between traditional radio and newer forms such as podcast is manifest in the way people consume media in the digital world. The seemingly endless appetite for podcasts has renewed predictions of the end of broadcast radio many times over since it began to take hold around 15 years ago. Podcasting has not killed the radio star, but the relationship remains fraught and not always well understood.

The following issues have emerged again and again throughout high-profile events, including the Nations and Regions in Media (NARM) Conference, the Next Radio Conference, and indeed the Radio Academy’s ARIA (Audio and Radio Industry) Awards, as the defining areas of 21st-century radio and podcasting.

Providing more content for younger listeners is clearly something the BBC is taking into account. Radio 1Xtra Presents: Quarter Life Crisis, a short drama written and performed by rising 20-something BAME star Yolanda Mercy, which was broadcast in April 2018, spoke frankly and refreshingly to young people – framed within a judicious mix of music and comedy.

Available data on podcast-makers suggests, until recently, they have tended to be tech-savvy, male and generally aged 18-24. The radio industry in the UK is therefore keen to engage young people, evidenced by the 30 Under 30 initiative from the Radio Academy. One reason, perhaps, that young people don’t engage more with traditional broadcast radio is because they don’t hear anyone on radio who sounds like they do – this must change.

Class and region on radio

At the 2018 NARM conference, Mancunian student Molly Keyworth – who went on to win an award for Best Radio Documentary – wondered why no one on radio sounded like her. In media depictions, “rural” accents such as West Country are often still designated as a shorthand for stupidity. As linguistics expert Rob Drummond argued on this site, there is no linguistic reason for an accent to be associated with particular characteristics – socially we assign these shared meanings within a culture.

Meanwhile, over time, a certain kind of broadcasting voice has come to be associated with professional radio broadcasting within the UK. The broadcast voice of the BBC in the 1920s and 1930s was a southern English dialect, similar to Received Pronunciation. Regional voices were deemed unacceptable in British radio news reading until World War II and “unmistakably Yorkshire” Wilfred Pickles. Clearly, there is more diversity heard on professional radio broadcasting today – but the standard accent, shorn of regional identity, is still surprisingly ubiquitous across UK broadcasting.

The notion of a “long tail” in digital media was first popularised by the editor of Wired magazine, Chris Anderson, in his 2006 book, The Long Tail: Why the Future of Business Is Selling Less of More. The long tail refers to niche interests which may have fewer consumers, as opposed to the big, popular, blockbuster hits, but are nevertheless being especially catered for in the digital era.

This idea adapts well for podcasting – essentially it means that, in podcast scholar Richard Berry’s words, it enables a diverse array of listeners “to find something that more closely represents their interests”. Nevertheless, podcasting is not a panacea for the perceived ills of traditional radio broadcast. It requires more efficient ways of directing listeners to content and does not cater particularly well for older listeners, due to its proliferation on technologically new platforms, such as online and on smartphone apps (though efforts have been made to reverse this trend.

The statistics support this – while the number of weekly podcast listeners in the UK has almost doubled in five years – from 3.2m in 2013 to 5.9m in 2018 – this still only represents 11% of adults in the UK. As BBC Radio 5 Live’s Chris Warburton argued at the NARM conference, the future of podcasting will be predicated on making it an easier experience for the consumer without losing the anyone-can-do-it nature of podcasting itself.

While half of podcast listeners in the UK are under 35, there is an audience in both broadcast radio and podcasting that remains underserved.

That audience is children. There has been specific, targeted radio content for children from the very beginning of radio. The first original radio drama broadcast in the UK was in 1923, and it was for children: The Truth About Father Christmas. It was broadcast from Newcastle by a “radio auntie,” Phyllis M. Twigg. Children’s Hour was a stalwart on BBC Radio between 1923 and 1967. Now dedicated children’s programming has all but disappeared from UK airwaves.

As Gregory Watson of FunKids Radio pointed out at the NARM conference, children’s radio is underserved, not just in the UK but around the world. Currently, such programming is provided almost entirely by CBeebies Radio and FunKids Radio. While there are a range of programmes available on both platforms, the emphasis is on music, for example on FunKids which is 70-75% pop music. As Johnny Leagas of CBeebies Radio pointed out, children’s TV is a babysitter, while radio is a family experience with a wide potential of engagement. This is an area from which radio broadcasters can learn a thing or two from podcasters.

So while media pundits and the broadcast radio industry itself seem to draw a clear line between radio and podcasting, the truth is that they are interrelated forms – and, thankfully, neither is going to go away any time soon.

Leslie McMurtry is a Lecturer in Radio Studies at the University of Salford.