Stories Behind the Story: Maria Ressa and Why Journalists Need Protection

The arrest of a high-profile journalist in the Philippines has been rightly condemned. But the abuses she has been reporting continue daily. 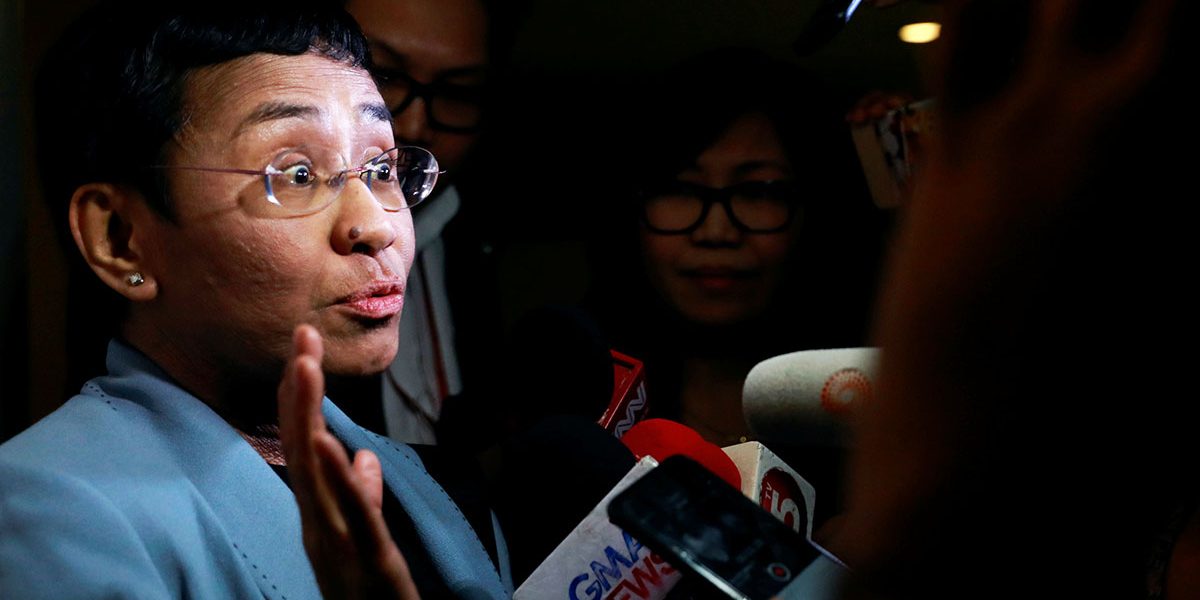 Maria Ressa, an executive of online news platform Rappler, speaks to the media after being served an arrest warrant in Rappler's office in Pasig City, Philippines February, 13, 2019. Credit: Reuters 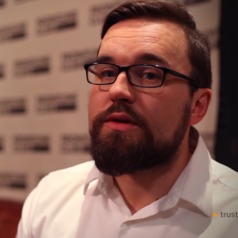 There has rightly been plenty of condemnation for the arrest of journalist Maria Ressa in the Philippines on February 13. Her news organisation, Rappler – which has been critical of the government – has been targeted and maligned for at least a year by an authoritarian but sensitive regime up to its neck in human rights violations.

While Ressa’s arrest (and overnight detention) and the harassment of Rappler staff are deplorable, they are also sadly predictable. The time to worry about media suppression was a year ago, as I warned on this platform. The Philippines’ steady descent into despotism under president Rodrigo Duterte means the world’s focus needs to be on those being killed – and who don’t garner the same amount of column inches of solidarity.

Understandably, nothing rallies the press like an attack on one of their own, especially a feted international star such as Ressa. Vociferous solidarity and protection is of course needed – especially when even such high-profile figures are attacked. But we need to take stock of what happens during these cycles of outrage – and question just how productive they are.

Duterte’s supporters wasted no time in condemning the criticisms. Duterte is winning a culture war against anything even remotely cast as “Western liberalism” – and the media’s attempts to defend Ressa were quickly drowned out by hardline pro-Duterte trolls. The media’s protests risk being confined to echo chambers populated by those who don’t need any convincing that journalists require protection.

Research shows that newspaper opinion columns and editorials still have “a lasting effect on people’s views regardless of their political affiliation or their initial stance on an issue”. Which is, of course, why both authoritarian and liberal politicians alike combat their influence in their own way. But in the Philippines in 2019, this cycle needs to be broken so that the media can find some political power in the country as the fourth estate.

Solidarity alone is not enough to reform as formidable and murderous a regime as Duterte’s. Solidarity is a zero-sum game in 21st-century life. Our capacity for clicktivism is now more global and inclusive, but diluted exactly because of the breadth and depth of the countless issues appearing in our news feeds.

Journalists are under fire globally – as I have written about previously. But it is their stories that are most important. As Ressa herself said:

Stories behind the story

On January 30, peace advocate Randy Malayao was assassinated on a public bus. In November 2018, Benjamin Ramos, a human rights lawyer who was helping a client free of charge, was killed by a motorcycle assassin, one of dozens in his profession killed since Duterte was elected. Farmers and indigenous rights workers are also being killed without accountability. The scale of this political violence is difficult to comprehend and yet you will struggle to read about any of it outside of the Philippines. Concentrated international pressure is desperately needed.

The UK foreign secretary Jeremy Hunt made his first meaningful comment regarding the Philippines to say he was “deeply concerned” about Ressa’s detention in a tweet referencing an editorial in The Guardian condemning her treatment. But without further action, this feels like too little, too late.

“Weaponising the law”, as Ressa claims, is not uncommon in democracies where the primary tool of the state is the rule of law. More acutely, Duterte is brazenly and somewhat successfully politicising the rule of law. Rappler’s supporters – and those who side with the country’s few brave opposition figures – are trapped in a parallel discourse from Duterte’s supporters and the two sides talk past one another rather than to one another. This leaves many ordinary Filipinos lost in a political no man’s land, isolated from and ignored by both camps.

Add to this the militarisation of Filipino society – at first through the murderous “war on drugs” and continued through the application of martial law in the south of the country – and it is a toxic mix. Violence is this regime’s default language, making the world numb with its drip feed of daily death and destruction. By doing away with his critics and platforms of dissent, Duterte is shaping the nation in his own horrific image.

Duterte appreciates Rappler’s power more than most. It brought Filipino politics “online” and modernised political coverage, amplifying it through social media. Duterte supporters ran away with this premise towards the end of the election and have never looked back. Duterte has no apprehension in making Ressa into an emblem for the “liberal elite” – his brand of politics needs antagonists. Ressa, a powerful and confident woman, internationally minded, represents all his enemies – notably the vice president, Leni Robredo, who has denounced Ressa’s arrest, and senator Leila de Lima, who has been jail for almost two years on trumped-up charges.

Duterte has politicised every element of Filipino life and is now cashing in, laying the ground for an even more authoritarian future. One which may well have his daughter Sara – or one of his various acolytes – as the next president. We must seek better protection for journalists around the world – that should go without saying. But we must also listen to and, crucially, act on the stories that journalists such as Ressa are telling.