The rules, would compel platforms such as Facebook, its messaging service WhatsApp and Twitter to remove unlawful content, such as anything that affected the "sovereignty and integrity of India". 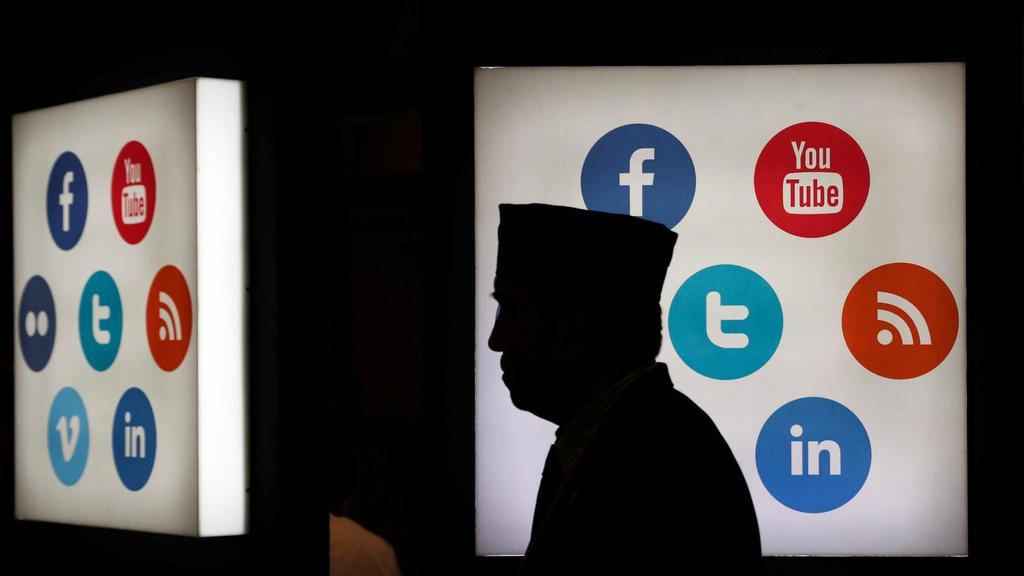 At a time when many of our freedoms are being curbed and several more are under threat, the chaos and noise of the social media is a whiff of much needed fresh air. Credit: Reuters

New Delhi: Global social media and technology giants are gearing up to fight sweeping new rules proposed by the Indian government that would require them to actively regulate content in one of the world’s biggest Internet markets, sources close to the matter told Reuters.

The rules, proposed by the Information Technology ministry on Christmas Eve, would compel platforms such as Facebook, its messaging service WhatsApp and Twitter to remove unlawful content, such as anything that affected the “sovereignty and integrity of India”. This had to be done within 24 hours, the rules propose.

The proposal, which caught many holidaying industry executives off guard, is open for public comment until January 31. It will then be adopted as law, with or without changes.

The move comes ahead of India’s national election due by May and amid rising worries that activists could misuse social media, especially the WhatsApp messaging service, to spread fake news and sway voters.

Industry executives and civil rights activists say the rules smack of censorship and could be used by the government of Prime Minister Narendra Modi to increase surveillance and crack down on dissent. Social media firms have long battled efforts by governments around the world to hold them responsible for what users post on their platforms.

US and India lobby groups, representing Facebook and other companies, have sought legal opinions from law firms on the impact of the federal proposal, and have started working on drafting objections to be filed with the IT ministry, four sources in the sector said.

“The companies can’t take this lying down. We are all concerned, it’s fundamental to how these platforms are governed,” said an executive at a global social media company.

An estimated half a billion people in India have access to the Internet. Facebook has about 300 million users in the country and WhatsApp has more than 200 million. Tens of millions of Indians use Twitter.

The new rules, the sources said, would put the privacy of users at risk and raise costs by requiring onerous round-the-clock monitoring of online content.

Internet firm Mozilla Corp said last week the proposal was a “blunt and disproportionate” solution to the problem of harmful content online, and one which could lead to over-censorship and “chill free expression”.

The IT ministry has said the proposal was aimed at only making social media safer. “This is not an effort to curb freedom of speech, or (impose) censorship,” Gopalakrishnan S., a joint secretary at India’s IT ministry said on Saturday when the ministry ran a #SaferSocialMedia campaign on Twitter.

A Twitter spokesperson said the company continues to engage with the IT Ministry and civil society on the proposed rules.

“This will be like a sword hanging on technology companies,” said Nikhil Narendran, a partner specializing in technology law at Indian law firm Trilegal.

Such regulations are not unique to India. Vietnam has asked tech companies to open local offices and store data domestically, while Australia’s parliament has passed a bill to force companies to give police access to encrypted data. Germany requires social media companies to remove illegal hate speech within 24 hours or face fines.

Nevertheless, the proposal would further strain relations between India and global technology firms. They have been at odds since last year due to federal proposals requiring them to store more user data locally to better assist legal investigations.

The new rules, called “intermediary guidelines”, also propose requiring companies with more than 5 million users in India to have a local office and a nodal officer for “24×7 coordination with law enforcement”.

When asked by a government agency or through a court order, companies should within 24 hours “remove or disable access” to “unlawful” content, they stipulate.

The rules also mandate companies to reveal the origin of a message when asked, which if enforced would deal a blow to WhatsApp which boasts of end-to-end encryption to protect user privacy. WhatsApp has battled criticism after fake messages about child kidnap gangs on its platform sparked mob lynchings in India last year.

“You have created a monster, you should have the ability to control the monster,” a senior government official said, referring to WhatsApp.

“We remain flexible in principle (to suggestions), but we definitely want them to be more accountable, especially the big companies,” the official said.