Irani, who had last month spoken about the need for regulating digital and social media, today said that such rules are required to ensure there is no "one dominant player". 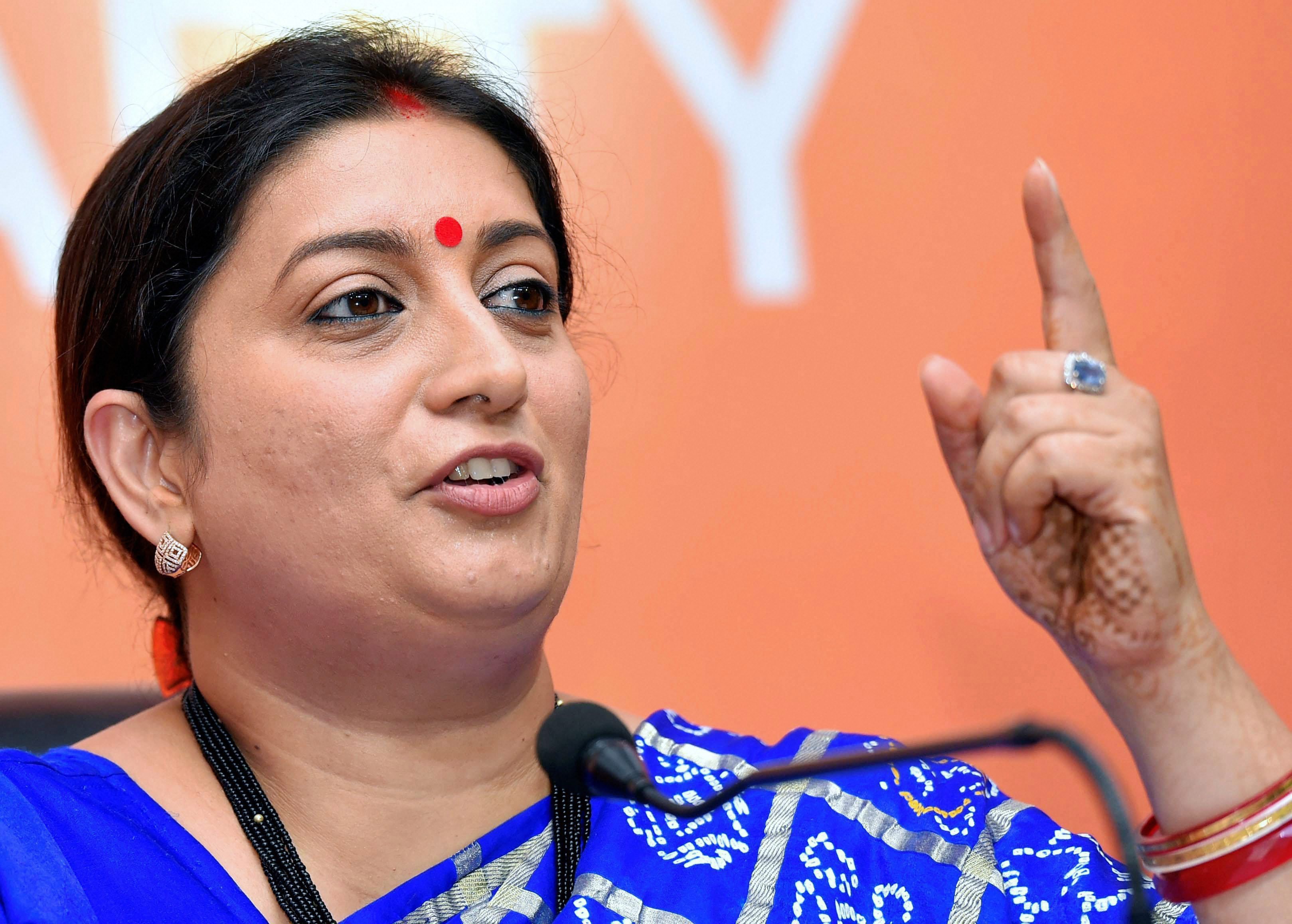 New Delhi, May 10 (PTI) India will have around 969 million internet users by 2021, Union minister Smriti Zubin Irani said today, reiterating her stand that “laws, ethics and rules” are necessary to ensure that no one player dominates the digital media industry.

Inaugurating the 15th Asia Media Summit (AMS) 2018, she said the Indian media industry looks upon the digital world not only as a challenge but also as an opportunity.

Within the next three years, India would have over 969 million Internet users, she said.

“This is the time to put laws, ethics, rules into place which help us balance out the industry so that we don’t have one dominant player who rules the roost,” Irani said.

The three-day media summit is being hosted by the I&B ministry jointly with the Indian Institute of Mass Communication (IIMC) and public sector firm Broadcast Engineering Consultants India Ltd (BECIL). The theme of the summit this year is: Telling Our Stories Asia and More”.

Irani said India was the fastest growing advertising market, which was expected to touch $10.59 billion by the end of 2018, and mobile spend was estimated to grow to $1.55 billion in 2018.

Times Group Managing Director Vineet Jain, who was present at the event, said with more than 900 TV channels and about 17,000 newspapers, India was the most diverse and vibrant media market in the world today.

With the rapid growth of 4G, rising literacy and the fastest-growing large economy in the world, the Indian media market was “as exciting as it gets , he said.

Advertising is the lifeblood of the media industry, but ad spend as a percentage of India’s GDP is the lowest among the world’s largest economies, Jain said.

For Indian media to realise its full potential, he said regulatory reforms were needed across the board to make it easier to do business, remove anomalies in the system and ensure a fair marketplace that benefited the consumer.

Today, e-commerce companies, telecom operators and social networks, all seek to play a role as major media players. But these tectonic changes bring with them new and serious challenges. A level playing field is a pre-requisite for healthy competition, and plurality of voices, Jain said.

With mobile becoming virtually the only screen, telcos will control what you watch, read, consume and transact leading to a near-monopoly situation. The government must discourage further mergers and acquisitions in telecom because that would drastically limit consumer choice.

For the same reason, it should bring laws against telcos owning and favouring its content over others just as TV channels are not allowed to own majority stakes in cable networks. India needs a healthy, diverse and competitive media ecosystem, he said.

He also urged India to take a more pro-active stance by holding digital platforms accountable for the content they propagated.

Digital media platforms, such as Facebook, Twitter, WhatsApp, and YouTube, were “enablers of great conversation”, but are also hotbeds of misinformation, propaganda and fake news, he warned.