'It was quite disturbing because seditious law in Hong Kong is a kind of speech crime that the government can use whenever it needs,' a law fellow said. 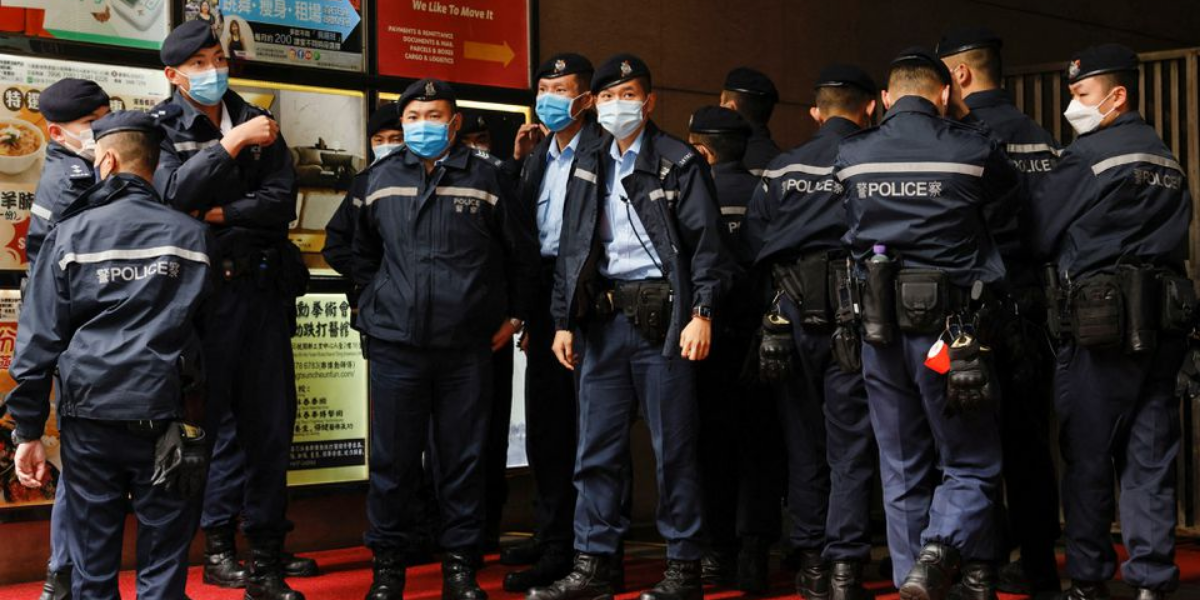 The six have been arrested for “conspiracy to publish seditious publications,” the government added in a press release.

Former editor-in-chief Chung Pui-kuen and four board members who resigned in June were among those arrested, according to local media.

Hong Kong police said in a press release that they had conducted a search against an “online media company,” deploying over “200 uniformed and plainclothes police officers.”

The official police statement did not identify those who were arrested but said they were three men and three women, aged 34 – 73.

Chan, who is also a deputy editor at Stand News, said that police confiscated his computer, mobile telephone, tablet device, press pass and bank records during the early morning raid.

He was taken away for questioning but was later released, his organisation said.

Police said in a statement that they were conducting a search with a warrant authorising them “to search and seize relevant journalistic materials.”

Stand News posted a video on Facebook of police officers saying they had a warrant to investigate the “conspiracy to publish seditious publications.”

Eric Lai, Hong Kong law fellow at Georgetown University’s Center for Asian Law, told DW that the arrests would be a “dangerous precedent” as the government can arrest people “retroactively.”

“The charge of seditious publication was also used to charge the unionists who published the children’s book a few months ago,” Lai said, referring to five people being detained in July for publishing a book called Defenders of the Sheep Village.

“It was quite disturbing because seditious law in Hong Kong is a kind of speech crime that the government can use whenever it needs, once they interpret any expression or publications that are anti-government.”

The Committee to Protect Journalists (CPJ) described the raid as “an open assault on Hong Kong’s already tattered press freedom” and called for charges to be dropped.

A crackdown on dissent

This is not the first time Hong Kong police have conducted raids on journalists.

In June, hundreds of police raided the premises of the pro-democracy newspaper Apple Daily. The paper’s executives were arrested for “collusion with a foreign country.”