Israel's military said in September that Shireen Abu Akleh was likely unintentionally shot by an Israeli soldier but could have also been hit by Palestinian fire. 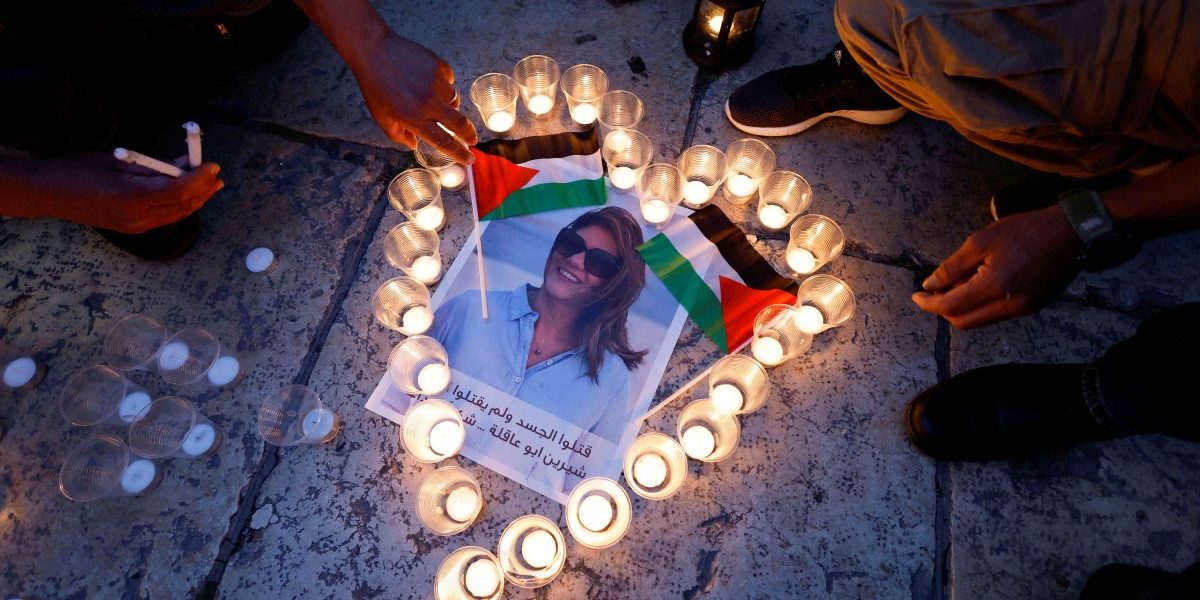 FILE PHOTO: People light candles during a vigil in memory of Al Jazeera journalist Shireen Abu Akleh, who was killed during an Israeli raid, outside the Church of the Nativity in Bethlehem, in the Israeli-occupied West Bank, May 16, 2022. Photo: Reuters/Mussa Qawasma

Jerusalem: Israel will not cooperate with any external investigation into the killing of Al Jazeera journalist Shireen Abu Akleh, Defence Minister Benny Gantz said on Monday.

Media reported that the US Federal Bureau of Investigation (FBI) has launched a probe into the killing of the Palestinian-American reporter, who was shot while covering an Israeli raid in the occupied West Bank city of Jenin in May, wearing a protective press vest and helmet.

“The US Justice Ministry’s decision to investigate the unfortunate death of Shireen Abu Akleh is a serious mistake,” Gantz said in a statement.

The US Justice Department and FBI declined to comment on the reports.

Israel’s military said in September that she was likely unintentionally shot by an Israeli soldier but could have also been hit by Palestinian fire.

Palestinian officials and Abu Akleh’s family have said they believe she was killed deliberately by Israeli forces and have rejected Israeli statements that there were militants around where she was standing.

Other witness accounts of the incident have disputed that Israeli positions were under fire from the area where Abu Akleh was standing when she was killed.

One of the most recognisable faces reporting on the Israeli-Palestinian conflict for two decades, Abu Akleh’s death triggered outrage across the world, particularly after police beat mourners at her funeral in Jerusalem.