What is a Headline's Relationship With an Article About Uncertainty?

Many articles are beginning to deal with objects that may not exist but are worth writing about because of hope. Has this prompted science writers to think about their writing? 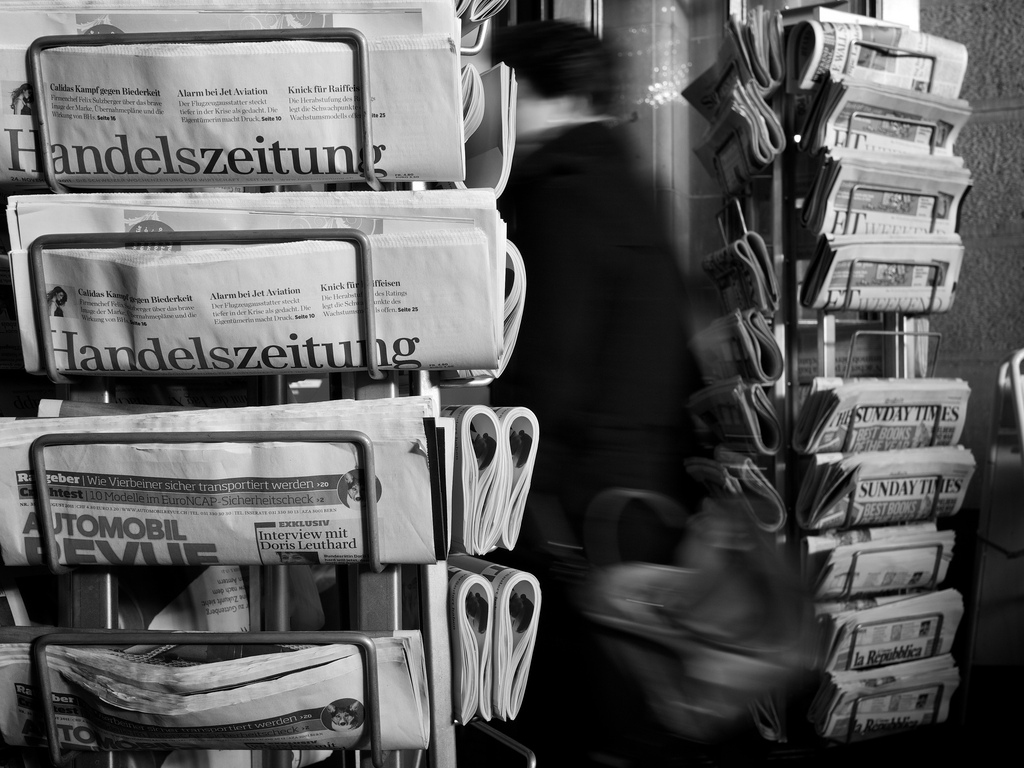 A headline has at least two responsibilities: to be cognisant of an interesting scientific idea, perhaps nuanced, as well as to quickly captivate the reader. Credit: thomasleuthard/Flickr, CC BY 2.0

The headline of a Nature article published on December 9 reads ‘LIGO black hole echoes hint at general relativity breakdown’. The article is about the prediction of three scientists that, should LIGO find ‘echoes’ of gravitational waves coming from blackhole-mergers, then it could be a sign of quantum-gravity forces at play.

It’s an exciting development because it presents a simple and currently accessible way of probing the universe for signs of phenomena that show a way to unite quantum physics and general relativity – phenomena that have been traditionally understood to be outside the reach of human experiments until LIGO.

The details of the pre-print paper the three scientists uploaded on arXiv were covered by a number of outlets, including The Wire. And The Wire‘s and Forbes‘s headlines were both questions: ‘Has LIGO already discovered evidence for quantum gravity?’ and ‘Has LIGO actually proved Einstein wrong – and found signs of quantum gravity?’, respectively. Other headlines include:

The headlines are relevant because: Though the body of a piece has the space to craft what nuance it needs to present the peg, the headline must cut to it as quickly and crisply as possible – while also catching the eye of a potential reader on the social media, an arena where all readers are being inundated with headlines vying for attention.

For example, with the quantum gravity pre-print paper, the headline has two specific responsibilities:

Now, the thing about covering scientific developments from around the world and then comparing one’s coverage to those from Europe or the USA is that, for publications in those countries, what an Indian writer might see as an international development is in fact a domestic development. So Nature, Scientific American, Forbes, Futurism, etc. are effectively touting local accomplishments that are immediately relevant to their readers. The Wire, on the other hand, has to bank on the ‘universal’ aspect and by extension on themes of global awareness, history and the potential internationality of Big Science.

This is why a reference to Einstein in the headline helps: everyone knows him. More importantly, everyone was recently made aware of how right his theories have been since they were formulated a century ago. So the idea of proving Einstein wrong – as The Wire‘s headline read – is eye-catching. Second, phrasing the headline as a question is a matter of convenience: because the quasi-discovery has a statistical significance of only 2.9 sigma, a question signals doubt.

But if you argued that a question is also a cop-out, I’d agree. A question in a headline can be interpreted in two ways: either as a question that has not been answered yet but ought to be or as a question that is answered in the body. More often than not and especially in the click-bait era, question-headlines are understood to be of the latter kind. This is why The Wire copy’s headline was changed from ‘What if LIGO actually proved Einstein wrong…’ to ‘Has LIGO actually proved Einstein wrong…’.

More importantly, the question is an escapism because it doesn’t accurately reflect the development itself. If one accounts for the fact that the pre-print paper explicitly states that gravitational-wave echoes have been found in LIGO data only at 2.9 sigma, there is no question: LIGO has not proved Einstein wrong, and this is established at the outset.

Rather, the peg in this case is – for example – that physicists have proposed a way to look for evidence of quantum gravity using an experiment that is already running. This then could make for an article about the different kinds of physics that rule at different energy levels in the universe, and what levels of access humanity has to each.

So this story, and many others like it in the past year that all dealt with observations falling short of the evidence threshold but which have been worth writing about simply because of the desperation behind them, have – or could have – prompted science writers to think about the language they use. For example, the operative words/clause in the respective headlines listed above are:

Granted that an informed skepticism is healthy for science and that all science writers must remain as familiar with this notion as with the language of doubt, uncertainty, probability (and wave physics, it seems). But it still is likely the case that writers grappling with high-energy physics have to be more familiar than others, dealing as the latest research does with – yes – hope and desperation.

Ultimately, this author may not be the perfect judge of what words work best when it comes to the fidelity of syntax to sentiment; that’s why a question was used for a headline in the first place. But it would be very interesting to know how writers choose and have been choosing their words, if there’s any friction at all (in the larger scheme) between the choice of words and the prevailing sentiments, and the best ways to deal with such situations.

This article was originally published on Gaplogs and is republished here with permission.